Expectations are high for the Leafs, as they should be 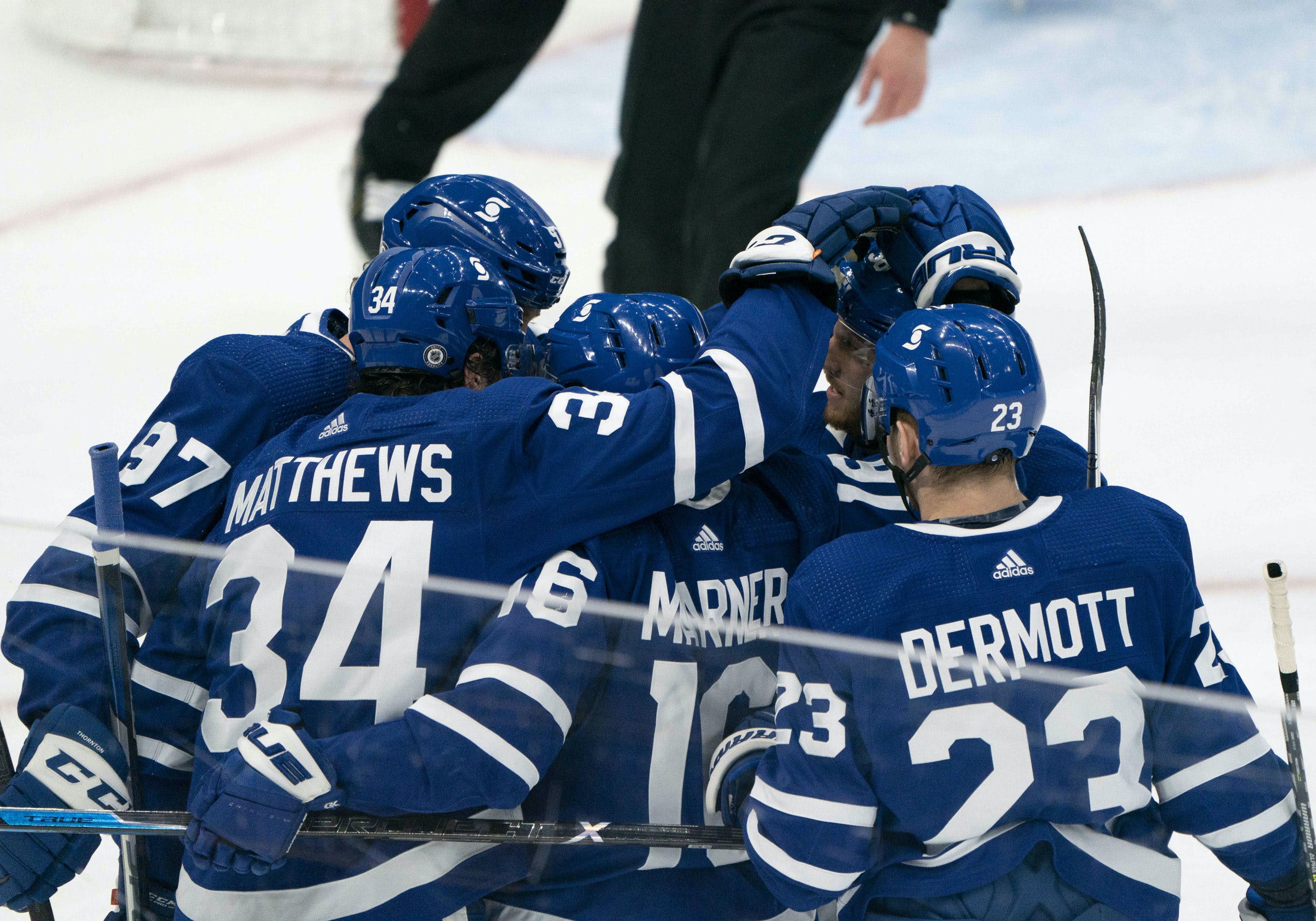 By Jon Steitzer
1 year ago
Now that the Leafs have officially been named the best team in Canada, or Canada’s team, if you will, it’s time to shift the focus from being first in the division to actually winning a playoff round. Given that there isn’t a Boston or a Tampa to contend with and the Leafs worst record against a playoff bound North Division team is presently 6-3-0 (Jets), it seems like it’s okay to set our expectations a little higher than just winning a round. As we kick off a week of playoff previews on The Leafs Nation we will layout our responses to the simple question, “what are your playoff expectations for the Leafs?”

I would expect the Leafs to get past their first and second round opponents, given that they’re from the same division where the Leafs have won every season series this year. Beyond that, I’m expecting disappointment when the Leafs have to face a tougher opponent, be it the Lightning or whoever.

I think expectations should be kept at a minimum until the Leafs can prove they are cable of winning a playoff series. Simply put, how this season is viewed will be on how they do in the playoffs and there are zero excuses if they fail yet again. Should they actually do it, then I’ll sing a different tune. Until that happens, I’m not getting suckered in so easily after being traumatized by this team in the postseason for the past decade.

Third round or bust for me. It’s not enough to win a their first round against a team that’s going to fall in the 15th-17th range in league standings. They need to win a North Division title for this season to be considered a step in the right direction.
It’s the third round where things get interesting. Do they play Boston for the fourth time in 8 years? What about a rematch against Washington from 2016? Can they persevere against Sidney Crosby and the Pens? Or, do they have a date with the “totally over it” Isles? Plenty of interesting narratives in those potential third round matchups, but let’s not get too far ahead of ourselves. Win a round, shut down the “but can they win in the playoffs” narrative, and use it to build.

Win the whole damn thing. Is it silly to expect this type of thing from a team that has yet to win a playoff round since they drafted Auston Matthews back in 2016? Probably. Is it silly to expect this in a league where the best team only has roughly a 15-20% of winning the Stanley Cup because of the sport’s randomness? Absolutely. Here’s the reality of things, the Maple Leafs are probably behind schedule if we’re being honest. Early in the rebuild, everyone loved to compare the Buds trajectory to the Pittsburgh Penguins and the Chicago Blackhawks, but here we are, five years down the line, with quite literally nothing to show for it. By almost every available public model, the Maple Leafs are a top 3 team in the NHL. Dom at the Athletic has them at an 18% chance to win the Stanley Cup, second only to the Colorado Avalanche. Moneypuck has them as one of only three teams with double-digit odds to win it all. Micah Blake McCurdy has them as one of only two teams with double-digit odds as of a few days ago. We’re past the point of moral victories! Remember when this team got a standing ovation for getting knocked out in six games back when they played the Washington Capitals? That was four playoff exits ago! We should be well beyond the point of any “at least they did something” types of discussions that would follow winning one or two playoff rounds this year. Nobody in the North Division is in the same universe as the Maple Leafs and the team should be good enough to go toe to toe with anyone else. Time is up for excuses. This isn’t to say that it’s a do-or-die year but, boy howdy, do the Maple Leafs need to get the show on the road.

Not as comprehensive an analysis as others have provided, but I’m gonna keep it short and simple: anything less than being crowned kings of the North would and should be viewed as an absolute failure and complete waste of a season. And if they get that far, why not go for the big prize? Barring a string of catastrophic injuries, it’s Cup or bust.

I have two different expectations for the Leafs this year. My actual expectations are quite simple: at least making the third round, mostly because the Leafs have shown all season that they are the class of the North division and should be able to beat any of their opponents in a playoff series.
That said, one of the biggest things I’ve learned about hockey as I’ve watched it over the years is how much of a factor luck comes into winning games, and even a sample size as small as a best of seven playoff series. It’s something that, no matter how good the Leafs are and how they outmatch their opponent, they have absolutely no control over. Look at last year’s series against the Blue Jackets. The Leafs were the better team on paper, outplayed the Blue Jackets for most of that series, but lost because they had some of the worst shooting luck ever seen in a playoff series.
If the Leafs walked into a playoff series against the Jets, they should beat them, but there’s nothing stopping Connor Hellebuyck standing on his head for the series even if the Leafs outplay an otherwise weak Jets team. That’s why my second expectation is this: I want the Leafs to be the better team in the first two rounds. If they dominate possession and scoring chances, but lose because of bad luck in the first two rounds, I’ll be upset because this would’ve been a great opportunity for them to go deep, but not upset to the point that I think they should make drastic changes, because the team is still really good, they just had some bad luck.

Win it all. The Leafs have every piece needed to do the thing. They have the depth, the goaltending, the toughness and the goalscoring needed. I don’t know if I’ve ever thought in my big head that they could win this (I’m joking, I think it every year), but trust me, this is it. I hope.

Quite simply I don’t think my heart can take losing a playoff round to a Canadian team. Even if McDavid keeps playing at superhuman levels the rest of the Oilers team is too much of a joke to justify losing a series to him. With that being said I still want the Leafs to win an honest playoff round, I just don’t think they have one of those until the Conference Finals based on how they’ve outmatched their North Division opponents. I need to see the Leafs beat one of the best out there, and actually advance to the Cup Finals. Certainly I’d love to see them win, but for now I’ll just put my expectations at them being there. If they don’t make it past the Conference Finals I would hope there are some repercussions for that instead of resting on the knowledge that this team is very good on paper.
So those are our expectations. Let us know yours in the comments below and tell us if we are setting the bar too high.
Uncategorized
Recent articles from Jon Steitzer