Finding hope for the Leafs in the Oilers playoff run 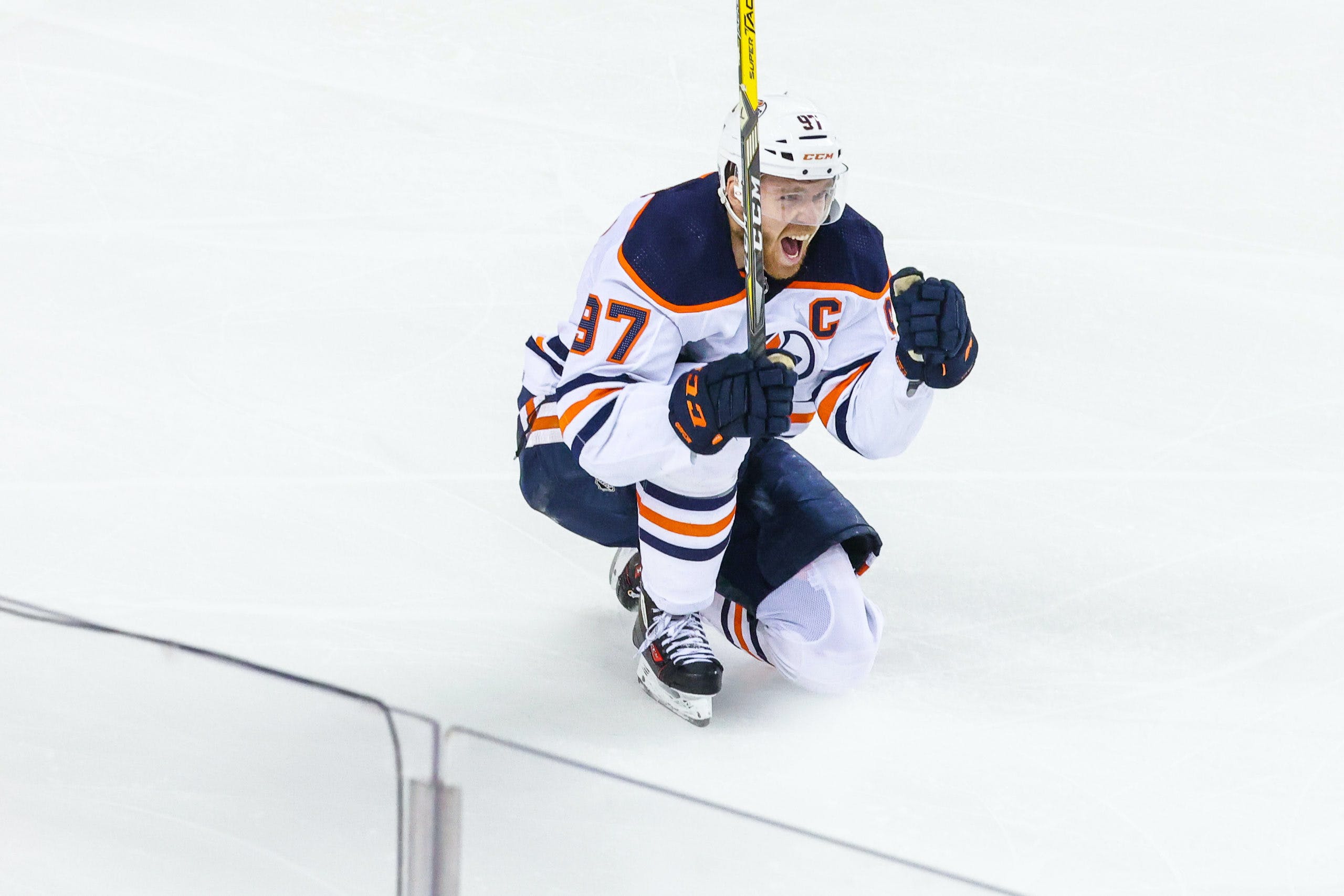 By Jon Steitzer
6 months ago
There’s not often a lot of positive things said on this site about the Oilers. I mean, they are the Oilers, there are plenty of reasons not to like them, not limited to the fact that they are using up McDavid’s prime before he can return to Toronto and they took our Hyman from us. Still, this post is about bygones being bygones and appreciating their playoff run for what it is, a lesson to the Leafs and their fans that sometimes things can break your way.
The Oilers certainly have a more significant opportunity to have things break their way while playing in the Pacific Division. The Atlantic Division is stocked with The Beatles, The Rolling Stones, Led Zepplin, and CCR. The Pacific Division is like a battle of Eagles tribute bands. It’s not exactly stiff competition, and Connor McDavid and Leon Draisaitl being able to take it over on a moment’s notice shouldn’t be a surprise.
What was a surprise was Mike Smith not only not being terrible, but being dominant at times throughout the first two rounds. If Jack Campbell’s November wasn’t already a lesson in that for the Leafs, Mike Smith is a masters level education in how any NHL goaltender can go on a run, and if it comes at the right time, well, there’s a very good chance that a lot of Albertans born in 2022 will be named Schmiddy.
Maybe what we can also take from this is the similarities between forwards led by McDavid, Draisaitl, Kane, Nugent-Hopkins, and Hyman with Matthews, Marner, Tavares, Nylander and Bunting. With the exception of the Oilers forward groups willingness to establish themselves in traffic, those groups of five are very similar, and not meant to start another exhausting round of who is better (for the record I think Matthews had the better regular season, but there are things on the ice that McDavid is the only player in the world can do), so we’ll just land on the fact that the Oilers are still playing so they don’t need to care (and shouldn’t care) about who is better. For those of us on the Leafs side of it, let’s take comfort in the fact that what has been built can work.
The Oilers needed to go to seven games to get past the LA Kings. On paper getting past the LA Kings seems a lot easier than getting past the Tampa Bay Lightning, and with an unfortunate no goal call against the Leafs in Game Seven, we can kick rocks all summer, and tell ourselves that the Leafs could have cruised past the Panthers in the same fashion that the Oilers cruised past the Flames. If this provides you with comfort, I’m not going to take that from you.
While the Oilers certainly took major strides after moving on from Dave Tippett, looking at who is left in the final four (err, five since the Rangers and Canes are still unresolved as I write this), the Oilers are the most flawed team, and the likely underdogs for the Conference Finals. There’s something to be said for anything can happen in the playoffs and while the Oilers have been playing well, this proves that any team can elevate themselves at the right moment, and maybe at some point we’ll get that from the Leafs.
In the meantime, Go Avs!
More from TheLeafsNation.com
POINTSBET IS LIVE IN ONTARIO