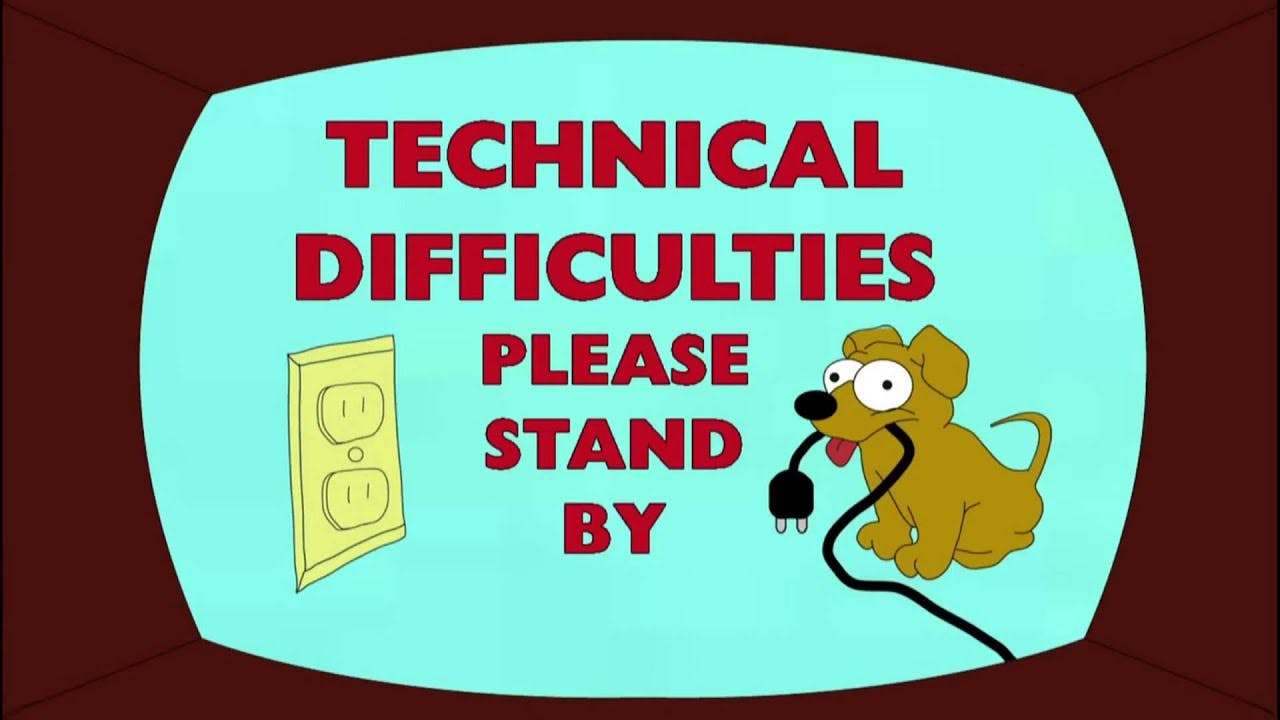 By Jon Steitzer
1 year ago
In the past 16 games the Leafs have scored on the powerplay exactly one time. They’ve had 38 opportunities in that time. They’ve been outscored on the powerplay having given up two shorthanded goals during that time. I’m pretty sure we can make the argument that if the Leafs did nothing, the powerplay would eventually improve beyond 2.6% effectiveness (coincidentally Taylor Hall’s success rate this season as well), but our crew here at TheLeafsNation.com has some ideas that might fix it quicker, and beyond simply bringing it above rock bottom.
Here they are:

I’ve always been an advocate of having inverted wingers on the power play. I think you need a presence behind the net as well, so your net front role and your “bumper” role shift down to be a behind the net and front of the net combo. The behind the net player sets up the one timers for the inverted wingers or dishes to the point if they’re covered. The net front and behind the net players are both down low to clean up pucks and maintain possession. It’s a bold strategy as you’re very deep in the zone, so you’re going to have a really tough time defending a shorthanded break, but I think this is the best formation for generating the most dangerous chances.

Strap their eyes open clockwork orange style and make them watch highlights of the 1950’s Canadiens whose powerplay was so good the NHL had to change the rules.That or just accept that a drought like this isn’t sustainable, and neither is the 40% success rate the team had at the beginning of the season. The Leafs powerplay ability exists somewhere between the two.

There are a number of issues that have plagued the Leafs’ powerplay throughout their recent drought but the two most glaring for me have been the inability to gain the zone to establish clean possession and the fact that they are very predictable in the way they run everything from the top of the zone.
Too often on entries, the trailer (usually Marner or Matthews) picks up the drop pass but by the time they are entering the zone, everyone is standing still to stay on side and the puck carrier has no one moving with him to provide an option on the entry. I think that trying to enter the zone as more of a unit – at least once in a while – will lead to more controlled entries and in-zone set ups.
Once they are in the zone with possession established, I think they need to diversify their attack. Everything is very static right now and the puck is typically moved between the two players on the half wall and the point man before one of them fires a shot towards the net. Earlier in the season when the powerplay was converting at an elite clip, there was more puck movement down low and more player movement off the puck. Low-high puck movement gets defenders turned around and more off-puck movement forces penalty killers to make decisions, which in turn opens up different passing lanes.
The Leafs are going to need their powerplay to bounce back as they head into the stretch drive and I think that if they can get back to doing some of these things, they will once again find success.

To start, I would load up the power play with Tavares, Matthews, Marner, Nylander (when back from COVID protocol), and Rielly. Most of the time, the first unit that’s on the ice gets the majority of the ice time. Once PP2 actually sets up in the offensive zone, there’s less than 40 seconds left. Although I like when they switch it up, I do prefer having Matthews and Marner on their non-one timer side. Marner has multiple options to pass to when moving in from the side boards plus Matthews ability to catch and shoot makes this as dangerous as a one timer.
Toronto has enough secondary PP options to create a formidable unit. I’d play Simmonds in front, Thornton in the bumper, and Spezza and Galchenyuk on the half boards. Lately Toronto’s been playing Muzzin at the point and it hasn’t worked out in my opinion. I’d rather play Brodie instead as he’s superior to Muzzin in walking the line, receiving passes and is more mobile. Neither are great options as PP2 defensemen but are Toronto’s next best options after Rielly.
I do think their power play has been better than their results suggest. They are still creating chances at a strong clip and their luck should turn around soon. Hopefully it happens sooner rather than later with playoffs around the corner.

I have 2 ideas for how I’d want the Leafs to attempt to fix their Powerplay:

This current iteration of the Leafs PP is way too stagnant and predictable and teams have clearly learned to defend against it. It also doesn’t help that the Leafs have had some extremely bad shooting luck, but the issues are largely due to predictability, both on entries and play choices.
Mike Johnson provided some brilliant analysis a few days ago where he looked at Winnipeg and Colorado’s powerplays and how they use the back of the net to gravitationally pull penalty kill units closer to the net, setting up quick one-timer plays from up high that defenders cannot get in front of. I’d like to see the Leafs use more of the offensive zone ice than just unimaginatively passing it from Marner to Rielly to Matthews to Rielly to Marner to Rielly to Matthews to Rielly to Marner and then having a cross-seam pass blocked. It’s agonizing seeing a powerplay that is so loaded with talent being held back by a lack of creativity.
I think it’s also time to get chaotic. Let’s start using the bumper play more, where a hard pass is sent into the slot for a tip (see: Bozak’s OT winner against Washington in 2017 playoffs). Start shuffling bad angle shots to the net to force goaltenders to make awkward saves and defenders to abandon structure and scramble.
And for the love of Papi, Marner needs to stop shooting from far out on the powerplay. He has the third-most PP shots this season (Matthews 41, Tavares 26, Marner 20, Rielly/Nylander 18) with 0% shooting. He just doesn’t have the power to beat goaltenders with regularity from where he plays on the man advantage.

I think the Leafs need to start by figuring out who will be on which PP unit because the last few weeks has seen a lot of instability. Granted, there has been a number of injuries that has prevented there to be some consistency on who slots where, but it’s hard to build chemistry when players get shuffled around so frequently. Once they find a combination that works, they need to run with it as long as they can. Perhaps going back to using the top u it for as long as they can could work well as your odds of scoring go up using that strategy. Then all that’s left is to get the players to not be impatient and find different ways to get the puck to the net because I think the lack of success is getting to the players mentally and making them take uncharacteristic decisions.

The one thing that is missing this year is the absence of anyone letting the Leafs know when it’s time to shoot. Perhaps Toronto can consider allowing Toronto’s loudest, drunkest uncles into Scotiabank Arena to help assist the Leafs powerplay.
Of course that’s a challenge with COVID protocols, so we’ll have to consider other options. The biggest issues as I can see them, is the lack of a substantial point shot, the lack of understanding what a real net presence does, and predictability.
The lack of a solid point shot has been a constant since the departure of Jake Gardiner from the top unit. While Morgan Rielly is the more capable powerplay defenseman, he’s not who you want shooting, and it makes the likelihood of him passing is, you guessed it, predictable. I wouldn’t say that going with Muzzin on the top unit instead of Rielly is a good idea, but personally I’d consider Jason Spezza as a heavy point shot, even if he means downgrading the rest of the top unit. Muzzin ends up as the heavy on the second unit, and the Leafs have two valid point shot options.
The lack of understanding what a net presence is leads to the next issue. John Tavares is a perfectly good net presence. He doesn’t need to impose himself on defensemen, he just needs to know how to play down low, deflect pucks, and sweep in rebounds. Tavares does both of these things incredibly well. There’s no need for Zach Hyman, Wayne Simmonds, or inevitability Nick Foligno to serve that role in addition to them. Zach Hyman is a perfectly fine option for the second unit.
The predictability factor has been an issue since it’s pretty clear on the top unit Marner and Rielly are going to be passing, Matthews and Tavares are going to be shooting, and the only wild card is when Nylander is there, he’s used in either role, but is often the primary puck carrier into the zone. Similar role predictability exists for Thornton with passing, and Simmonds and Hyman as net presence guys. Galchenyuk has been setting up as Matthews-lite, and it’s likely Robertson will be used the same way. Even guys like Muzzin and Spezza are the predictable heavy shots, even though I’m lobbying for their inclusion.
So what’s the fix? I’d argue relying on players doing more then their one usual thing. William Nylander is a jack of all trades, and despite Matthews and Marner excelling as a sniper and playmaker respectively, both of them have plenty of versatility as well. Rielly needs to not be considered the playmaker, but a backdoor option who can swiftly sneak in from the point, and like I said, I don’t mind the idea of putting someone like Spezza on that top unit so there’s some threat from the point.
Putting Tavares on a second unit with Galchenyuk, Hyman, Thornton, and Muzzin sets the Leafs up for a dominant shooting gallery, and one that can approach the powerplay very differently than the first unit. Of course, this is me talking out my ass, and frankly if the solution was this simple, the Leafs would have addressed it by now.

What do you think? How would you fix the powerplay? Let us know in the comments.
Uncategorized
Recent articles from Jon Steitzer