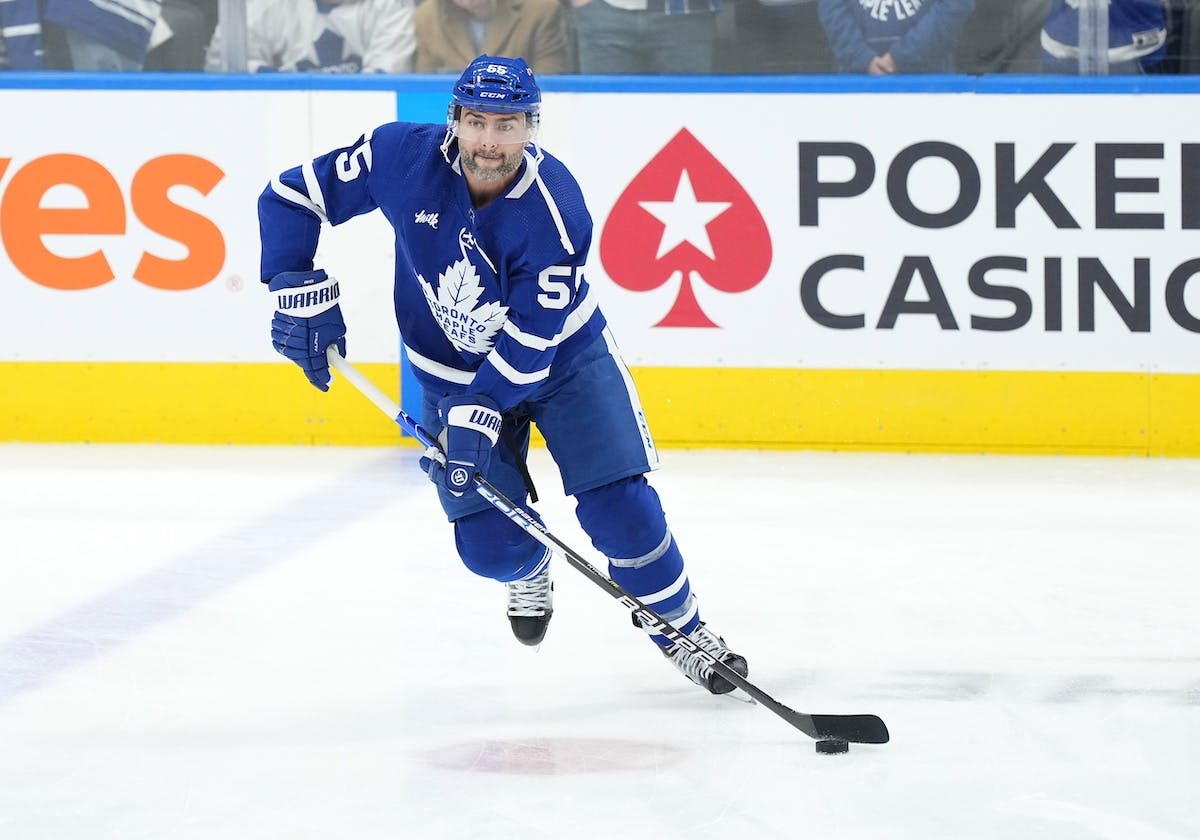 By Nick Alberga
27 days ago
Following a wild 6-5 shootout loss to St. Louis on Tuesday night, the Leafs (23-8-7) will try to extend their home point streak to 12 games tonight when they host the Seattle Kraken (20-12-4).
For the first time since being dealt to Toronto at last year’s trade deadline, Mark Giordano is set to square off against his former squad. The 38-year-old, who was selected by Seattle from Calgary in the 2021 NHL Expansion Draft, played 55 total games with the Kraken scoring six goals and adding 17 helpers in their inaugural season.
Meantime, Dave Hakstol, who spent a few years as an Assistant on Sheldon Keefe’s bench, has Seattle playing some inspired hockey. In fact, they’re currently in a playoff spot in the Western Conference (3rd, Pacific) with several games in hand on the likes of Calgary and Edmonton. This will be the second of a seven-game road trip for the Kraken, they opened things up with a 5-2 win in Edmonton on Tuesday night.
The Leafs, who are 4-1-1 in their past six outings, took both meetings with the Kraken in their inaugural campaign.
Time: 7 PM ET (Sportsnet Ontario)
Starting Goalies:
SEA Martin Jones – LIKELY (16-5-3, 2.92, 0.890, 1 SO)
@
TOR Matt Murray – CONFIRMED (9-3-2, 2.44, 0.920, 1 SO)
Projected Lineups:

Three Storylines:
RESPECT THE OPPONENT
Not that they wouldn’t respect their opponent to begin with, but this is a much different Seattle Kraken team than the Leafs saw in 2021-22. Simply put, these guys can score. Entering tonight’s game, Seattle ranked sixth of 32 in goals per game (3.5). To put that into perspective, they were 28th in goals for in year one. Yeah, massive difference. Routinely, they’ve been able to outscore their problems this season. Suffice it is to say, considering how loose Toronto has been playing lately, this could be another track meet. Buckle up.
CLEAN IT UP
Dating back to December 17th in Washington, the Leafs have surrendered three goals or more in five of the past seven outings. Indisputably, from a defensive standpoint, they’ve been nowhere close to what they were in November. That said, the sample size is reasonably small and those type of numbers were unsustainable to begin with. In short, they just need to reign things in a tad. And I don’t blame them, it’s so easy to get complacent, especially over the course of an 82-game slate. All they can do now is get back to the basics and put a greater emphasis once again on team defence. They’ll be fine.
WIN ONE FOR GIO
Undoubtedly, there will be some money thrown down on the board tonight as Mark Giordano squares off against the Kraken for the first time. Bottom line: Every guy wants to beat their former team, so rest assured, every player on that roster will be playing for Gio. Personally, I think Giordano’s time so far as a Maple Leaf has been an overwhelming success, especially when at this price tag. Heck of a job by Kyle Dubas.
BETTING:
Courtesy our friends at PointsBet Canada, here’s tonight’s lines & odds:
(As of Noon EDT)
Prop Play:
Leafs PL (+115)
Editorials
News
Recent articles from Nick Alberga