Goaltending keeping the Leafs afloat while their blueline deals with injuries 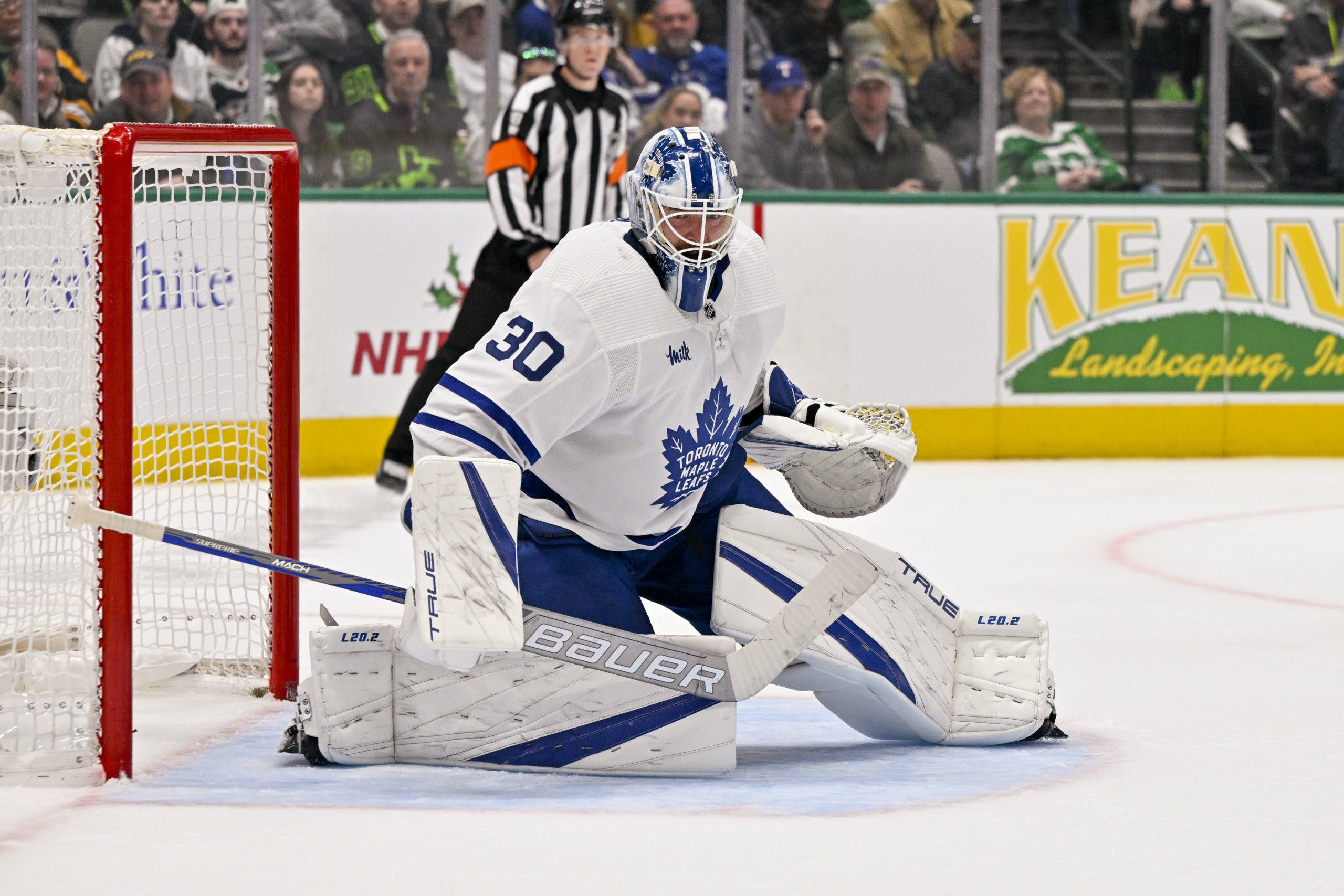 By Jon Steitzer
1 month ago
On Tuesday night the Leafs saw Victor Mete become the next in the series of Leafs defensemen to leave the game due to an injury and not return. With the Leafs presently without Morgan Rielly, TJ Brodie, Jake Muzzin, Jordie Benn and having additional depth injuries to Carl Dahlstrom and Filip Kral, the Leafs defensive depth chart is somewhat beyond ridiculous at the moment. Thankfully the return of Brodie seems to be imminent, and Mete won’t miss a ton of time, but it’s worth looking at how the Leafs have gotten through the past few games.
Morgan Rielly’s last game with the Leafs was on November 21st and the Leafs have played seven games since that point. That is the most significant run of games without Toronto’s top defense as Rielly, Brodie, and Muzzin were all out and Jordie Benn appeared in just eight minutes of that first game without Rielly before he too was injured. Here are the 5v5 on-ice numbers for the Leafs defensemen during that stretch (via Natural Stat Trick):
The heavily sheltered debut of Conor Timmins certainly masks some of the concerns and gives him the most favourable numbers of the group, as the rest of the Leafs blueliners have sub 50% Corsi For%, and generally show a defense that has been shelled with opportunities from the opposition. Looking at the xG and HDCF numbers, you can see that the blueline has taken away opportunities from the higher danger areas of the ice, and Giordano, Holl, and Sandin in particular deserve some credit for suppressing those.
Still, Brodie returning soon seems like it would help with some unsustainable luck enjoyed by the Leafs during that stretch.
Praise be to Matt Murray for what he’s done to keep the Leafs unbeaten in regulation over this stretch, and of course to Kallgren and Samsonov who have stepped in to do what has been asked of them in their starts as well. These are the all situation numbers for the Leafs goaltenders and while Murray and Samsonov could very well be strong goaltenders, the combined numbers of the goaltenders show the Leafs netminders playing well beyond their means and at a Vezina pace in the absence of the top defensemen.
There’s also something to be said for the Leafs outscoring their defensive deficiencies. Marner has picked the right time to go on a 20 game point streak, and Matthews goal scoring ability has returned at the right time as well.
All of that said, Brodie’s return and Samsonov being able to split the workload with Matt Murray are both positives. As you can see from the numbers above, Mete not being available isn’t the end of the world for the Leafs blueline as he and Hollowell are fairly interchangeable and if Brodie isn’t available next game, the Leafs will be playing with a very similar lineup, just with one right shot playing on the left side (who thought we’d see the day that happened?)

Get a gift with purchase for adiClub members, when you spend $100 or more, and members were rewarded for their purchase with a limited-edition T-shirt, or a Tote bag designed by a local artist. All prizes were on a first come first serve basis, while supplies last. The Adidas store is located on the first level at the bottom of the escalators in the Cadillac Fairview Eaton Centre and has a variety of special offerings in-store – from live music to guest appearances – the halo store will reflect Toronto’s passion for community and diverse spirit and will continue to host pop-up events throughout.
Editorials
Recent articles from Jon Steitzer