How can the Leafs use the cap increase next season? 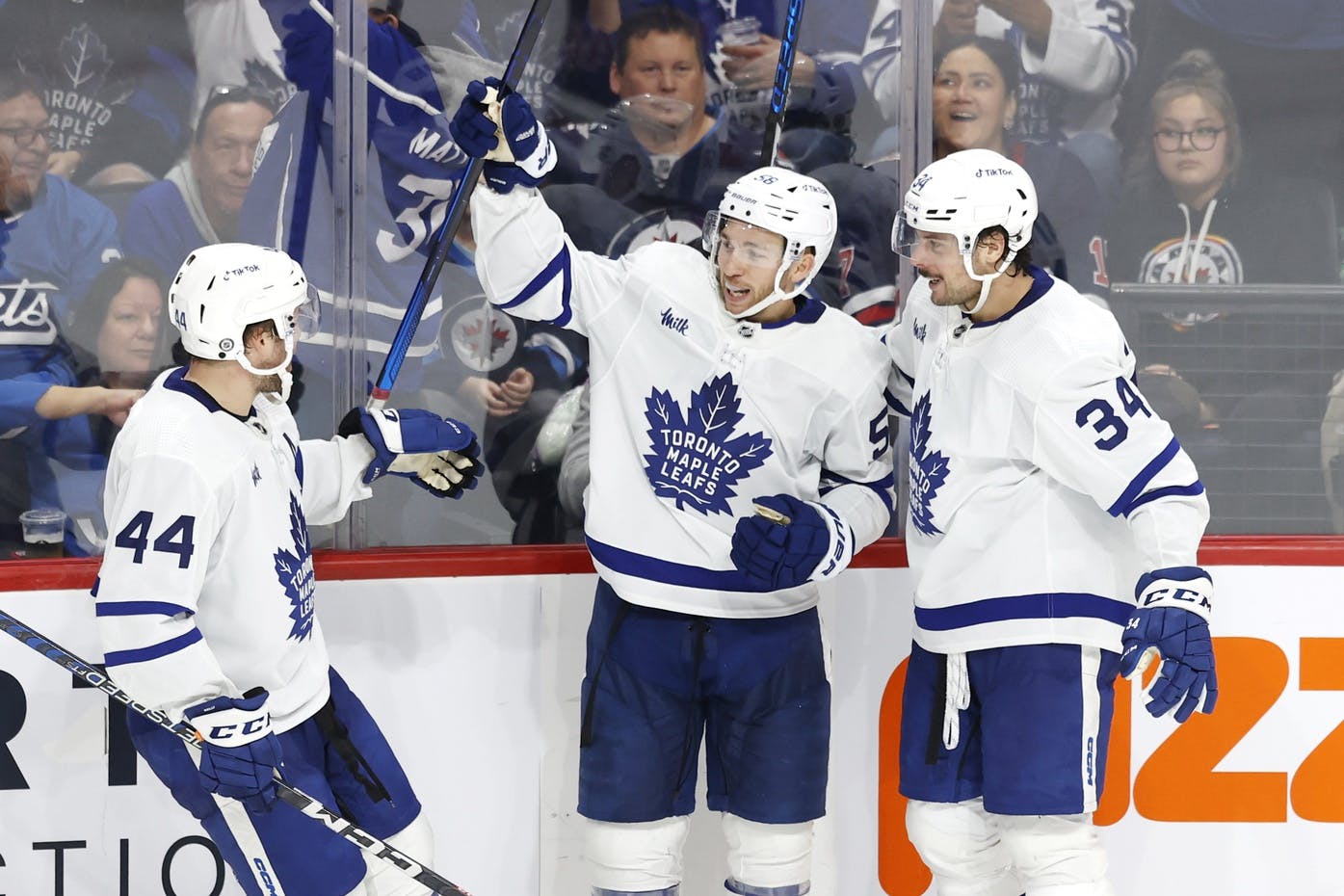 By Jaden Ho
3 months ago
When the NHL decided that, because of the loss of revenue from the COVID-19 Pandemic, they would not be raising the  salary cap as expected for a few years, the Toronto Maple Leafs were one of the teams that was hurt the most. Having just signed their four superstars, Auston Matthews, Mitch Marner, John Tavares, and William Nylander, to big contracts, the Leafs were depending on the cap to increase in order to fill the rest of their lineup with a strong supporting cast. The flat cap threw a major wrench in those plans, forcing the Leafs, and every other team, to adjust and make hard decisions about player talent.
So it was great news for every team, but especially the Maple Leafs, when Gary Bettman speculated that the salary cap would likely be increasing significantly for the upcoming 2023-24 season, to the tune of “at least” $4 million. That’s good news for both teams, and players, as teams will have more flexibility to sign talent, and players will be given more opportunities to make more money in the NHL.
It’s important to remember, however, that having cap space is only half of the equation, and the more important issue is how to use the cap space that’s available. There will very likely be a big signing spree at the beginning of free agency next summer, as teams somewhat impulsively use the sudden influx of cash to sign middle-of-the-lineup players to major deals. Remember the summer of 2016? That’s what we could be looking at in 2023.
So for the Leafs, it will be crucial to be wise about how they use their cap space, and not make impulsive decisions and sign lucrative deals for players who may not pan out. Since the flat cap era began, the Leafs have been very good at managing their cap space, finding solid players on bargain bin deals to fill out the bottom of their lineup behind the big stars. Michael Bunting, David Kampf, and Ondrej Kase are all great examples of players who came to Toronto on cheap deals and thrived. That’s a trend that will need to continue as the cap increases next summer. So what are the Leafs to do with their extra cap space next summer? Lets take a look at a few options.

Bunting has been an absolute revelation for the Leafs in his first two years with the team. After not being qualified as an RFA by the Arizona Coyotes, he signed a two year, $950k deal with the Leafs in the summer of 2021. Since then, he’s become a staple on their top line, going into the corners and winning battles for Matthews and Marner, while providing a nice scoring touch and ability to keep up with the Leafs superstars.
As is always the case in Toronto, speculation has already begun about whether or not the Leafs will be able to afford to bring Bunting back for next season, as he’s clearly earned himself a sizeable raise. Some have speculated that he would be willing to take a long term deal at a lower cap hit to stay in the city he grew up in, but should the Leafs be willing to commit to a 8 years for Bunting, who would be 36 at the end of the deal? The Leafs might be better off using their extra cap space this summer to give Bunting a bigger raise, at a shorter term.

Jake Muzzin has been a huge part of the Leafs turnaround from one of the worst team in the league to one of the better ones on the defensive end of the puck, but at 33 years old, and with injuries plaguing him, it the rugged blueliner may be nearing the end of his career. The Leafs recently placed Muzzin on long term injury reserve with a neck injury, and Mitch Marner commented that Muzzin  should “just make sure that he’s going to be able to do whatever he wants to do the rest of his life and enjoy the time with his family, his kids.” which didn’t seem to bode well for Muzzin’s career.
If he does have to step aside, his presence will be missed on the back end, and the Leafs will need to look into options for replacing him. Internally, Rasmus Sandin seems to be itching for just this kind of opportunity to step into the Leafs top four on a full time basis, but the Leafs could also look externally in the free agent market or trades. The free agency market doesn’t look too promising, with some of the best options being John Klingberg and Matt Dumba, both of whom are talented players, but don’t seem likely to provide the rugged presence that Muzzin brought to the Leafs.
On the trade market, the best option seems to be Jakob Chychrun, who has been in trade rumours for what feels like forever. The Coyotes asking price will be high, as Jeff Marek has reported that the cost to acquire the left handed defender would be “the equivalent of two first round picks, plus.” Considering the Dubas-era Leafs unwillingness to part with their first rounders, that doesn’t seem like a price they’d be willing to pay, so Chyrchrun and the trade market are probably out of the running for replacing Muzzin.

Save it for Auston Matthews:

Believe it or not, we’re only two years away from the end of Matthews’ contract with the Leafs, and he is going to command a pretty penny when he hits the market in the summer of 2024. If there are any players at all in the league who could demand a maximum deal, Matthews is one of them, so every single penny is going to count for the Leafs leading up to the end of his deal. It would probably be wise, then, to take the extra cap space gained in the offseason and stow it away, either using it to sign players to one year deals, or to trade for rentals at the trade deadline, before throwing it all in Matthews’ direction to ensure he stays a Leaf for life.
It’s no surprise at this point that this is going to be a crucial offseason for the Leafs, every offseason has been crucial for years now. Properly utilizing the rising cap, whether that’s bringing back Bunting, replacing Muzzin, or saving for Matthews is going to make a huge impact on how long this team can stay competitive in the future. How do you think the Leafs should use their extra cap space this summer? Let us know in the comments below.
Editorials
Recent articles from Jaden Ho