How do the Leafs incumbents measure up to the goaltending market 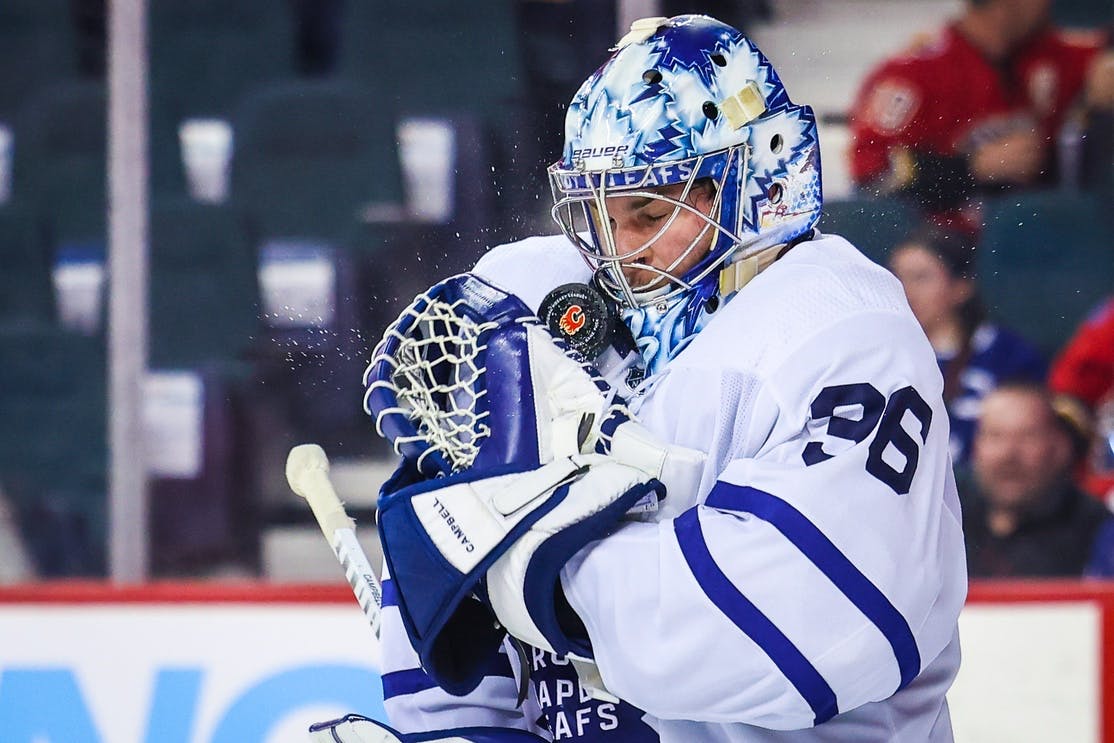 By Jon Steitzer
7 months ago
The Leafs are going to be aggressively dipping their toes into the waters of the goaltending market this summer, but should they? The answer definitely seems to be yes. Taking a look at five goaltending measures from last season it’s clear there are some options out there that the Leafs might want to explore.
The numbers used are from Moneypuck and goaltenders needed to play in at least 16 games to be on the list. There are 67 goaltenders in the league who met that criteria and are ranked.
Consider this first table your introduction to three truths.
These numbers are very much a mirror of what is seen above. Interestingly, they might be making a case for Matt Murray, a goaltender speculated on recently, and showing that John Gibson doesn’t represent any improvement over Jack Campbell. This might change in later graphs, but Alexandar Georgiev is beginning to look like a reclamation project rather than a potential starter. Is a reclamation project the way the Leafs will want to start off working with a new goaltending coach?
If you are wondering why Mrazek took the jump here, it’s because this isn’t a rate stat. This is based on time played, which makes Comrie’s results even more impressive. I don’t know how much of Fleury and Lankinen’s numbers on being in Chicago, but at this point I’d hope that even with Fleury being a recent Vezina winner, he’s probably established himself as too much of a risk for the cost that will be associated with him.
Here’s where you really get at the heart of the Leafs struggles last season, and where John Gibson does establish himself as an upgrade. If you believe that a lot of the other numbers are influenced by a bad Anaheim team, this shows there is still an elite goaltender in there somewhere. As for Mrazek, those numbers are straight-up unacceptable, and even if he was fitting with injuries he shouldn’t be a risk the Leafs want to take again.
This is a lot more of the same and looking at the gap in the rankings, especially you can see where Gibson is still up there with the best in the league stopping high danger chances and that’s an area you can always build off of.

There are enough options of either higher quality or potential low cost that make returning to Jack Campbell a bad idea.
Petr Mrazek was straight up bad, and bringing him back simply because they know he can be better is hoping for a dead cat bounce on a goaltender that has struggled with injury issues over the past few seasons. It’s easy to find a way to move on.
John Gibson certainly addresses the biggest area of need for the Leafs but is still likely to be regarded as a goaltender that will cost a lot to acquire. It doesn’t seem unrealistic that he can rediscover his elite results, so contract be damned, assets will need to be given up.
Every effort should be made to bring in Eric Comrie as the 1B. He’s consistently at the top with a small sample but was considered to have a lot of upside when drafted. He could be coming into his own and might be the best long term stability option at a good price.
Kuemper and Husso are both good, but to some extent are products of good teams. They’ll cost a fair bit, but Husso might cost a little less because he’s less established. That younger, less established aspect might also make him a longer term solution, which intrigues me a bit more.
Braden Holtby is a safety school. Someone to consider if the first choices don’t pan out because he still has some hockey left in him, even if his numbers might also be aided by a strong Dallas blue line.
Goaltenders like Georgiev and Lankinen were interesting to me before this exercise, but the only way they make sense is if you wind up with a goaltending coach who is adamant he can change them, or in Lankinen’s situation he might be willing to accept a 3rd string position and replace Michael Hutchinson.
By the numbers it is clear the Leafs can get better and have some decent options to do so, especially considering this is by no means the full list of goaltenders that will be on the move.
More from TheLeafsNation.com