Hronek’s hot streak, Bergeron hits 1000 points and the Leafs earn the Team of the Week: Around the Atlantic 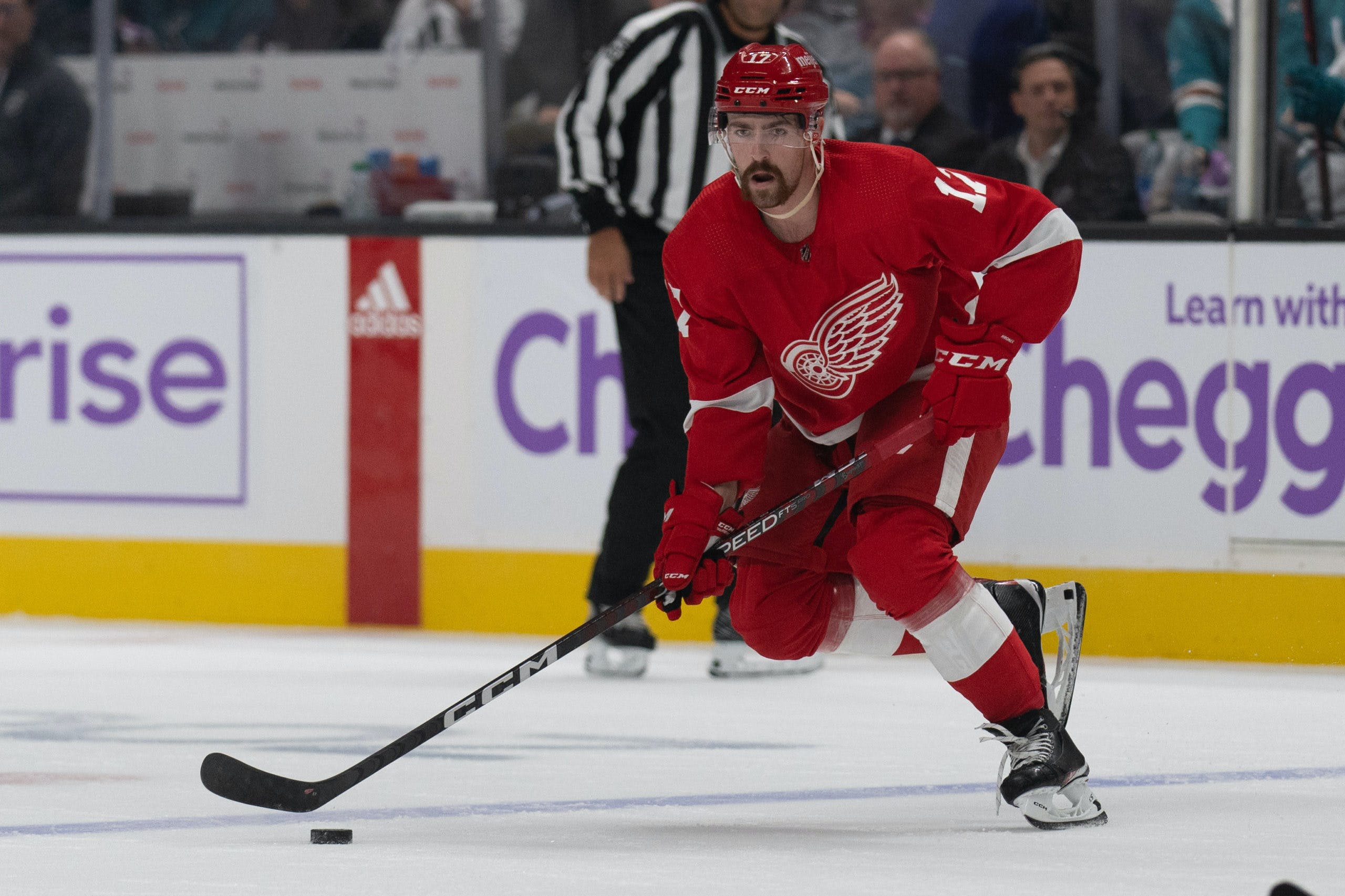 By Scott Ony
2 months ago
It was an exciting week in the Atlantic division this time around. A surprising Red Wings defender continued his career season, one of the greatest players of this generation hit the 1000 point milestone and the Maple Leafs took home the Team of the Week.
Hronek’s hot streak
Filip Hronek is absolutely on fire lately. In two games this week, he had a goal and an assist in each to extend his point streak to six games and his goal streak to four. He has six goals four assists in the last six games. He’s already surpassed his goal total from last season, and he’s done it in 58 fewer games.
His 18 points this season are third on the Red Wings and twice as many as the next Wings defenceman. The 25-year-old Czech product is well on pace to break his career high of 38 points which he set in 78 games last year.
Hronek’s play this season is a massive reason the Red Wings are contending for the playoffs for the first time since 2015-16. They have won four straight games to climb into third in the Atlantic division.
Bergeron 1000 points
With an assist on Brad Marchand’s second period goal against the Lightning this week, Boston Bruins captain Patrice Bergeron hit the 1000 point milestone.
It’s been a hell of a career for Bergeron and at 37 years old he’s showing no signs of slowing down. He has 19 points in 21 games this season and is second on the Bruins in scoring. Not bad for a guy with a cap hit of just 2.5M this season.
This is another incredible accolade for the sure fire first ballot Hall of Famer. Add it the list with his five Selke Trophies, Stanley Cup, two Olympic gold medals, World Junior gold, King Clancy Trophy and Mark Messier Leadership Award.
He might not be done yet either. It’s looking like this Bruins team is the front runner for the cup this year.
Team of the Week
For the second time this season, the Leafs earn the Team of the Week. They somehow managed to go 3-0-1 over the past seven days despite a laundry list of injuries. It was more than impressive that they managed to take down three solid playoff contenders with the lineups they’ve been icing lately.
Mitch Marner continued to lead the way offensively scoring two goals and three assists. He extended his point streak to 15 games. The last time he was held off the score sheet was October 24th in Vegas.
The other big-name forwards all contributed as well. John Tavares, William Nylander and Auston Mathews each had four points in four games.
There are a couple division games coming up for the Leafs this week. They play in Detroit tomorrow and head to Tampa Bay on Saturday.
News
Recent articles from Scott Ony