“It’s just one game” (but the Leafs played very poorly) 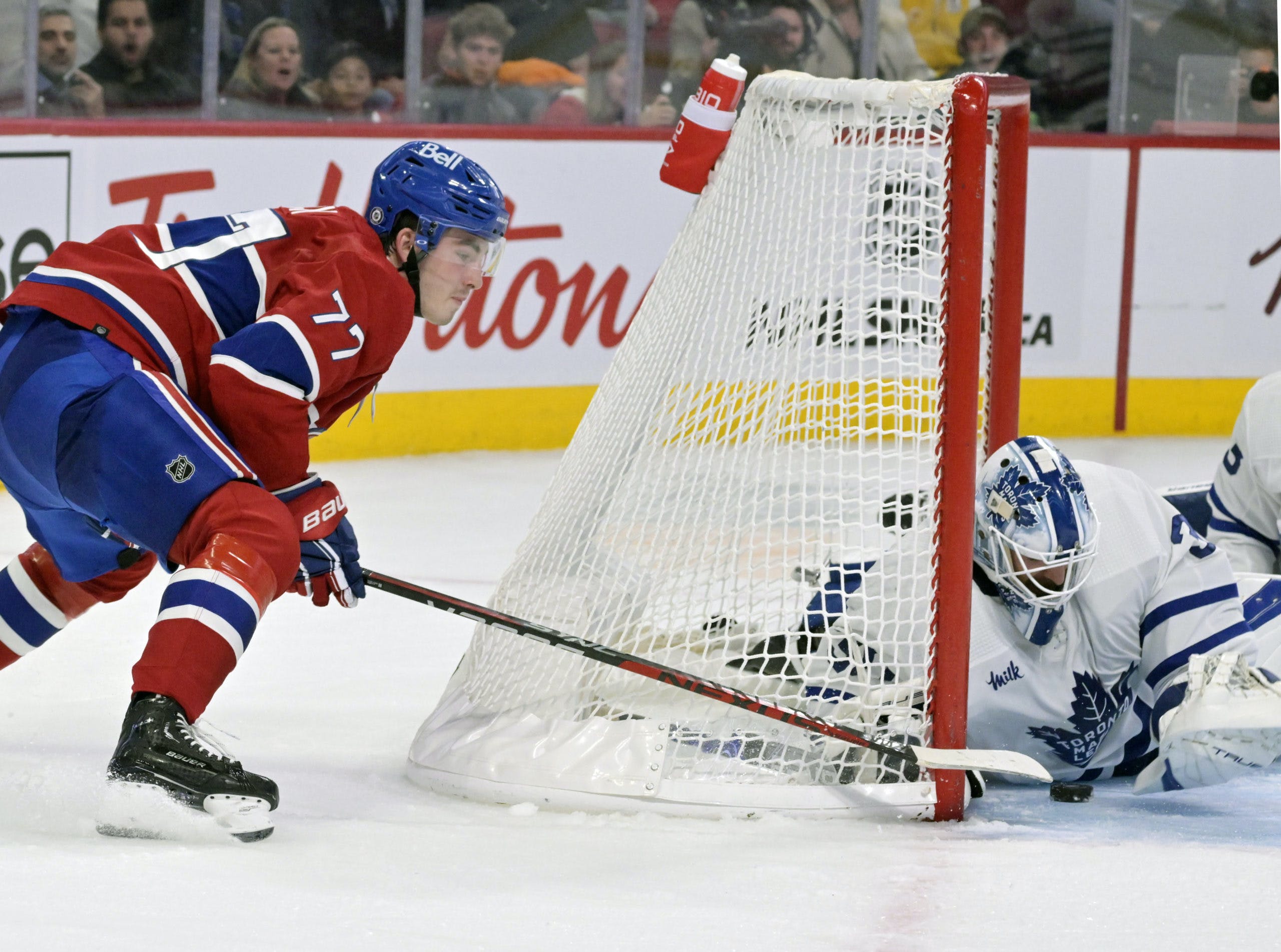 By Jon Steitzer
3 months ago
It’s probably way too early to be disappointed in the Leafs. Wait…I’m not Kyle Dubas, I’m allowed to react more hastily, that game sucked. It was boring, and sloppily played, and the Leafs failed to dominate a team that they should have beaten easily. All and all it was par for the course when it comes to home openers and generally any game where the Leafs play a lottery-bound opponent. So let’s break it down, and see what we are really mad about.

Things could have gone better for Matt Murray

We’ll start with a 50% HDSV% being unacceptable. In the same way that Jack Campbell should have been able to stop slightly deflected shots at some point, I have it on good authority that goaltenders have previously made saves when players go high glove. The fact that goals were going in after he had the chance to set himself was the most concerning aspect from a goaltending point of view, but there is also something to be said for the Leafs giving too much time to the Habs players to pick to their spots and complete their plays. I’ll gripe more on that later, and as much as Matt Murray wasn’t a strength for the Leafs it’s important to remember that he should never have been expected to be. Matt Murray was a Jack Campbell replacement that the Leafs think they can build into someone slightly better than Jack. Right now all of that still seems reasonable.
Also for now there is still hope that Samsonov will be the guy who wants to run with the early part of the season. After Leafs fans come to terms with both goaltenders being average at best I guess we start putting eggs in Joseph Woll’s basket.

The Muzzin/Holl pairing will haunt your dreams

It’s easy to pick on Muzzin and Holl, and it is worth noting that Morgan Rielly had a night to forget as well, but it has to be said that both Muzzin and Holl looked like dead weight last night. Holl seemed like he was trying to be everywhere at time and was lobster brained in his defensive coverage, and Muzzin simply can’t move (save for the most inexplicable breakaway in a game that also featured a Denis Malgin breakaway).
While it’s one game, it’s one game that had Holl with a 27.46 xGF% and Muzzin with a 22.48 xGF% both at the bottom of the Leafs defense by a 20% gap, and only the Leafs 4th line did worse for xGF%, and we’ll discuss more of that too.
I can understand both Keefe and Dubas’ reluctance to move on from Jake Muzzin, as he’s the closest thing the Leafs have to a physical presence on the blueline, but the reality is he can’t play in a top four role at this point in his career. While there wasn’t a significant difference in icetime, Muzzin played more than Giordano and Sandin and that probably needs to change, especially if Keefe wants to lean on him for the penalty kill.
As for Holl, he just didn’t look like an NHL player last night, and he really needs to show that. It seems understandable that the Leafs couldn’t find a trade partner to move him, and at this point waiving him for the modest cap break of his $1.125M cap relief from demotion vs. Victor Mete or Jordie Benn (when he returns from injury) at $750k is a little bit of help. Similarly if the Leafs demote Muzzin to the AHL his cap relief plus Holl’s is enough to activate Timothy LIljegren from the LTIR. I’d assume this pairing has until Liljegren and Benn are healthy to figure themselves out.

Last year we got a good taste of what David Kampf can do, especially when given skilled linemates to work with. While the Zach Aston-Reese, Nic Aube-Kubel, and David Kampf line has all the looks of being an effective checking line, they didn’t have much if any impact against the Habs.
Kampf was no longer the suppressor of shots with those linemates, nor where they able to move the puck up the ice. They could check, but the players they were checking were inconsequential, and checking role players need to be able to hit players that matter, not other fourth liners.
While it is harsh to call this line a fourth line, as it has the potential to be better, they were not particularly effective and some of that might stem from not having the final line change last night. Getting the Kampf line out against who the Leafs want them to play against might make them more effective at home, but perhaps there needs to be more blending of the two bottom six lines when it comes to the road.
Personally, I’d like to see Engvall and Zach Aston-Reese swapped, giving Aston-Reese a chance with Kerfoot, and giving Engvall a chance to build on the productive work he did with Kampf last season. On paper, these have the potential to be two third lines, but last night both lines struggled in their own way, despite Kerfoot having a solid game.

It was just one game, and while there certainly looks like there should be some changes made, you can’t blame Keefe for wanting to give his lineup card more than one game. There’s nothing to say that any of the combinations we’ve seen so far make it past the first period, and at the very least Samsonov playing equals a significantly new look for Toronto tonight.
Editorials
Recent articles from Jon Steitzer