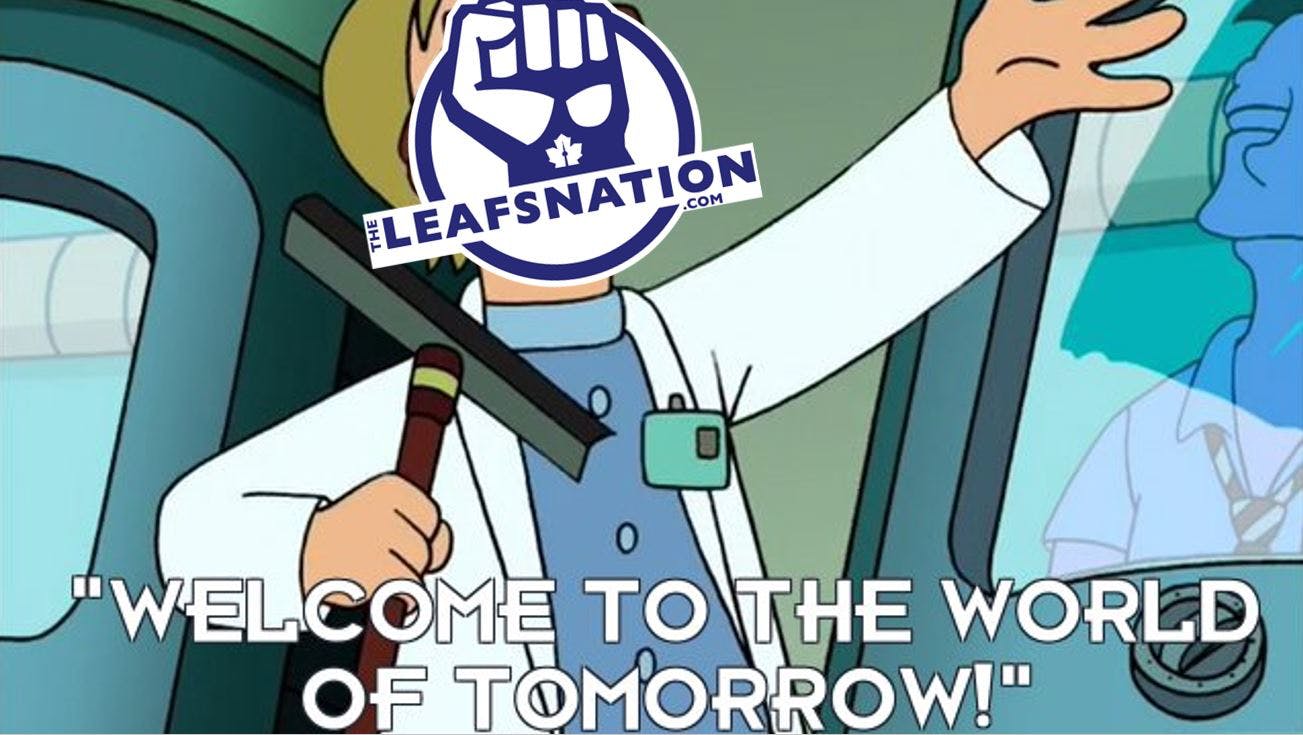 By Jon Steitzer
1 year ago
What better way to spend an August than sitting around making lists about what Leafs kids we love the most? Really, just go outdoors? That seems a bit extreme. I think we’ll stick with the tried and tested being judgmental about players about players who for the most part have barely had a taste of professional hockey.
Thankfully I feel we’ve got a really solid panel of people judging these players, and in addition to our TLN contributors we brought in a ringer to help set us straight by including Josh Tessler of Smaht Scouting. Between Josh and our own Nick Richard of Dobber Prospects, we can say there was at least an attempt made to cool some of our hotter prospect takes over the course of this exercise. And there were some hot takes.
The overall feeling from this exercise definitely left the majority of us feeling a lot better about the Leafs prospect situation. Almost universally there was a feeling from our contributors that they had to leave people off the list that they wanted to include because they felt they are a promising prospect. And while we put out a top 20 prospect list, the feeling is that we could have gone 25 deep and not have been wasting anyone’s time with having to read about the next Joel Champagne or Fabrice Herzog, like you’ve seen on this site in our darkest years of prospect ranking. Here’s a list from seven years ago if you want to feel better about the state of the prospects today.
A big part of the Leafs having a deep prospect pool is the fact that Toronto didn’t really graduate any prospects last year. Our site uses a prospect definition of players under the age of 24 with fewer than 82 NHL games played, as our means of determining if someone is still a prospect. That means Rasmus Sandin, Timothy Liljegren, and Nick Robertson are all still prospects. And they are damned good ones at that. Players like Adam Brooks, Erik Kallgren, Joseph Duszak might be slightly too old to be considered prospects by us, but remain promising in their own light, although I’m not sure any of them would be challenging for significant spots in the top 20.
While the Leafs system doesn’t presently have an Auston Matthews tier prospect (few do), there are a couple that have Morgan Rielly/William Nylander tier potential. There are a significant number of strong swing for the fences, dare to be great options, and there are some steady eddies too, who will provide some affordable depth ala Adam Brooks and Pierre Engvall.
And of course there are goalies. I am going to comfortably say that we as a group still do not know what to think of goaltenders. Some what to value goaltenders high since a potential starter is going to bring a lot more to your organization than even good prospects who project as second line wingers, or second pairing defensemen, and others are hesitant because goaltenders are difficult to predict, and the last goaltender the Leafs internally developed into a player to be excited about was Felix Potvin.
Tomorrow we’ll tease our series a bit further with three Honourable Mentions that at least in two cases were incredibly near misses for making it into our top 20. Then the countdown starts for real on Monday and will go for the next four weeks and given that three different players received votes for the number one spot on our list, it should make for an interesting journey.

Don’t you hate it when introductory posts don’t actually include any actual analysis?

I feel like I’d be short changing you if I didn’t at least highlight a couple of our near misses on the list to give an example of the quality of players that we left off this year. So here you go. This isn’t a complete nothing post:
Alex Rindell was on four rankings this year, with two people considering him as high as the 17th best prospect in the organization. The 21 year old put up 26 points in 47 games in the Finnish Liiga as a defenseman. He’s 6’0 tall, so he’s crossed the concern about size threshold, and he has the coveted right handed shot. This is the second year of solid offensive output from Rindell, and I’d imagine the Leafs will begin trying to bring him over to North America following the next season in Liiga. As an overaged 6th round pick in 2020 it’s easy to see why Rindell is under some radars, but nevertheless is a prospect worth keeping an eye on even if he gets a paragraph here instead of a proper article.
William Villeneuve is the other near miss for our Honourable Mentions. Villeneuve had another solid season of offensive contributions in the QMJHL this year, though not on par with what he accomplished in his draft year. Villeneuve is known for having a concerning skating stride and lacks the velocity to be unconventional. He’ll certainly be a project if the Leafs move forward with him, and the fact that his numbers didn’t jump in his post draft year makes this a make or break season for William in all likelihood. At 19, he does have time to improve, but still needs to establish that he’s worth the SPC. There really isn’t much defense to his game, so if the offense isn’t there, Toronto might pass on him. He does have that right shot though.
So there’s just a small taste of the prospects to tide you over until tomorrow when Nick Richard gives you a much more detailed look at the Honourable Mentions. Welcome to Prospect SZN.
Uncategorized
Recent articles from Jon Steitzer