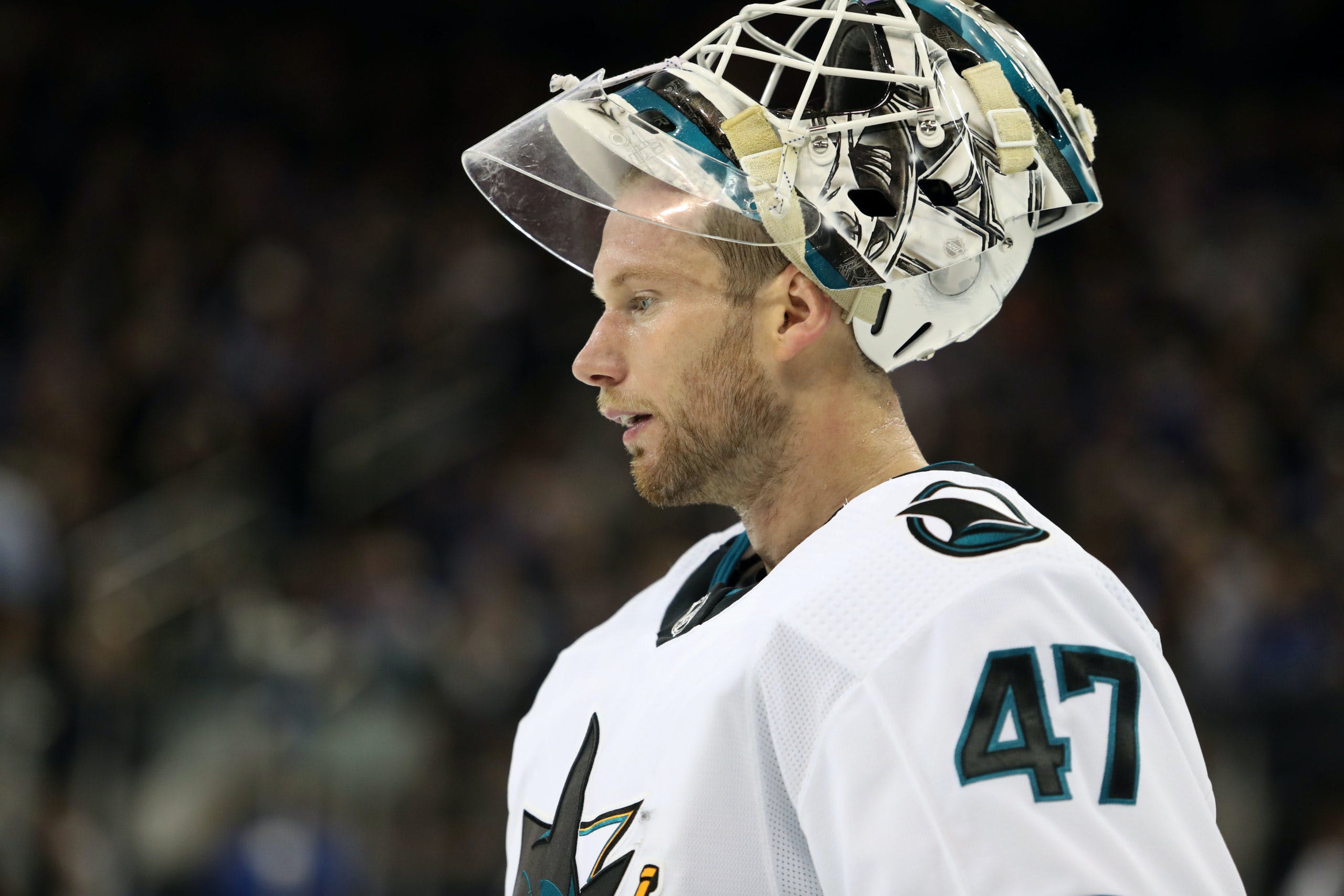 By Nick Barden
1 month ago
February 23rd, 2016 — do you remember that day in Maple Leafs history?
That was the final game in which James Reimer wore the blue and white for Toronto. A loss against the Nashville Predators, where he allowed three goals on 26 shots.
Four days later, he was traded to the San Jose Sharks along with Jeremy Morin in exchange for Ben Smith, Alex Stalock, and a conditional fourth-round pick in the 2018 NHL Draft. Now, six years after that trade, there’s still a chance that Reimer returns to the Maple Leafs’ crease.
A long shot, yes. The possibility, though, still remains.
When Toronto brought in Petr Mrazek last season, there were plenty of question marks about his health, and certainly so. Then, after an injury-filled season, the 30-year-old netminder was shipped to Chicago during the 2022 NHL Draft.
This year, we’re starting to ask the same injury questions about Matt Murray, who suffered an adductor injury and then was placed on LTIR on October 15th. There’s a lot of season left, so it’s always possible that Murray returns and stays healthy, however, the risk is still apparent.
Once Mrazek’s injuries became more concerning, there was a lot of talk surrounding the Maple Leafs and a potential goalie trade. It almost came to fruition with Marc-Andre Fleury and Chicago, but in the end both teams couldn’t settle on a deal.
Another goaltender who made sense for Toronto was Reimer. He was — and still is — a great netminder who hasn’t had a save percentage below .900 ever in his NHL career. Why wouldn’t you want that on your team?
Even this year, the 30-year-old has been very good for San Jose. In the six games he’s played, Reimer has a .923 save percentage.
The feeling for me is that we could be asking that goaltending trade question again if Murray can’t find a way to stay healthy. I wonder if the Maple Leafs would consider a reunion with Reimer if everything fell into place.
While on The JD Bunkis Podcast, Reimer was asked if he’d ever play in a big hockey market again. And well, the 30-year-old seems like he’d be up for another shot in the blue and white.

Reimer on The JD Bunkis Podcast when asked if he’d return to a big market:
“I think I’ve said it over the years, there’s pros and cons to small markets and big markets. But obviously, I wouldn’t shy away from a big market. I think the buzz and the atmosphere that’s constantly around is fun and something you can feed off of. A big market wouldn’t scare me, or play against it I wouldn’t think.”

This would be the perfect fairytale story. Reimer returns to the Maple Leafs crease and wins a game to send Toronto to the second round of the playoffs for the first time since 2004.
He who was originally slayed by the dragon comes back from the depths and slays the dragon himself. It sounds perfectly scripted to me.
Heck, maybe everyone gets a little crazy and Toronto wins the Stanley Cup.
Obviously, bringing Reimer in would have to be a last resort. I believe Kyle Dubas only makes this trade if Murray cannot stay healthy for a full season. Even then, maybe they rely on Erik Kallgren as the Maple Leafs backup just like last season.
Either way, I love fairytale endings and bringing Reimer back would be a fairytale ending. Unless the unspeakable happens, and with the Maple Leafs, there’s always a chance that occurs.
I still believe Toronto should consider this move, though. Either during this season, or maybe next summer.
Editorials
Recent articles from Nick Barden