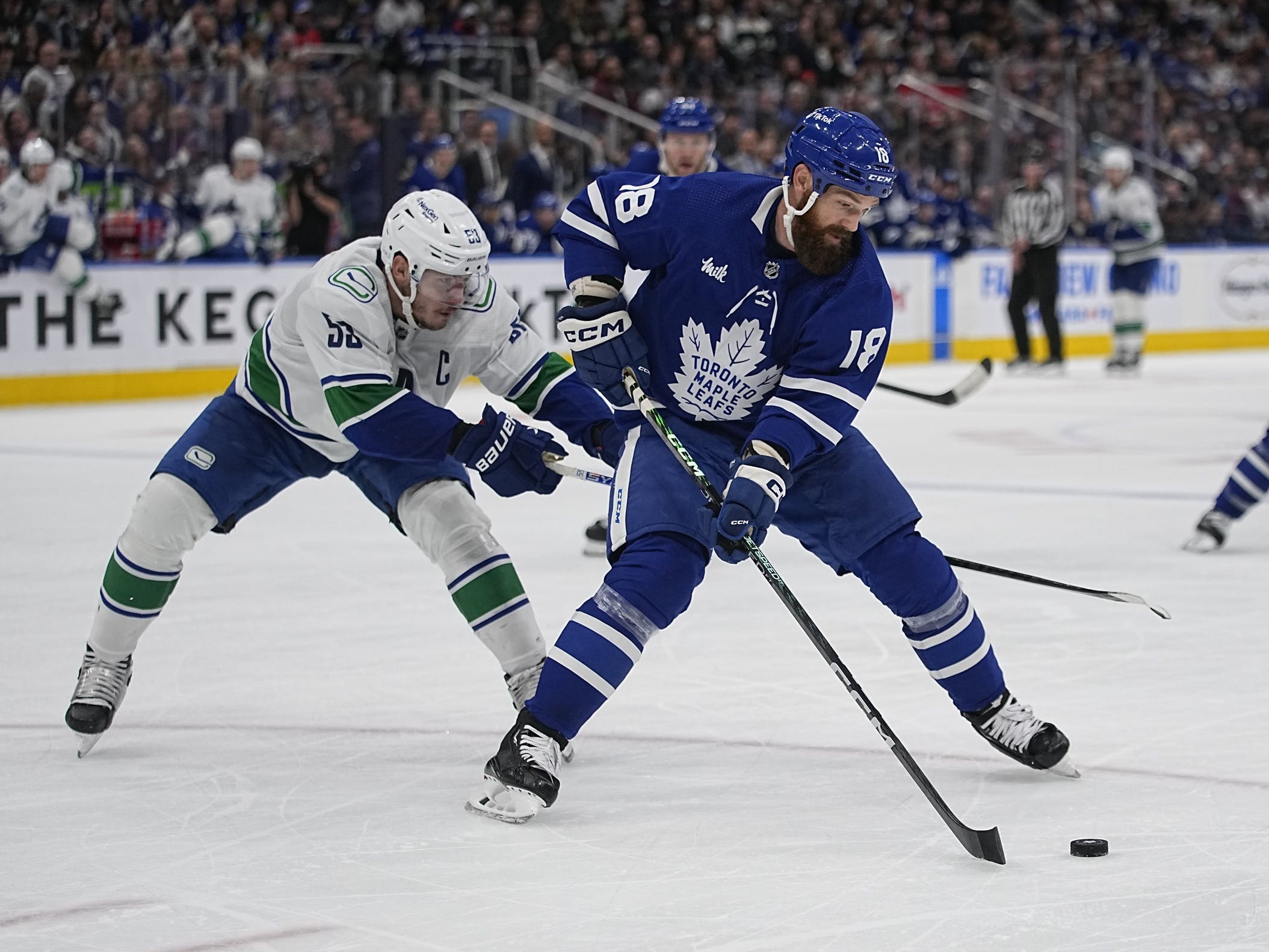 By Jon Steitzer
1 month ago
All and all it’s a quite day in Leafs land and Sheldon Keefe seems pretty happy to go with the lines that worked for him the other night. All that leaves for us to do is provide a short injury update in the form of Jordie Benn and Calle Jarnkrok.
With Benn pretty much being ready to return, the Leafs now have the flexibility to run with Timmins and continue to see what he can do, or they can go back to Jordie.
Given that Benn was working with Hollowell in practice, it seems that Timmins is staying in, but it wouldn’t be too big of a surprise if the Leafs went back to Benn on the road. His defensive first play might be something the Leafs can use when they have the last change.
Following Benn’s return, the Leafs will either have to send down SImmonds, Anderson, or Hollowell, all who can still be sent down without requiring another trip on waivers. Holmberg, would be the other option, although there is no reason to believe the Leafs want to pull him out of the lineup any time soon.

There really hasn’t been anything new on Calle Jarnkrok in a while, and he is yet to return to the Leafs practice. Despite the lack of an update here, Jarnkrok’s initial injury recovery timeline was two weeks, and that would make him potentially ready to return by Saturday’s game.
That seems like a bit of a stretch at this point. but it still remains a possibility the he’s back with the Leafs before the Christmas break.
A Jarnkrok return likely means that we see an Anderson/Malgin platooning situation, but that would mean the Leafs once again assigning Simmonds to the Marlies (on paper anyways). I’m not sure that’s the way they go or they attempt to get Anderson into a few more AHL games before giving him a serious look in the new year.
News
Recent articles from Jon Steitzer