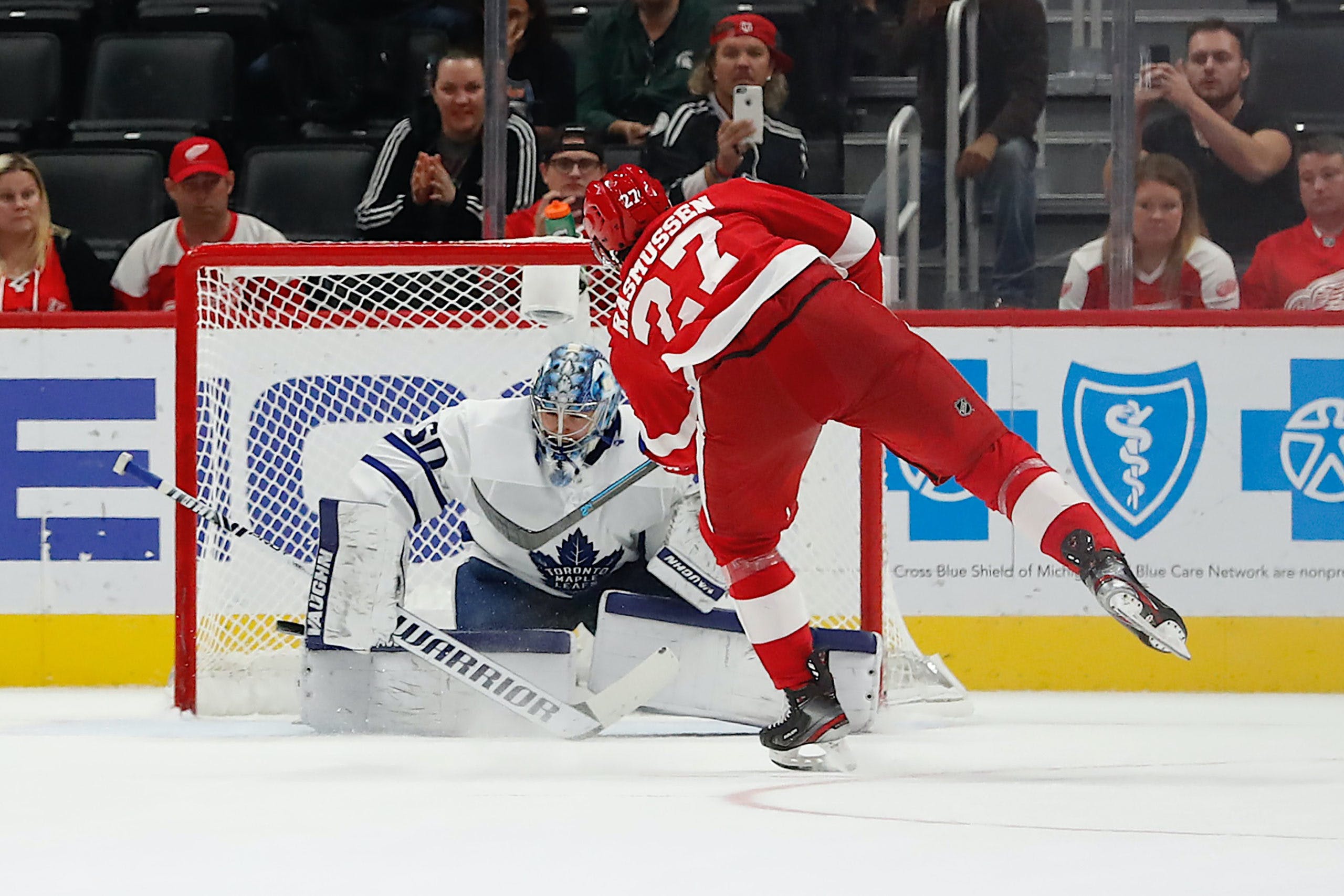 By Jon Steitzer
1 year ago
Perhaps it’s a little defeatist to go into a game prioritizing the learning experience over the chance of winning, but when it comes to a 23 year old goaltender who hasn’t been outstanding at the AHL level and hasn’t had a minute of NHL time, I think it’s okay to gear up for a Sheldon Keefe lesson game instead of a win.
This weekend will mark the NHL debut of Joseph Woll. It will likely come on Saturday night against the Sabres, but Keefe could prefer to save Campbell for Saturday night and give Woll his debut against Calgary, which would does seem less likely given the Flames being the tougher competition, the home game, and has the elevated stature of being the Hall of Fame game as well. So yeah, count on Woll playing Saturday.
When it comes to Woll, what we’ve seen so far is a guy starting his third season in the AHL and he still hasn’t cracked the ,900 save percentage mark. His busiest year came as an AHL rookie, seeing 32 games, and was limited to just 15 games last year in the wonky Canadian AHL reboot. Three games in this year, Woll has a 2-1-0 record, but with a .895 save percentage, on pace to be his best year, but still far off from his year at Boston College, and his pre-draft outputs.
Of course there are reasons for Woll being less than spectacular. While save percentage is a goaltending stat there is no doubt that it is heavily influenced by the team around him, and parity isn’t the same at the AHL level as it is at the NHL level. There isn’t any shortage of goaltenders who struggled in the AHL that went on to have solid NHL careers and there isn’t any shortage of AHL standouts who quickly fizzled at the NHL level.
The point to all of this being that perhaps a little taste of the NHL could give Woll some more confidence, or at least let him and the organization know what areas he’s going to need increased focus on when he returns to the AHL. If Woll follows a conservative timeline, he’ll continue to be the 4th string guy (more or less) this year, but with positive steps he can be the 3rd string guy next season with a bit more NHL work. If all goes well for Woll two years out can be a reasonable time to handle some backup work.
Beyond assessing how NHL capable Woll could be, there isn’t any of shortage of things that the Leafs can also learn about the rest of the team.
The Leafs blueline has looked much improved this year, and in particular Sandin and Liljegren are looking like a bonafide NHL pairing. The question that begs asking is how much of the defensive competence can be attributed to Jack Campbell bailing the Leafs out? Players like Muzzin, Holl, Dermott, Sandin, and Liljegren are all worth grading without a safety net.
The Leafs should also be able to beat the Sabres on the second half of a back to back regardless of who is in net. That’s where the bar needs to be set and at the very least the Leafs should be playing like that’s a possibility.
Regardless of outcomes, there will be lessons learned, both in assessing the current state of the Leafs and knowing where Woll is at developmentally. Woll will get his first kick at the can and that’s pretty exciting as well considering how few players, especially goaltenders get that opportunity. It’s also a lot more fun than the typical Michael Hutchinson start, so we’ve got that going for us too.
Uncategorized
Recent articles from Jon Steitzer