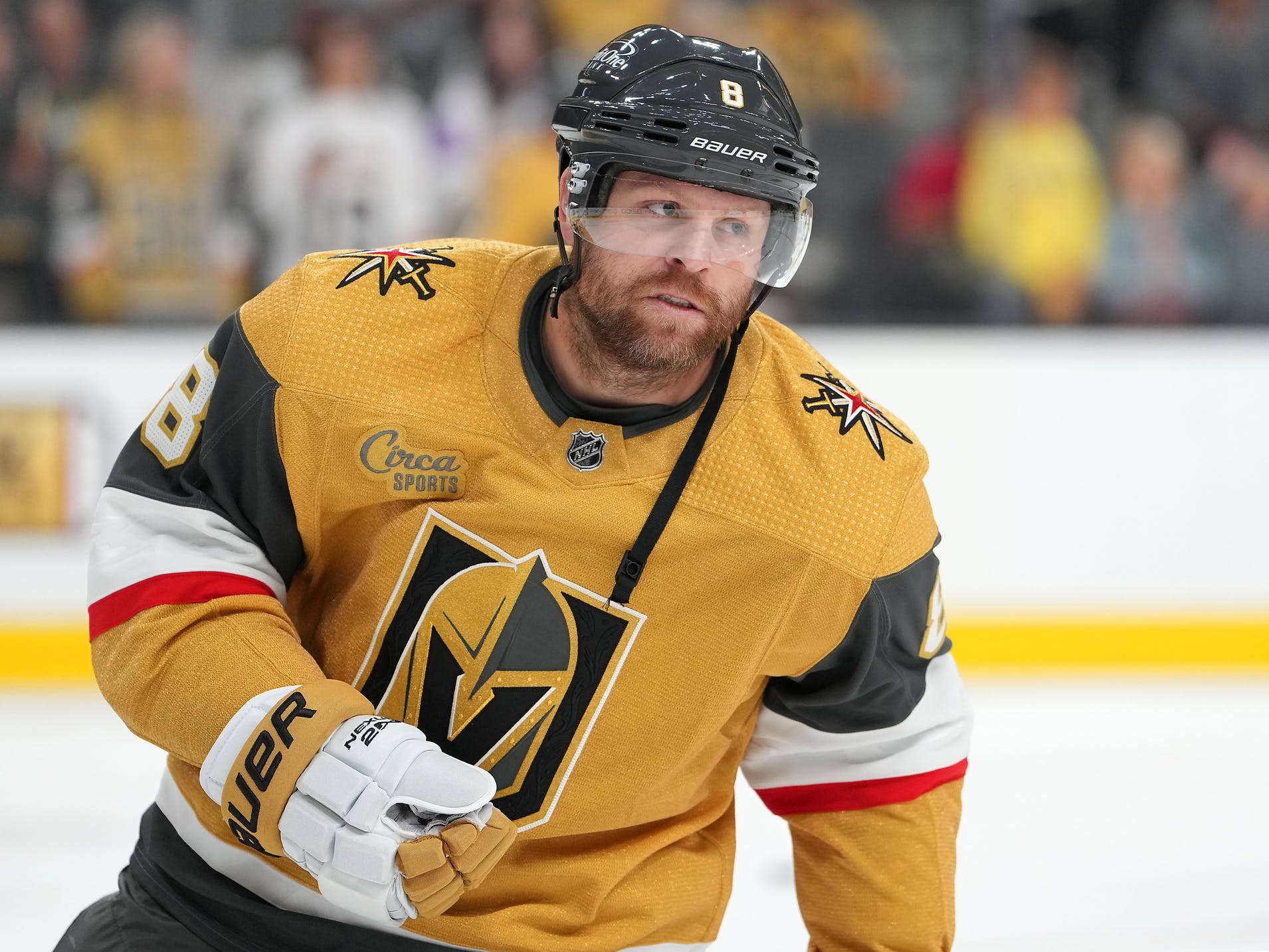 By Nick Alberga
3 months ago
Following an impressive 4-1 victory in Winnipeg on Saturday night to kick off their five-game road trip, the Maple Leafs (4-2-0) are in Sin City tonight to tangle with the Vegas Golden Knights (4-2-0).
All things considered, Toronto is coming off its most complete effort of the early season. John Tavares scored twice, Auston Matthews tallied three assists and David Kampf notched the game winner. Meantime, Ilya Samsonov made 30 stops to become the second goalie in history to begin his Leafs career 4-0-0.
As for the Golden Knights, they’re coming off a 3-2 loss to Colorado at home on Saturday night. Meantime, Phil Kessel is set to tie Keith Yandle’s NHL record of 989 consecutive games play tonight. The 35-year-old played six seasons for the Maple Leafs.
This will be the first of two between Toronto and Vegas this season. The Leafs took both meetings in 2021-22 and are 6-2-0 all-time against the Golden Knights.
Time: 10 PM EDT (TSN4)
Starting Goalies:
TOR Ilya Samsonov – LIKELY (4-0-0, 1.73, 0.938)
@
VGK Logan Thompson – LIKELY (2-2-0, 2.29, 0.926)
Projected Lineups:

Three Storylines:
MATTHEWS OWNS THE VGK
Surprise, surprise, Matthews has put up some stellar numbers against the Golden Knights in his career. The 25-year-old has three multi-goal efforts and eight tallies in seven all-time meetings with Vegas. On top of all that, the dude’s supremely due. He has one goal over his first six outings of the season. Watch out.
CAN ILYA SAMSONOV CONTINUE HIS HOT PLAY?
All things considered, it’s been a remarkable start in the blue and white for the former Capital. Through four appearances, he’s undefeated and has yet to surrender more than two goals in a game. He outdueled Connor Hellebuyck on Saturday, he’ll have to do the same tonight against rookie Logan Thompson. Believe it or not, Samsonov and Thompson are the same age (25).
BRUCE CASSIDY IN SIN CITY
Bruce Cassidy, who coached the Boston Bruins for six seasons, is now behind the Vegas bench. Not to open old wounds, but if there’s one bench boss in the NHL who always seems to get the better of Toronto, it’s the 57-year-old —at least in the Stanley Cup Playoffs.
BETTING:
Courtesy our friends at PointsBet Canada, here’s tonight’s lines & odds:
(As of Noon EDT)