Leaflets: Life after Spezza, a youth movement, and a signing target 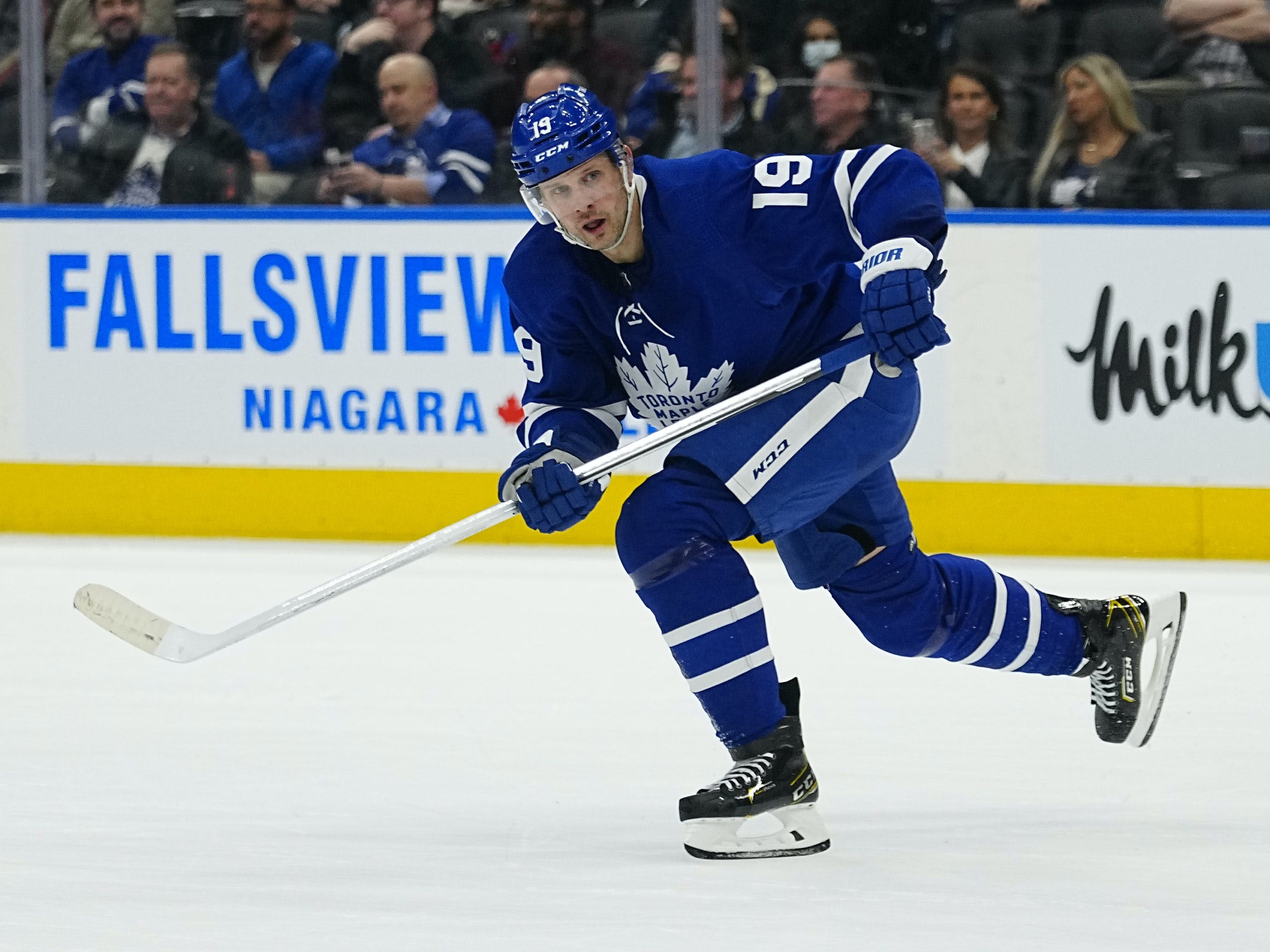 By Jon Steitzer
6 months ago
The Leafs gave us a little bit of news to close out last week, so we’ll start this week’s Leaflets with the end of the Spezza era:

Spezza moving on means the opportunity to change direction

Jason Spezza was an absolute treat to have on the ice for the Leafs the past few seasons, and I wish the Leafs were sending him off in a fashion that included a legitimate playoff run and that they could have helped get him to 1,000 points. Those two reasons were my entire basis for being in favour of having Spezza on ice for Toronto next season. That reasoning wasn’t really the best thing for the Maple Leafs though, as Spezza, while still adding value in the bottom six, is a bit of a square peg being forced into a round hole with a Leafs bottom six that is becoming increasingly focused on playing a tight defensive game, and has a bit more speed to it.
Spezza was much more of a tertiary scorer and someone who could join the powerplay as needed. The Leafs should still be able to find that while finding players who fit their style of bottom six hockey. Perhaps the biggest hole left by Spezza is being an affordable center option.
It’s not that Spezza was an ideal option at center for the Leafs, and when they could go away from him in that role they did, but even for the fourth line, finding a solid 4C at the league minimum salary is a challenge, and replacing Spezza might be costly.

Matthews, Nylander, and Marner aren’t old by any stretch, nor are they truly seasoned veterans, but couple them with a supporting cast that will most definitely include Rielly, Tavares, Giordano, and Brodie as more of a veteran core of the team, and the Leafs can run more of the kids and put them in positions that suit their abilities not just to plug holes in the lineup.
Sandin and Liljegren are certainly experienced enough now at the NHL level that they are lineup locks and I don’t think there are many worries left about either of them receiving top four minutes. But there should also be a door open for a player like Kristians Rubins to establish himself as a 7th defenseman, or for Topi Niemela to compete for a bottom pairing role.
On the forward side of things the plan should be to find a spot where Nick Robertson can excel playing his game and set him up for a chance to be successful. The Leafs might are also best served with Steeves, Abruzzese, McMann, and others coming into camp feeling they have a shot at a clearly vacant spot on the Leafs fourth line rather than having the spot blocked by a clear veteran incumbent.
The best outcome for the Leafs is to find players on cheap contracts, and their entry level players are the easiest way of finding those players. And entry level players have the best chance of outplaying their contracts as well, and if the Leafs kids are ready, that’s going to be a stronger option for getting the most out of their bottom six than trying to get the last few games of hockey out of discount veterans.

Last year around this time I was on some serious Michael Bunting bullshit. That seemed to work out very well, so this year I’m going to start in on some Miles Wood bullshit, and say that here is a target for the Leafs that shouldn’t cost them a ton and is a low risk chance at greatly improving the team.
Wood was limited to just three games last season due to injury and now is an RFA that will require a $3.5M contract off to qualify him. It’s hard to imagine the Devils will do that, especially since his previous performance doesn’t warrant that kind of money.
His last season pre-injury had him put up 17 goals in 55 games though, and that certainly brings some attention to him. He has speed, and size, and can play a similar game to Blake Coleman. Of course, that is all dependent on him being able to play.
The theory is that Miles Wood might be able to join the Leafs in something similar to the deal that brought Ondrej Kase to the Leafs. Of course, Kase had Kampf to entice him so there might be need to be a few extra dollars to give Wood a try. Still, he seems like a great second or third line wing option depending on what the Leafs want to do with Nick Robertson next season.
More from The Leafs Nation:
POINTSBET IS LIVE IN ONTARIO