Leaflets: Rumours vs. Speculation, a BPA rant, and the case for the goaltending cart before the horse 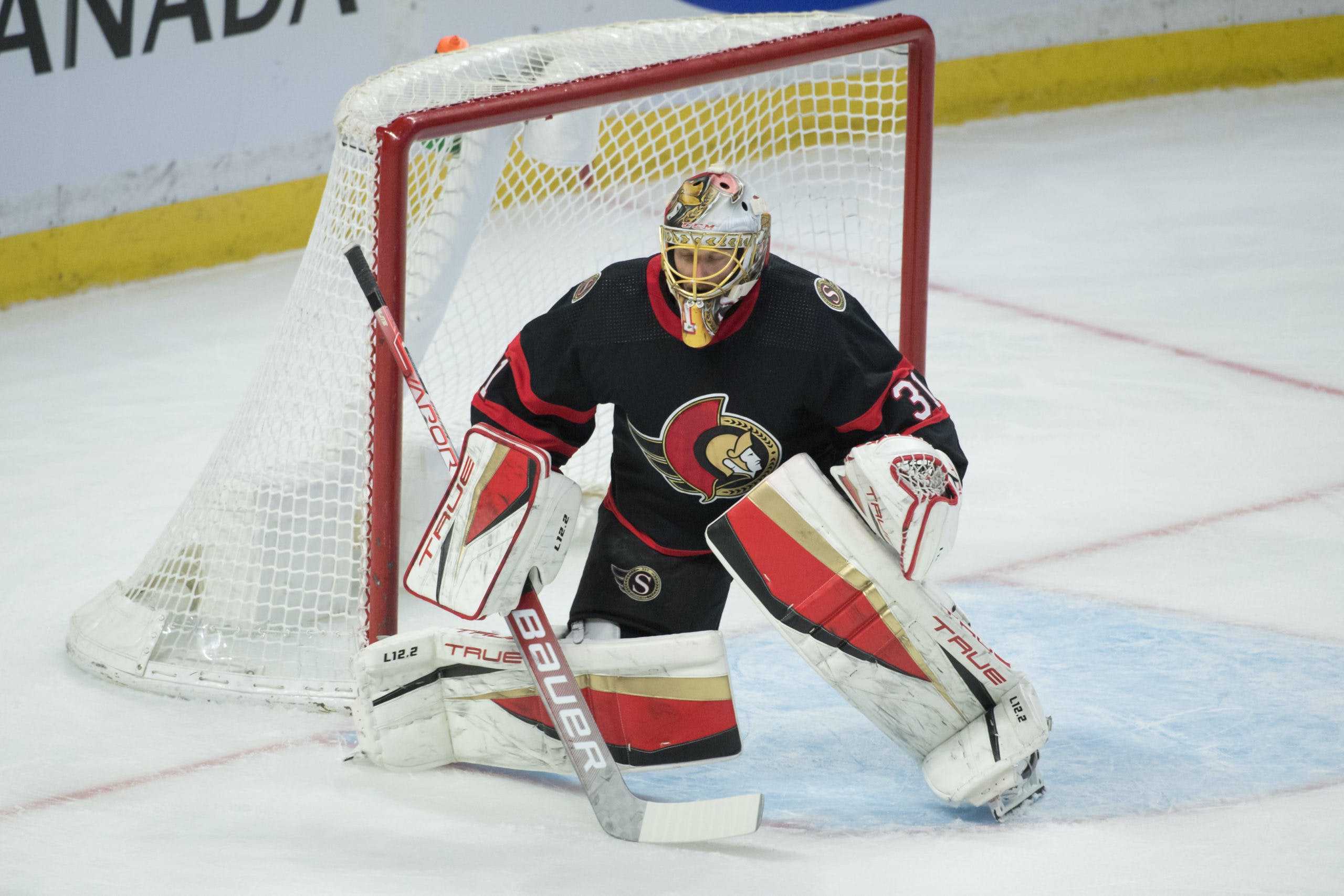 By Jon Steitzer
7 months ago
Here I am on a Sunday night polishing off a bottle of wine that needs finishing before it goes bad, and I’m feeling now is the time to rant about some offseason practices. Here we go:

The main thing that drew me to the online hockey community was having several hours worth of a desk job to fill and my desire to see the Leafs make moves to improve themselves. I’d scour the internet looking for any indication that Toronto would improve, and that became how I filled my workday. I went on from there, but still, I get the appeal the seeking out Leafs rumours and daydreaming about what happens next.
Still, I’d like to think that along the way I learned the difference between rumours and speculation and learned to treat them differently. I don’t often see that in the mess that is social media, and often that’s a product of the crappy game of telephone that goes on.
Rumours are generally provided by an insider or beat reporter citing someone from around the league sharing what they’ve heard or possibly what they are up to. Those are pretty straightforward.
Unfortunately, because people like me and many of you are so starved for rumours and there are countless hours of TV and radio to fill and endless articles to write, we get treated to a healthy dose of speculation, often from those very insiders who provide us with the rumours and making it confusing. Much of the speculation is worthwhile, given that these insiders are often basing what comes next based off of better information than the rest of us have, but it is still not a rumour in the truest sense and leaves us with people having minor meltdowns over the idea of Matt Murray being the next Maple Leafs goaltender.
I’ll pick on Chris Johnston’s mention of Murray because it’s a straightforward recent example. The connection is there because the Sens are looking to shed salary, as Ottawa generally does. Murray is a product of the Soo Greyhounds, and Dubas certainly has an affinity for going with players he knows, and it’s no secret at all the Leafs are in the market for a goaltender. Connecting the dots seems reasonable no matter what your opinion of Murray, is and was perfectly reasonable speculation. And at no time was Johnston claiming to report anything, he used the popular “I think” qualifier that often gets left out of Instagram rumour graphs, or radio-ers forget to mention in their tweets, along with the link to the audio that allows people to verify it was speculation, not a report.
Speculation is fun and fills the time between actual news. It adds some insider perspective to the player movement conversation, but all I’m asking for is a bit more context from the people aggregating it. Trust me the clout is still there, you don’t need to do anyone dirty by changing the tone of the information.

Draft season is fun in many ways and tedious in many others. I generally find it an exciting time, but admittedly in the past three years I haven’t followed junior hockey like I used to and at the best of times I was reaching for what I could pull from European hockey coverage. Luckily there is no shortage of draft lists littered with hot takes, and draft profiles littered with cliches to get us all caught up. While I poke fun at those things, they really are invaluable tools because someone has taken at least a little time to understand what these players have to offer.
Usually, once these draft lists exist and casual draft folks like myself have their way with them we start hearing about how every team needs to take the best player available. I’ve always found this to be the dumbest statement imaginable given that you aren’t going to find any agreement on this. Right now there is plenty of debate over Logan Cooley vs. Shane Wright and generally, there are enough misses on everyone’s list to interject a bit of consideration beyond the best player available.
The first thing I’m going to assume is that most teams have clusters or tiers of players, not just a simple 1-224 list. When you see teams trading down that’s probably because they feel safe that they’ll get one of their guys. If they wanted a certain player, they’d probably take that player. When the Leafs traded down to select Rasmus Sandin, he could have been Dubas’ first choice, but there were probably a couple of other players he would have been happy with too. No one thought Sandin was the best player available at the time, aside from Kyle Dubas.
The next thing is that positions and archetypes need to be considered in establishing the best player available. It’s okay to value centers more than wingers, or high-end scoring over two-way play, that’s going to create a lot of variance in rankings, and admittedly when I’ve done my rankings in the past I’ve got a huge bias towards centers, and players with elite speed.
There’s also the matter of what your organization can develop successfully. Take a look at the Leafs track record with goaltender development. There is probably a lot of risk in prioritizing a goaltender over left-handed defensemen, which the Leafs have been able to produce much more reliably.
The statement “they’ll take the best player available” really comes down to stating the obvious and that’s the Leafs will select the player highest on their list. Well no shit. It’s just we don’t know that list, so looking at the organization’s tendencies and needs makes a lot more sense than assuming the Leafs print off Bob McKenzie’s draft list half an hour before the first selection is announced.

It stands to reason that the Leafs would want the input of an organizational goaltending expert to help them build out their crease for next season. That might be true of the backup, the Marlies, and other organizational depth, but maybe Kyle Dubas needs to take the leap on the starter himself and just go for who looks like they have the best chance of delivering the highest level of goaltending possible. Then find the goaltending coach that fits that primary acquisition.
Maybe there’s even something to be said for that goaltender weighing in on who they’d like to work with, and this can help set the tone for the organization modeling their goaltending approach after the style of the starter and getting everyone on the same wavelength.
As much as I don’t know about the draft I always feel I know even less about goaltending, but with MLSE’s deep pockets and unlimited spending abilities on coaches, maybe it’s more important to get the goaltender the organization at large wants first.
That being said, when you look at the Leafs goaltending development history and it’s pretty much limited to Felix Potvin, Damian Rhodes, and James Reimer as success stories for the past thirty years, maybe the architect is more important than the guy with the hammer, even if the guy with the hammer will be who has to actually get things done.
More from TheLeafsNation.com