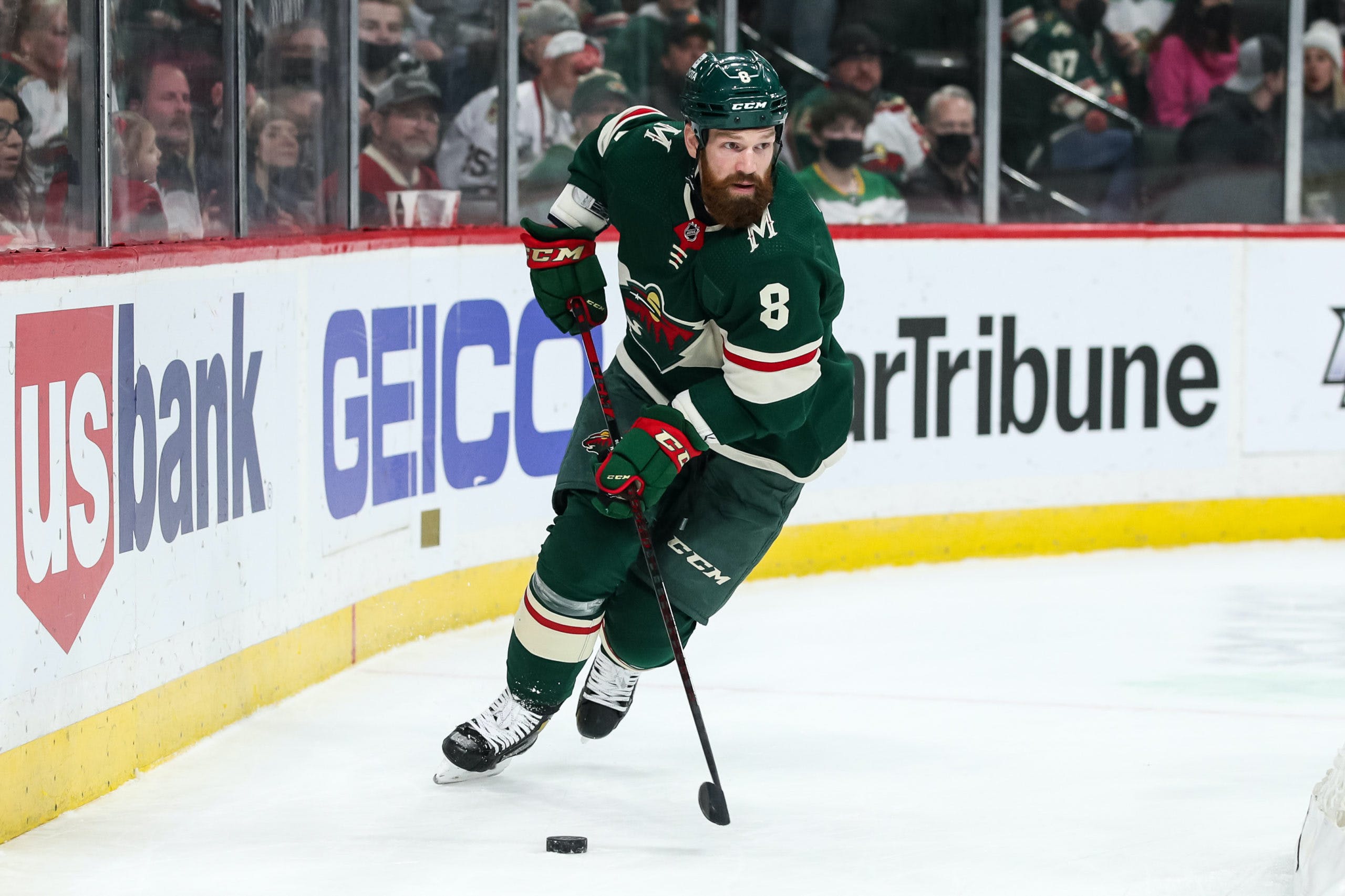 By Jon Steitzer
4 months ago
Kyle Dubas stayed true to his word and went out and added some defensive depth today in the form of Benn and Mete. The contracts are one year, $750k each.
From the Leafs press release:

The Toronto Maple Leafs announced today that the hockey club has signed defencemen Jordie Benn and Victor Mete to one-year contracts. The average annual value of both contracts is $750,000.

These are two buriable contracts, and we can fully expect that the Leafs may do that at least with Mete, but let’s discuss the players a little before we send them down to the Marlies.
Jordie Benn is 6’2 and absolutely the physical presence that Kyle Dubas was talking about acquiring for the blueline. He’s a left shot rather than a righty, but the options seem to be absolutely absent in free agency when it comes to right shot physical presence, outside of possibly PK Subban.
Benn’s numbers:

So yeah, it’s all about the hitting and the depth aspect when it comes to the Benn acquisition. The Leafs struggled as they looked down their lineup last year and Benn seems like a better option than players like Biega and Dahlstrom were, so there’s that.
As for Victor Mete, he’s got age on his side at being just 24 years of age, and it might not hurt to take a look at him. Like Benn, Mete is a left shot, and doesn’t really address the right side needs of the Leafs, but fits from a depth perspective. Figuring out where he really fits in from a defensive archetype standpoint is probably part of the reason he’s struggled, but if the Leafs are looking at him not as a day one Leaf, but a project to tackle throughout the year, the move makes sense.

There really isn’t a whole lot pointing to why Mete makes sense, beyond adding to the Marlies. With the Leafs being light on callup options, Mete will still likely get some time in the NHL, but I can’t imagine that is the main plan for him.
The addition of these two players puts the Leafs at 46 contracts and they’ll be at 48 once Engvall and Sandin sign (assuming they do.) Toronto is getting awfully close to the 50 limit and they aren’t exactly bringing in the most overwhelming players to get there. The David Kampf addition bought Kyle Dubas a bit of credibility with his out of nowhere acquisitions, but neither Mete nor Benn move the needle much when it comes to success for the Leafs, and an impact player is what has been missing from the offseason so far for the Leafs.
Data sourced from Evolving Hockey and Hockey Reference
More from TheLeafsNation.com