Leafs and the joys of (lite) load management 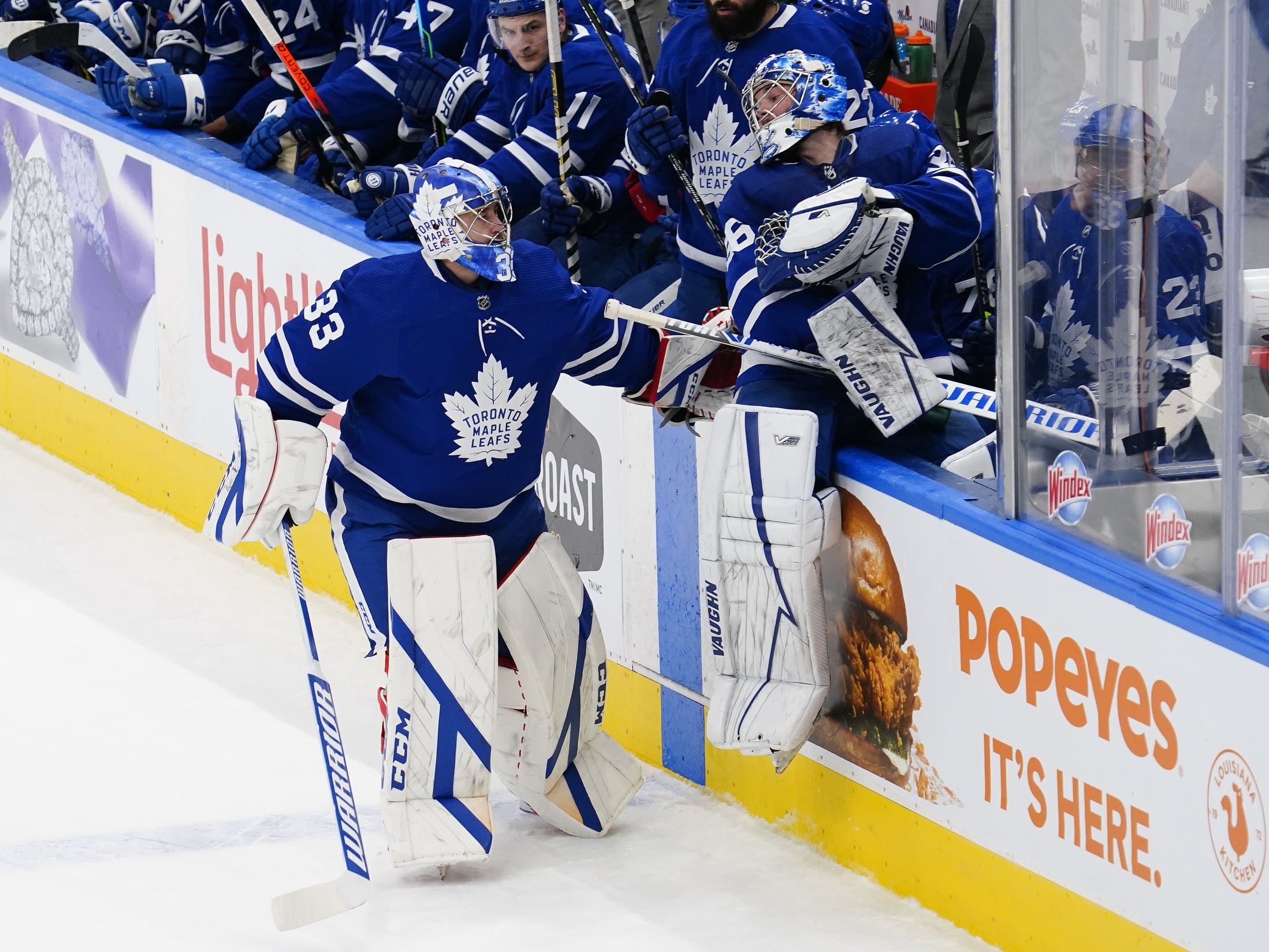 By Jon Steitzer
1 year ago
If it was really load management it would have been happening all along and not just emerging in the final two weeks while the Leafs close out their season. From early on in the season it seemed painfully clear that the Leafs are a notch above their North Division rivals, and frequently had to beat themselves (hehe) in order for the other team to pick up a win. Mildly banged up players or some of the more senior players could have been resting throughout this season and we could have been treated to things like Rasmus Sandin (pre and post injury) more frequently, or Timothy Liljegren, or have seen what a serviceable NHLer Adam Brooks could be all along. The price would have been John Tavares taking a rest in the press box, or Jake Muzzin getting to step out of the lineup whenever he wasn’t feeling 100%, and all that stuff. This is all my wonderful hindsight vision, but it of course doesn’t account for the razor thin cap space margins the Leafs have been dealing with all season, so maybe we consider NBA style load management another year and instead look at what we’ll get out of it down the stretch.

Who sits and who plays on defense?

Well, we’ve already seen Muzzin sit and Rielly sit. That’s a pretty good start, and in reality Muzzin should only be playing enough to keep him feeling game ready. If we see him in two more games this season that seems like more than enough. The guy is going to be taking on the toughest assignments and will be putting his body on the line more than any one else. Sitting him seems like a no brainer.
As for Rielly, well, he’s played a lot of minutes this year, but also seems to be in the process of having his partner stolen away from him, as Brodie seems to be really gelling with Rasmus Sandin, who might be giving the Leafs a significant defensive upgrade over Rielly on that pairing. As much as sitting Rielly as much as possible seems like a strong idea, it might be interesting to see what he too can do with a new partner, and pair him with Ben Hutton as much as possible down the stretch, as that too seems like it has the potential to be a workable pairing. I’d still find a way to give Rielly a couple of nights off.
Both Justin Holl and TJ Brodie are also likely deserving of a couple of nights of rest, and I’m sure Sheldon Keefe will find opportunities for that to happen. Between resting Holl, Brodie, and Rielly 2 or 3 games each, and giving Muzzin four games of rest, along with the injury to Zach Bogosian, that is almost enough to keep Sandin, Liljegren, and Hutton in the lineup the rest of the way throughout the regular season for the Leafs and that has benefits to both the NHL regulars and the depth players heading into the important games.

The forwards are a bit trickier

It seems like Auston Matthews and Mitch Marner aren’t too interested in coming out of the lineup, and especially with Auston chasing 40 goals on the year he might be reluctant to take a rest. That doesn’t change that it is probably in the best interest of the team for them to do so, as well as John Tavares and William Nylander.
So far we’ve seen Nick Foligno sit, and that’s likely due to him possibly not being 100% after being injured during his time in Columbus, and I’m sure we’ll see Joe Thornton, Jason Spezza and Wayne Simmonds get some rest in the final games as well, although it’s possible they might not be regulars in the playoffs anyway.
As for getting forwards a chance to play, it really is only Adam Brooks and Pierre Engvall that the Leafs are trying to rotate in at this point. Nick Robertson might get another brief look in the coming days, but with the Marlies now resuming their season, Robertson, Petan, and coming might be unavailable until the Marlies season is over and they can join the black aces squad.
I’d expect Pierre Engvall and Adam Brooks to be consistently in the lineup the rest of the way for the Leafs, but it will tougher to say who is coming out for them.

As unappealing as that sounds, both Campbell and Andersen have been injured enough this season that it seems foolish to play them any more than is needed to keep them fresh for the playoffs. The Leafs might want to move mountains to get Andersen back into the lineup, but that might be more trouble than it’s worth. Jack Campbell may want another game or two, but with no back to backs left on the schedule, the Leafs could essentially trust the net to David Rittich the rest of the way, and have a better understanding if he’s an option for them in the playoffs or beyond this year.

No fans to feel ripped off

One of the luxuries of this season is that no one is going to write mopey thinkpieces about how much it costs to attend a Leafs game and how a family of four shelled out close to $1000 to watch the Leafs only to find out that Adam Brooks was in for Auston Matthews. This year we are free of that insincere hypothetical argument and the Leafs can just do what’s best for their players down the stretch. And by the looks of it, Sheldon Keefe plans on taking full advantage of this. We’ll just have to see what happens if their status as first in the division is challenged along the way.
Uncategorized
Recent articles from Jon Steitzer