Leafs assign Pontus Holmberg and Victor Mete to the Marlies, Jordie Benn activated from the LTIR 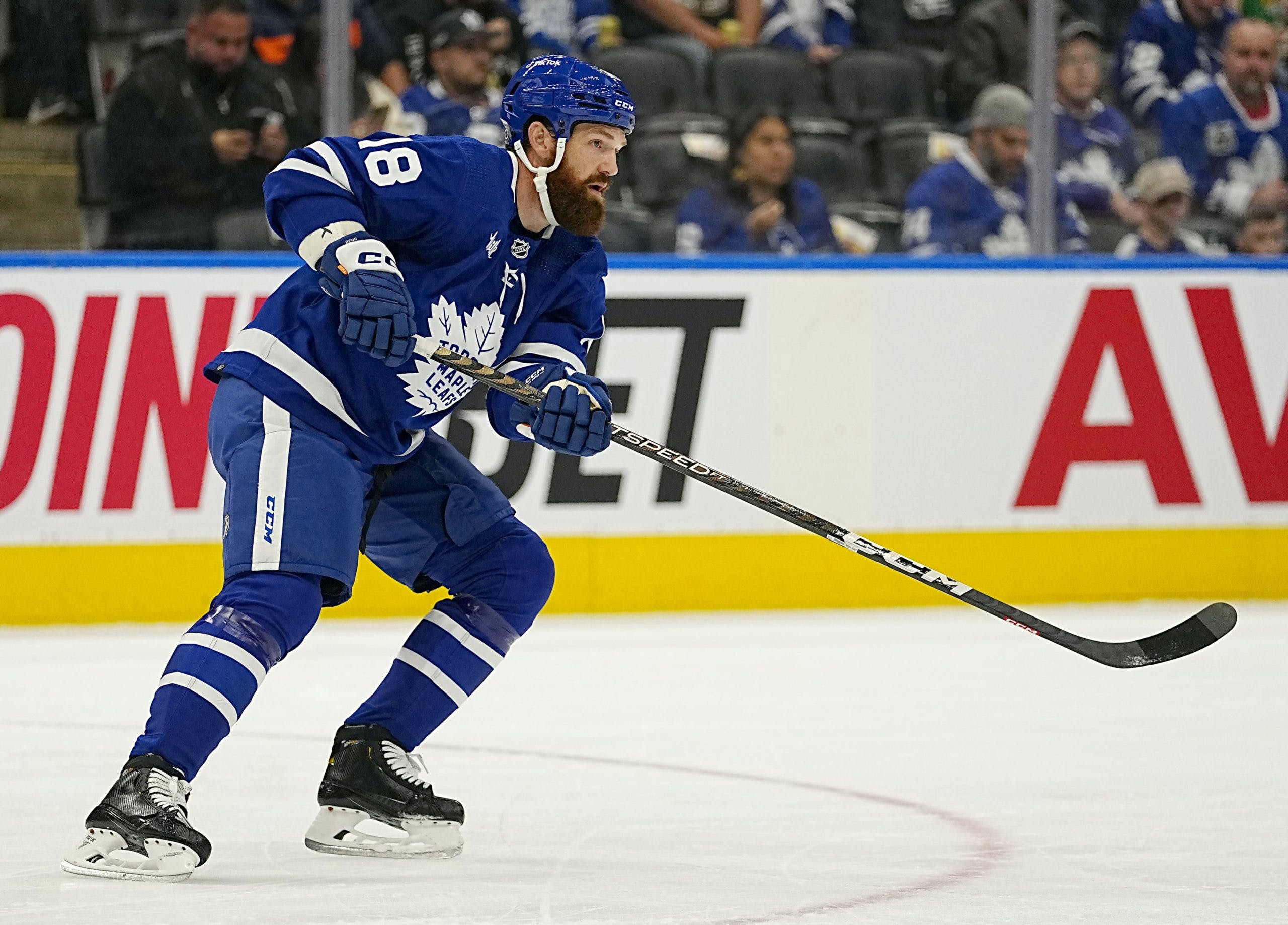 By Jon Steitzer
2 months ago
As the Leafs begin to heal, some small roster changes are coming for the Leafs:
The Leafs are getting in just under the wire on Mete’s ability to dodge waivers. He might have only had five games played, but he’s right at the 30 day window requiring waivers again. Well, maybe not right at, but Mete was recalled on October 16th and has been with the Leafs since. With 5 games and 7 days remaining on his waivers eligibility, it’s entirely possible the Leafs can get another recall or two out of Mete before they need to risk losing him again.
Pontus Holmberg doesn’t require waivers so the decision to return him to the Marlies is simpler and one that also benefits him by getting him in games with more significant minutes. He wasn’t really given a great opportunity for making his case to stay but didn’t look out of place in the Leafs lineup either. It will be interesting to see if he’s the regular first recall at forward for the Leafs or if someone like Alex Steeves will be given the next opportunity as he has also been playing well in the AHL.
As for Jordie Benn, I wouldn’t imagine it will take too long before we see him in a game for the Leafs. With Jake Muzzin on the LTIR, there is likely some interest in putting a physical presence on the back end of the blue line. A week ago I would have said he would likely show up to replace Justin Holl, but now seems it is possible the Leafs will rest Giordano for a night to give Benn a whirl in one of the back-to-back games this weekend if he’s not already in by Thursday.
The Leafs play tonight against Vegas, and the Marlies play Friday in Grand Rapids.
News
Recent articles from Jon Steitzer