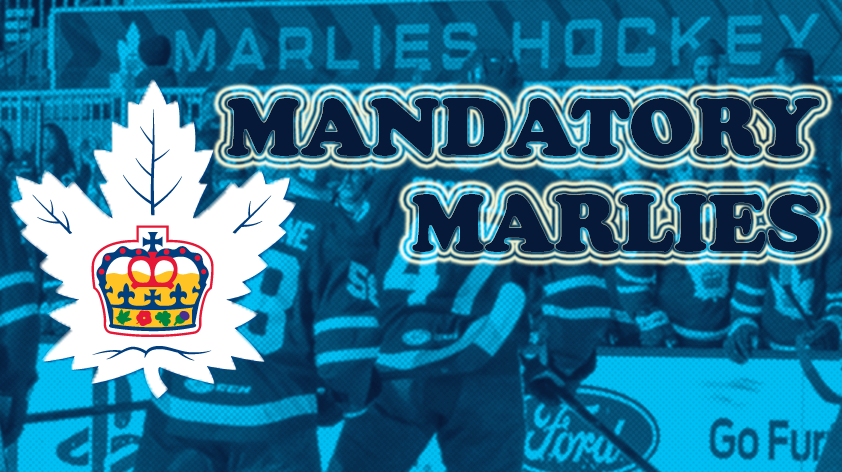 By Jon Steitzer
1 year ago
Generally Friday afternoons are a time for firings, but the Leafs flipped the narrative today, and announced a hiring, Ryan Hardy, who will have the dual role of GMing the Marlies as well as the Newfoundland Growlers.
Here are a few more of the details…

Hardy will oversee hockey operations for the Marlies and Growlers, including roster decisions and staffing. He will also work in unison with the Player Development department to track drafted prospects and participate in player personnel and scouting initiatives as needed.
“Over the last several seasons, I have developed a strong relationship with Ryan as his Chicago Steel team had great success on the ice, as well as success in developing players and staff,” said Toronto Maple Leafs General Manager Kyle Dubas. “As we evaluate how best to maximize the potential of all our prospects, we felt that adding Ryan to our management team and tasking him with managing the Marlies and the hockey side of our relationship with the Newfoundland Growlers would be a great benefit to the organization.”
Laurence Gilman, who had served as Marlies GM since the 2018-19 season, will be elevated to the role of Senior Vice-President of the Marlies while maintaining his roles as Assistant General Manager of the Toronto Maple Leafs and Governor of the AHL club. He will also continue to oversee the business operations of the Marlies.

The Leafs press release does a good job of answering our three main questions, the first being what will Hardy be doing. The fact that there is a collaborative effort between player development and minor league boss is going to be important, but I suspect it has always existed. There is probably some additional restructuring going on where both the AHL/ECHL portfolio and the Player Development probably fall under Gilman, and he will help facilitate the development of the players more efficiently.
That brings us to the point there about Gilman. He’s not going anywhere, in fact he’s getting promoted, which is necessary given the fact that he is an in demand executive around the league. While it seems like the focus that has been shared so far is still focused on the Marlies, we’ll probably learn more about what Gilman is up to in the coming weeks as it seems odd they just slotted someone in under him and that’s that. It’s also possible that this is a bit of succession planning knowing the Leafs won’t be able to retain Gilman forever and scooping up a promising hockey ops talent like Ryan Hardy makes sense.
The third is something that has probably been noticed by a few people, and that is the Leafs are building a solid relationship with the Chicago Steel. Greg Moore was the former Head Coach of the Steel, so this is a bit of a reunion, and likely a sign that Moore will continue in his role with the Marlies. The Leafs also have their former scout Noelle Needham with the Steel organization, as the AGM and now that the Steel have a vacancy at GM, it’s entirely possible she could step into that role. You might also remember Nick Abruzzese, the promising Leafs prospect who missed this season at Harvard due to injury. He’s also a Chicago Steel product under Hardy, and 2020 draft pick Joe Miller spent the last season in Chicago as well, picking up 18 points in 40 games before he attends the University of Minnesota next season.
We can only hope that if the Leafs find their way into the first round by picking up a draft pick via trade, they consider the promising Chicago Steel product Matthew Coronato or perhaps the realistic option is Jack Bar who is slated to go in the second round.
Anyways, the Hardy hire is an inspired one. He’s an up and comer, an analytics friendly GM and a close contact of Dubas who is wanting to work within his circle. Of course, Hardy isn’t someone who came out of nowhere, and the Leafs press release touts his experience as a Bruins scout, as well as his role as Director of Player Personnel for the US National Team Development program as well.
This seems like a solid move and also seems to show the Leafs still have confidence in Dubas as he is building his front office his way.
Uncategorized
Recent articles from Jon Steitzer