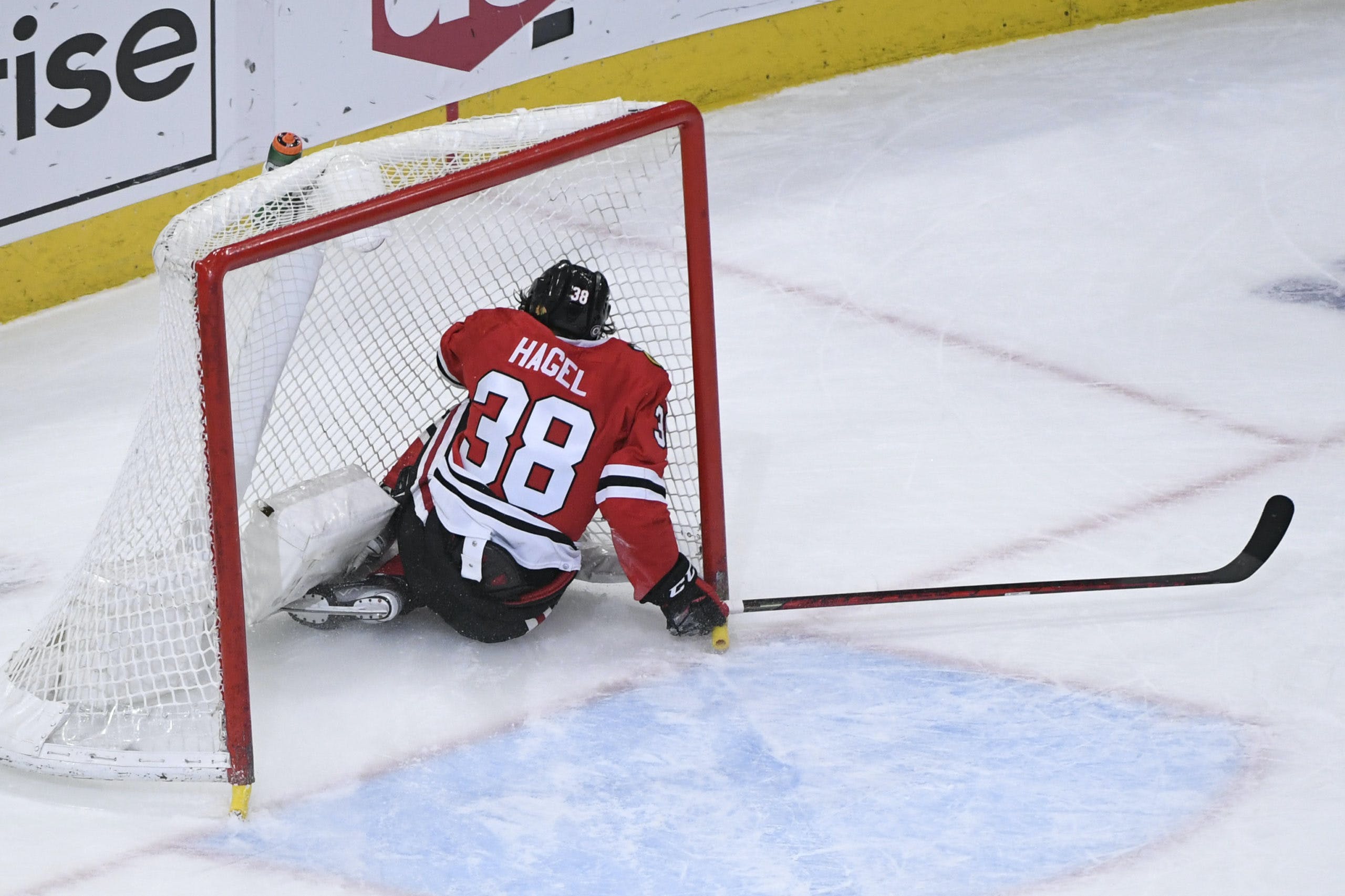 By Jon Steitzer
9 months ago
It’s that magical time of the year when absolutely every player available is likely to be traded to the Leafs. It can be a fun, crazy, and optimistic time of the year, but it can also be an exhausting time of the year that can’t end soon enough. For whatever reason, this year feels like the latter, and personally, I think it’s because it’s more fun being a seller than a buyer. There’s a lot less worry about screwing things up.
Normally when I take a poll, I decide to just ask the good people of TLN to weigh in on my questions, but Sunday night I was feeling a little saucy and asked the good people of Leafs Twitter to give me the names of five players they’d like to see the Leafs trade for (caveat being they had to stay somewhat within reason.)
After getting 32 responses back, I can officially say that Leafs’ fans are not the best counters and everyone who submitted a list with more than five players on it had only their first five selected. I also want to thank the person who said the Leafs should trade for Curtis Mayfield for brightening my day. You truly are super fly.
The process produced 43 unique players to consider, and 23 of those players received 2 or more votes.
Here’s that list:
Here are some thoughts on the top 10:

If you consider the Carter Hutton trade a second trade with Arizona and not an extension of the first deal that sent Nick Ritchie to Arizona and Ilya Lyubushkin to Toronto, a potential trade for Lawson Crouse would be the third deal with the Coyotes this season. If the Coyotes are smart they’ll institute some kind of stamp card system for frequent buyers.
As much as I think Lawson Crouse could be a good addition to the Leafs lineup, there are two barriers for me. The Leafs either struggle with the concept of a power//checking forward, or they feel that if they have one person on the ice hitting that means that no one else has to ever worry about finishing their checks. As good as Lawson is at what he does he’s not good enough to excuse the rest of the team from playing tougher.
There’s also the small matter of the Coyotes probably not wanting to part with this guy. He (and to a greater extent, his dog) is a fan favourite in Arizona, and he’s still young enough that he can hang around and be part of the solution there. He’s also a pending RFA, and on a team that is short on contracts for next season having Crouse within their means to bring back probably makes Bill Armstrong reluctant to trade him for anything short of an overpayment.

On a team that is tight to the cap and loaded with players that aren’t very good, it seems likely they’ll try and jettison the players on worse contracts first, and hang on to someone like Mayfield who has the added bonus of having a head coach who is quite fond of him there.
There’s also the fact that Barry Trotz is a very good coach for someone like Mayfield and knows exactly how to use him to the best of his abilities. Blindly throwing Mayfield out against top competition with a partner he’s not suited for with a more offensively driven system might not be the best fit for Mayfield.
Still, I get the appeal of his cap hit and the desire for some toughness on the opposition. That’s part of the reason why I liked the Lyubushkin acquisition, but I’m not convinced Mayfield gives you much more than Ilya. He’ll just require giving up better assets.

Is splitting up TJ Brodie and Morgan Rielly the first step in bringing in Mark Giordano? Will there be a Flames reunion on the Leafs blueline? Honestly, it seems entirely possible as Giordano fits the Leafs’ needs, at least temporarily, and it’s possible that Dave Hakstol might have a few Leafs players he’ll push Ron Francis to acquire for him to make it work.
Giordano is one of the more potentially expensive deadline rentals on this list and that’s the biggest buyer beware to consider, but if the Leafs want someone who will play hard, bring some leadership, and generally do all the things you’d ask of an ideal defensive deadline rental, it’s understandable why he was #8 on the list.

Considering Connor Murphy just missed the top ten cut-off, it’s quite clear that Leafs fans are quite high on the Blackhawks blueline. Of the two defenders, de Haan is certainly the more attainable and affordable one to pursue, and I’d argue the better one as well.
While de Haan’s cap hit is a little high, and he narrowly slips into the middle pairing classification, he’s good enough to be an upgrade over what the Leafs have been getting from Jake Muzzin this year.
He’s not the most exciting option, but he can help.

Miller is one of the more exciting options. He’s having another solid year and has the bonus of being under contract for next year as well at a reasonable cap hit. If Vancouver is truly foolish enough to make him available, it makes sense to see if anything can be done here because despite what Canucks fans think they might get for him, the return is going to be more palatable than the proposals floating around the internet.
Miller would give the Leafs another top line caliber player that they’d be loading onto their second line or possibly helping them roll three incredibly deep lines. As much as Leafs fans have prioritized defense, Miller is a great case for the best defense being a great offense.

If you’ve reached your breaking point on Leafs’ goaltending you are probably nodding in agreement with Fleury being on this list, and perhaps you think he should be a little bit higher.
There’s a lot that needs to be explored when talking about an expensive, older rental goaltender that will cost you so good assets, but for now, I can appreciate that last year’s Vezina winner is probably the win-now option of who is available on the goaltending market. It’s just very unlikely that he’ll re-sign in Toronto and the Leafs will be back to square one next year.

While I’m very much over the idea of rental players, I’m quickly learning that is not the case with most of Leafs Nation. And while I love Hertl, and have a fondness for any player that looks like he enjoys every shift he’s on the ice, and as much as I believe he’s a first line talent the Leafs can use to give Toronto 3 deep forward lines, the price of acquiring him scares the hell out of me and I have little faith that he’ll be back as a Leaf next season. While someone like JT Miller might cost more to acquire because of his extra year, I think he’s going to be the way to go over someone like Hertl who will be nearly as expensive.

I feel nothing short of Kyle Dubas holding a press conference tomorrow and stating that under no circumstance will there be a Luke Schenn return to Toronto, we’re going to have to endure a number of Schenn to the Leafs takes between now and the deadline.
Don’t get me wrong, I like Schenn’s contract, and I like that he hits. I don’t like how he’s played away from Quinn Hughes, and I don’t like the idea of him as anything more than defensive depth at this point.
Considering there were also votes for a James Reimer return to Toronto as well as Phil Kessel getting consideration, I will say that you can’t fault Leafs’ fans for not having loyalty to their players.

Chychrun had a great season last year and has experienced a drop-off for Coyote reasons. He has an amazing contract with plenty of term on it and he’s young. There’s no reason for a player like him to be available at the trade deadline, so if he is there, you have to hustle to see if you can pull a deal off here.
Chychrun being on the left side was originally a deterrent, but with Muzzin out, there’s no reason why the Leafs can’t try and make this happen.

I honestly wonder how many people had heard of Hagel before trade deadline season started, and people started connecting a mysterious name to the Leafs. Once people checked and saw a friendly cap hit, points, size, and a willingness to hit, it’s understandable how he became a favourite on this list. The only thing better than one Michael Bunting style bargain is two Michael Bunting style bargains.
The interesting thing is now that Kyle Davidson is being put in as the Blackhawks non-interim GM, all the rumoured shopping of players like Hagel holds up, and it’s not something where we’ll see him suddenly pulled off the market because a new sheriff is in town. Going after Hagel looks like it’s possible and it would be a great idea. Presumably, the price isn’t going to be far off of what needed to be paid for Blake Coleman or Barclay Goodrow, but after the Lightning’s success, teams will probably drive that price up even higher.

With three weeks to go until the trade deadline, it will be interesting to see what the Leafs do. Dubas has preferred to act early, and we saw some of that already with Lyubushkin. Hopefully, we won’t have to wait too long, and with the Muzzin LTIR space being all the Leafs really have to work with, it seems that there isn’t any hold up money-wise.
Thanks to everyone who participated in the poll.
More from THELEAFSNATION
Uncategorized
Recent articles from Jon Steitzer