Leafs get an outdoor game, but unfortunately it’s against the Sabres 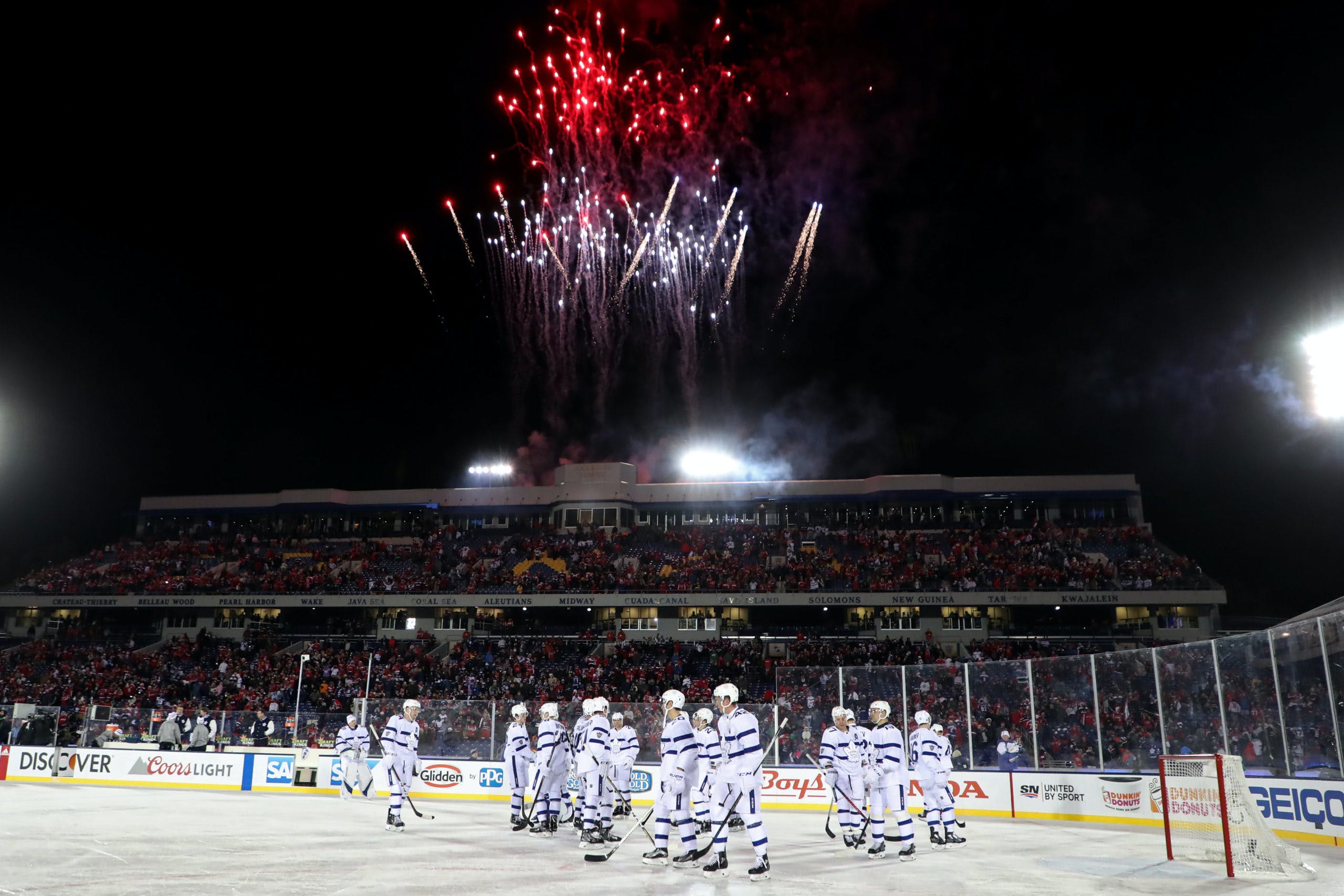 By Jon Steitzer
1 year ago
Good news everyone, the Leafs will be playing outside again this year. The bad news is it will likely be against a Jack Eichel-less Buffalo Sabres team in Hamilton.
The game counts as a Sabres home game, so you can hold back any possible outrage over having to drive to Hamilton for a Leafs game instead of it being in Toronto, this is just shaving some time off the drive to Buffalo for Leafs fans who normally make that trip, and saving people the inconvenience of the border crossing, which ironically the home team fans will have to put up with. It being a Sabres home game seems like it will be so in name only, as Leafs fans generally take over the arena in Buffalo anyways, and in this scenario it seems very unlikely their fans will outnumber the Leafs fans.
This also marks the first time that an American team has been involved in the Heritage Classic, let alone the first time that an American team is the home team, but given that the event is presented by Tim Hortons, takes place at Tim Hortons Field, and features two teams that Tim Horton played for, this seems like corporate synergy winning the day over a commitment to having the event continue to feature two Canadian teams. Whatever, it’s a gimmick, these events are fun to attend, and I don’t doubt that Leafs fans going will have a good time.
The Leafs being involved in an outdoor game also likely means that we’ll be treated to a new Leafs jersey to mark the event, and that’s fun too. Toronto seems to be running out of old Maple Leafs logos to throw on jerseys, so it will be interesting to see what direction they go. As for Buffalo, we can only hope that the return of the Buffaslug happens.
The Leafs have 2-1-0 record in outdoor games, with their only loss coming against Washington. This is the Sabres third outdoor game, and they are yet to win, so hopefully the Leafs aren’t interested in being slumpbusters. Generally these games favour the more skilled team, so that’s likely good news for the Leafs.
So mark your calendars, and set up your ticket alerts. Who knows, we might even have a TheLeafsNation.com tailgate party to look forward to. We’ll just have to check with our site overlords to see if they’ll pay for the booze.
Uncategorized
Recent articles from Jon Steitzer