Leafs get ready for final matchup against Canadiens in preseason 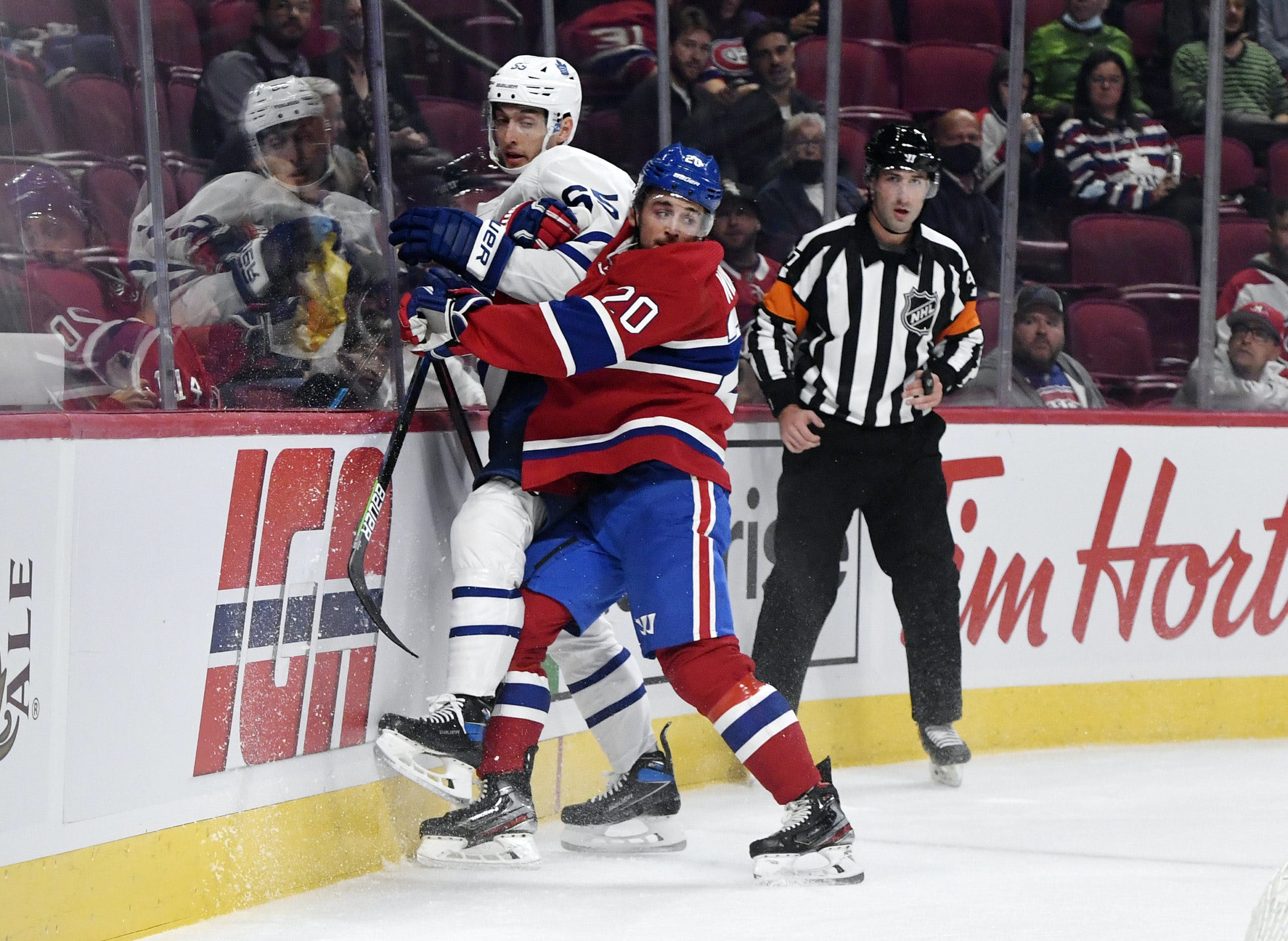 By Marsha Joseph
1 year ago
Both the Leafs and Habs enter this game looking for a second straight win after facing the Ottawa Senators. Their preseason series is currently tied at 1-1, lets see if this semi-refined Leafs squad can end things the right way.
In this game eyes will be on certain players for various reasons. Ilya Mikheyev and Nick Ritchie will both be fighting to keep their spots in the top six. Its also going to be a huge night for Amadio, Brooks, and Semyonov. It may just be their last chance to prove who will be the best 4C. Here we will also see what Timothy Liljegren can bring to the table in his quest for a final roster spot. The possibilities are truly endless. This game will show us who makes it past tomorrow. Get reay to see these guys play their hearts out tonight. Tomorrow we will have aa different team on our hands.
Matthews participated in his first full practice today, with the exception of scrimmage at the end. He seemed to be taking contact for the first time in a while as well. Matthews says the pln is still to be ready for play on opening night.
Interesting update on Montreal’s end. They will once again be without star goaltender Carey Price who was projected to be ready for training camp after meniscus repair surgery. He is currently sick with a non-Covid related illness, which has held him back from practising. All that being said the Habs picked up Samuel Montembeault off waivers from the Florida Panthers last weekend.
The Leafs roster for tonight:
Per Sheldon Keefe, this is what the lines will look like:
Ritchie-Semyonov-Marner
Mikheyev-Tavares-Nylander
Gusev-Brooks-Amadio
Seney-Der-Arguchintsev-Gabriel
Rielly-Brodie
Dahlstrom-Liljegren
Menell-Rubins
Hollowell
As previously mentioned there are some people that were on the roster yesterday playing again tonight.
From the Montreal Canadiens, here are the lines featured during their practice this morning:
Petr Mrazek starts with for the Maple Leafs with Erik Kallgren as his back up. For the Canadiens, Samuel Montembeault starts with Cayden Primeau to back him up.
Tonight’s game starts at 7:00 pm and will be available on TSN.
Uncategorized
Recent articles from Marsha Joseph