Leafs have done a good job of addressing their needs, but still need to improve 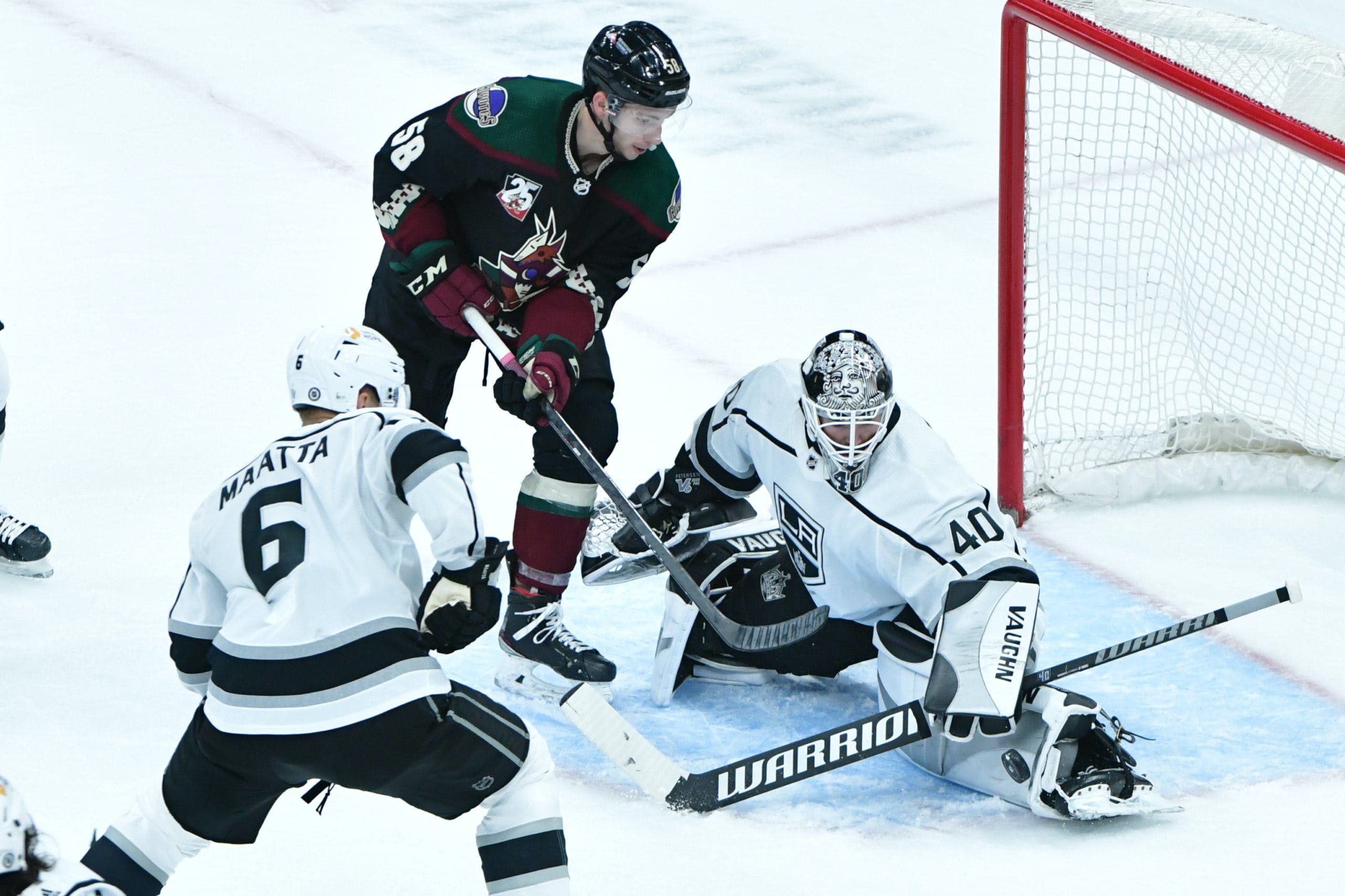 By Jon Steitzer
1 year ago
We’ve just passed the first 24 hour period of free agency with the Leafs adding anyone new. This lull gives us a little time to assess what’s been done so far. Initially this post was going to be published Saturday morning, but we went back to the drawing board following the @Ondrej Kase, and @Nick Ritchie additions. Now we can go back to our original questions:
How has Kyle Dubas done so far this offseason? What still needs to be done and who would you target to address it? A handful of our TLN writers weigh-in:

The Leafs’ additions so far are not the flashiest of names when compared to what else was available on the open market. But considering the team had little cap space to work with, I think Dubas has done alright to begin free agency. Mrazek should work well with Campbell splitting starts throughout the year. Bunting has the potential to be a Hyman replacement and be a pest that has been severely lacking in the top-six. Ho-Sang has a ton of untapped potential that could finally be realized in Toronto. Kampf may just be the shutdown centre the Leafs have been longing for. They added quite a bit of unique elements to their depth (ex: Gabriel for snarl in the bottom-six, Menell as offense from the backend, etc). And of course, Kase has a lot of potential that can be realized should he stay healthy while Ritchie provides some physicality in the middle-six. The one thing that all of these moves have in common is that the players were willing to take less than their market value to come here, which speaks volumes about the culture the Leafs have been building for the last few years. All of which is to say that so far, Dubas has done alright in the offseason. I look forward to seeing how all of these pieces mesh with the team next season.

Dubas has made some good (Mrazek, Bunting, Ritchie) to intriguing (Menell, Kase) to okay (Kampf, Gabriel) signings and trades, but I am still left underwhelmed by the lack of a significant upgrade to this roster. I feel very uneasy about returning next season with the same engine and chassis that once again underperformed in the playoffs. It feels like only the tires have been rotated. For me, that significant upgrade was Taylor Hall. Then it was Dougie Hamilton. I would have settled for Conor Garland or Pavel Buchnevich or Darcy Kuemper, but they were moved to other teams. As for what’s out there as rumoured to move, Josh Manson or Rickard Rakell would be guys I’d have interest in. I feel like Manson would more than adequately address the void left by Bogosian’s departure, and Rakell is an affordable forward with 60-point upside.

If you asked me this question 48 hours ago, I’d say Dubas was simply re-arranging deck chairs on the Titanic, and that without a significant move to get a piece that moves the needle, the result next spring would be exactly the same.
Post Ritchie and Kase signings, I’m still not 100% convinced this team is a contender, but they definitely look more like a team who can get goal scoring from players not named Auston Matthews, John Tavares, and William Nylander, which was my biggest issue with the roster at the time of the playoff exit. There are still a couple of passengers in the forward group who lack the ability to contribute offensively (Mikheyev and Engvall primarily) and I think there may be an opportunity to pick up one more forward, either by straight-up trading for them or trading away a couple of players for picks or prospects and using the resulting cap space to sign someone.
The defence wasn’t an issue last season, and they’ve upgraded on Frederik Andersen and signed a good partner for Campbell, so overall I can at least say that Dubas has done a decent job at picking up good forwards on good deals who all have the potential to play high in the lineup or add scoring depth, as I said above, I’d like to see one more move but even in absence of that, I can say I’m satisfied with the team on paper.

Kyle Dubas seemed to be remarkably slow out of the gate, sitting out the bizarre trades, and post expansion draft excitement that dominated the NHL early last week. In hindsight we can see that was benefitting teams that were sellers rather than buyers, or teams willing to take on salary. While the Leafs could have attempted to add some salary, that would have made the rest of the week more difficult so once again it’s hard to argue with Kyle Dubas’ patience.
Ultimately Kyle Dubas was made to look like a genius escaping the expansion draft with both affordable defenseman Justin Holl and Travis Dermott still being Leafs, as the prices in free agency for defensemen were insane.
He added @Petr Mrazek at more than I thought he’d cost, but decidedly less than others were paying for more questionable goaltending, and Ritchie, Kampf, Kase, and Bunting are all usually adds, with one of them likely capable of stepping into a top six winger role as needed, and the rest making the bottom six tougher to play against than last season. Hyman wasn’t replaced with one player, but four, and I have to say I appreciate the Moneyball approach that Dubas has reverted back to this offseason.
All  that said, the biggest piece of the puzzle for the Leafs is still the third line center position. There are too many shortcomings about @Alexander Kerfoot in that role, and expecting @David Kampf to take the leap just because we want him too, isn’t something I’d try to pull off as a team that should be trying for a Stanley Cup every year. That’s why I’d probably target someone like @Ryan Strome on the New York Rangers or try to bring @Nazem Kadri home to see if he can slide back into that role.
Let us know your thoughts. How has Kyle Dubas done so far? What’s still needing to be addressed? Who should the Leafs going after?
Uncategorized
Recent articles from Jon Steitzer