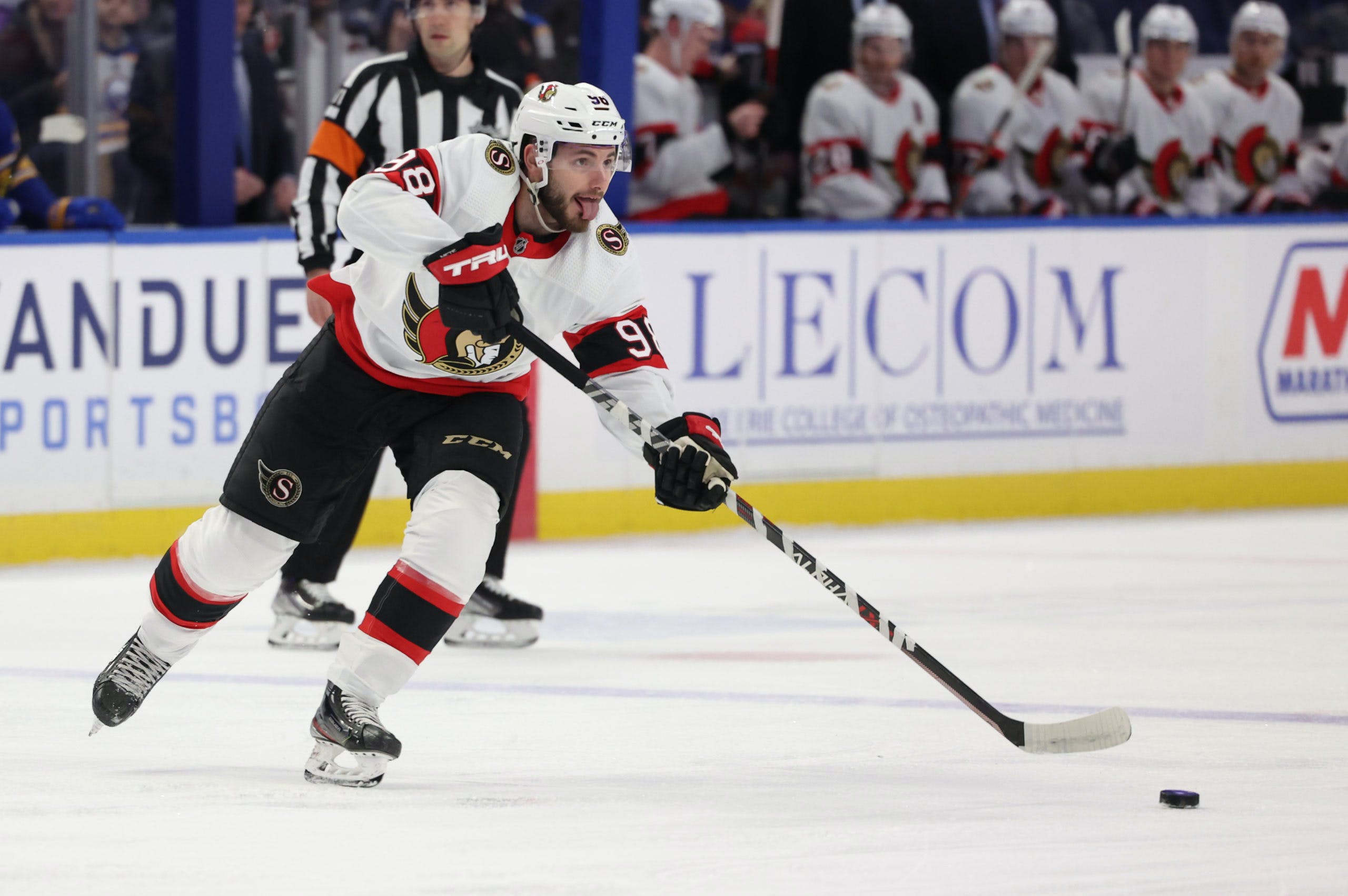 By Jon Steitzer
4 months ago
Following his selection in the 2016 draft, Victor Mete has been on a path that had him viewed with more potential than most fourth round selections. At 19 he made the Habs opening night roster. He’d follow that up with making the Canadian World Junior team, an accomplishment that now seems to be viewed more as a curse than an achievement. And the next two seasons would still see Mete used as an NHL regular, although never really establishing himself with a role with meaningful minutes. In short, he seemed rushed to the NHL.
Given his early arrival in the NHL, Mete also had an early arrival at waivers eligibility, and the Senators were all too happy to take a chance on a once regarded prospect at a discount price. Unfortunately, Mete’s time in Ottawa involved a further step away from NHL regularity and resulted in spot duty throughout his time in the capital. He seemed to be moving further away from the promising role he seemed destined for in Montreal.
It seemed entirely possible that it was time to write off Mete, but there is something to be said for a little exploration of talent. Montreal’s defensive reputation of late has been geared towards using size to achieve what they need. Players like Shea Weber and Ben Chiarot clog up the front of the net and push chances to the outside. It’s not a bad approach, but not one that was going to work well for Mete who relies more on puck control and keeping the game moving fast to achieve what he needs to on the blueline. Ottawa wasn’t really going to offer Mete much of a chance to improve because frankly there is nowhere to hide on Ottawa’s blueline. The strength of their defense is in Chabot, who wasn’t about to be paired with another undersized puck mover. When your most frequent partners are Josh Brown and Nikita Zaitsev, you have not been set up for success.
Enter the Maple Leafs. A team that loves them some undersized puck possession defensemen. You could argue to a fault, but in a league minimum contract situation surely no one will take issue with bringing Mete into the mix (wait, I’m being told half of all Leafs fans are outraged by this.)
At the time when Mete was drafted by the Habs he was very much hyped as an exceptional skater with (my least favourite set of buzzwords) a high hockey IQ. He was touted as a future powerplay quarterback and strong puck mover. The knocks were that he would be overpowered by players and he was going to need time to develop in order to reach his potential. That time certainly never came.
Perhaps now that chance is coming a little later and the Leafs can provide it.
The first thing that needs to be done though is to reset the expectations, and I think that has largely been done by his career to date. I’m trying to think of insane series of events that have to go wrong or possibly right in order to get Mete into a power play quarterback role. That draft year exceptional skater has the potential to be a strong skater in the NHL, and all that puck moving stuff needs to be tempered down to being strong for a bottom pairing defenseman. Maybe it’s a matter of looking at Mete as a faster, less physical version of Travis Dermott. This means that he should become needlessly polarizing in a few months’ time.
How the Leafs get Mete to be usable is the biggest challenge. The Habs certainly didn’t go through a thoughtful development with him, and perhaps the Senators didn’t think they could waive Mete to the AHL to give him time there. If the Senators were relying on Pierre Mcguire to lead their development process there could have been an additional layer of issues that stemmed from that as well. At this point, Mete has only played seven games in the AHL, an absurdly low number for a defenseman who hasn’t really achieved much in his NHL career. Getting him to the Marlies has to be the priority.
Getting any Leaf to clear waivers is a challenge and that is why I think the Leafs need to be a bit more aggressive in their approach to getting Mete cleared. The first day that waivers are open, Mete needs to be waived. There isn’t much point in developing him in camp only to be claimed later on, and the Leafs can go into the relationship knowing that they’ll have time to do right by him instead of finding an immediate place for him on the Leafs roster, which seems highly unlikely.
Given the Leafs’ success in developing Holl late in the game, there should be some interest in taking the long road with Mete as well. In this case, the longer road might just be until the middle part of the season when teams are injury ravaged and the 8th or 9th defenseman on the depth chart needs to play a significant role.
If the Leafs don’t get the luxury of time with Mete or development doesn’t go as planned, there is still hope that he can settle into a useful depth defenseman role that can line up on either the left or right side. He can fill a specific depth need that isn’t addressed by Jordie Benn or Carl Dahlstrom. Mete was an interesting acquisition and one that with tempered expectations has the chance to yield encouraging longer term results while also addressing a short term need.
More From TheLeafsNation.com