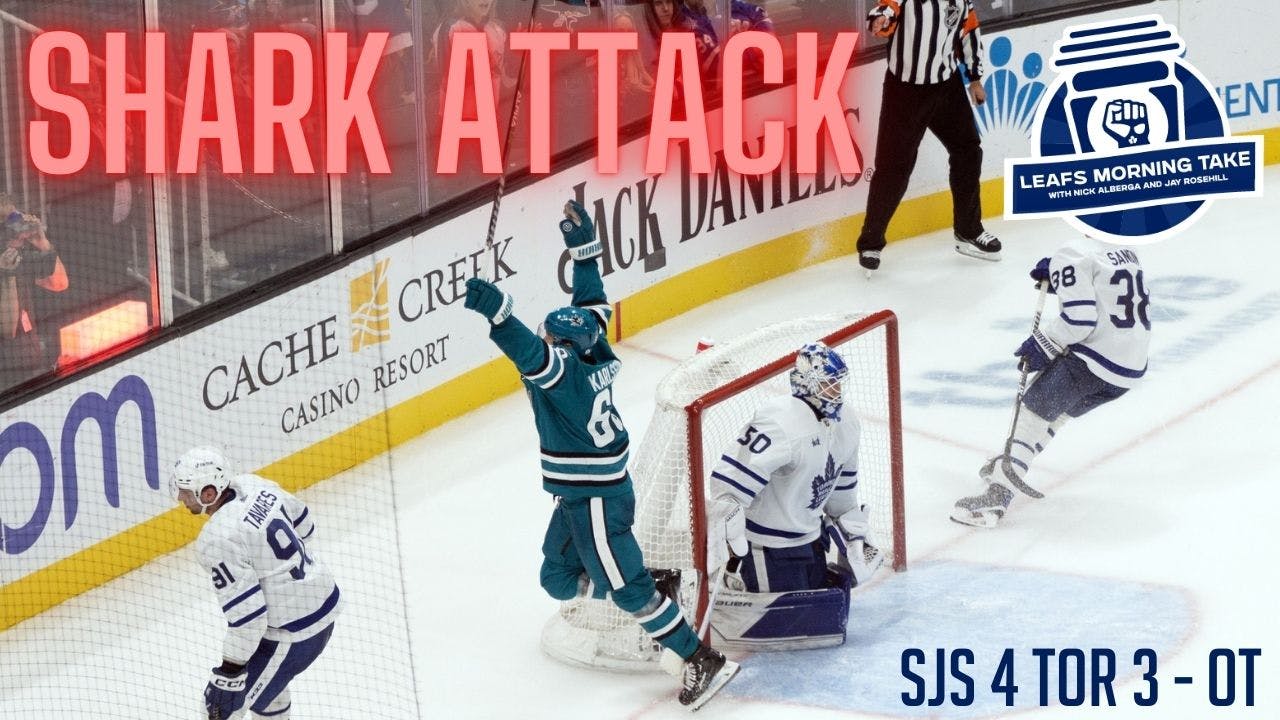 By Nick Alberga
26 days ago
U-G-L-Y.
And another one.
Talk about a great time to introduce a Leafs centric digital podcast, right? From a broadcasting standpoint, I’m loving this, there’s never a dull moment in Leaf land.
That said, it’s tough to overlook how junk Toronto has looked as they approach the 10-game mark. They’ve been super inconsistent, you never know which Leafs team is going to show up on a nightly basis.
Erik Karlsson potted the OT winner as San Jose outlasted Toronto 4-3 on Thursday night. The Leafs are now 1-1-1 on their five-game road trip and 4-3-1 overall through 8 games.
Friday’s edition of Leafs Morning Take acted again as an all-encompassing therapy session. Once again, the Leafs lacked the urgency and resolve to win a hockey game on Thursday night. And that’s concerning, I don’t care how early it is. Simply put, we’ve seen this show over and over again dating back to the Mike Babcock era.
Of course, we took a deep dive into the numbers, Toronto has now surrendered the first goal in six straight games. If there was a silver lining however, it was the fact that Auston Matthews ended his five-game goal scoring slump. Slowly but sure, the reigning Hart Trophy winner is showing signs of turning things around. Meantime, we previewed the back-to-back in Southern California this weekend to finish up the road trip. Like Toronto, Los Angeles and Anaheim, respectively, have had plenty of issues themselves to start the season. This should be fun.
After that, fresh off another W (TOR/SJS O 6.5), I made my PointsBet Canada bet of the day.
I won’t lie, this is the ultimate heat check, the Bruins can’t lose right now.
Lastly, we finished up the show by talking about Mullet Arena in Arizona. In case you missed it, the Coyotes, who beat the Leafs last week, will be sharing a barn with Arizona State this season. As a former NHLer, Rosie didn’t hold back on his true thoughts and feelings about that.
I’m already pumped for Monday’s show, we’ll have a pair of games to break down from the weekend. See you at 11 a.m. ET.
Don’t forget to subscribe, like, and leave us a review wherever you’re checking us out!
Shows
Recent articles from Nick Alberga