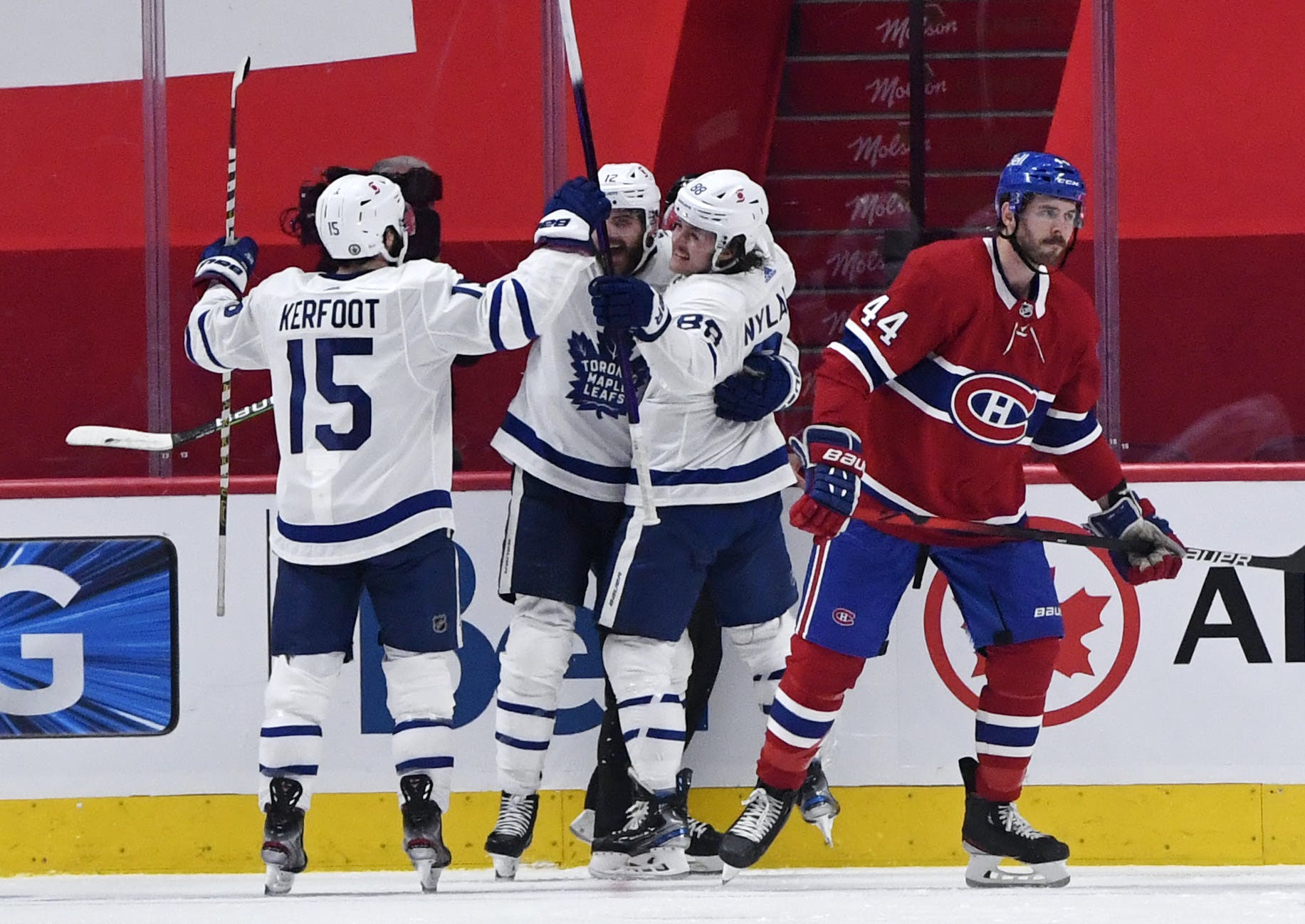 By Jon Steitzer
1 year ago
It’s preseason hockey, baby! WOOOOOOOOOOO!!! On one hand it’s damned exciting to be able to watch some form of the sport we love, featuring some players we like, the return of John Tavares to the ice, and we get our first look at players like Ho-Sang, Bunting, and *checks notes* Michael Amadio, but it is also that wonderful time when we start reading way too much into everything. This isn’t some kind of glorious rematch against the Montreal Canadiens, where scores will be settled. It’s a preseason game where both teams are desperately trying to avoid roster players getting injured while we hoot and holler as Kurtis Gabriel and Rich Clune make sure that no Habs player steps within six feet of John Tavares. There will probably be a fight or two.
In addition to fighting spectacle, there are a few other things that will interesting to soak in courtesy of tonight’s line combinations.
While not exactly the official lines, Nick’s best guess represents what we’ve seen for line rushes in the two camp days, and there’s no reason to believe the Leafs will go away from that.
Liljegren will get his chance to show what he can do with a very strong safety net in the form of Jake Muzzin, Kerfoot and Nylander get to see if their chemistry from the playoffs can continue, and John Tavares goes back to the role he played on the Islanders, and will be attempting to elevate some good but not yet great linemates.
All and all, it looks like Sheldon Keefe is embracing a lot of his Plan B lines for the season, for when injuries occur. It won’t be such a shock to see Nylander with Kerfoot at center, or if and when Muzzin gets hurt, Holl is getting used to play with a likely call-up in the form of Carl Dahlstrom (we’ll probably see them in game two of the preseason.)
The powerplay also looks interesting, at least the top unit does. Robertson definitely is stepping into Matthews shooting role, and Ho-Sang playing the role of Marner. We also get to see the Sandin on the powerplay experiment continue. So that will be fun too.
As for goaltending, well, it’s probably going to be Hutchinson to start, but we’ll get a look at Ian Scott as well, which seems like something that’s been a long time coming. After some serious injury troubles he’s finally been healthy enough to participate in September hockey and make his case for being part of the Leafs future. I look forward to overreacting to his performance as well.
The Habs lineup tonight appears to be this:

No Chiarot, so Gabriel and Clune will have to find someone else to pick on, and of course it’s also a fun night when the Leafs get to shoot on Cayden Primeau. The fact that the Habs have their top line intact will be a good test for both Sandin and Liljegren who will likely get a chance to lineup against them at times.
Tonight’s game starts at 7pm ET, and can be found on Sportsnet One.
Uncategorized
Recent articles from Jon Steitzer