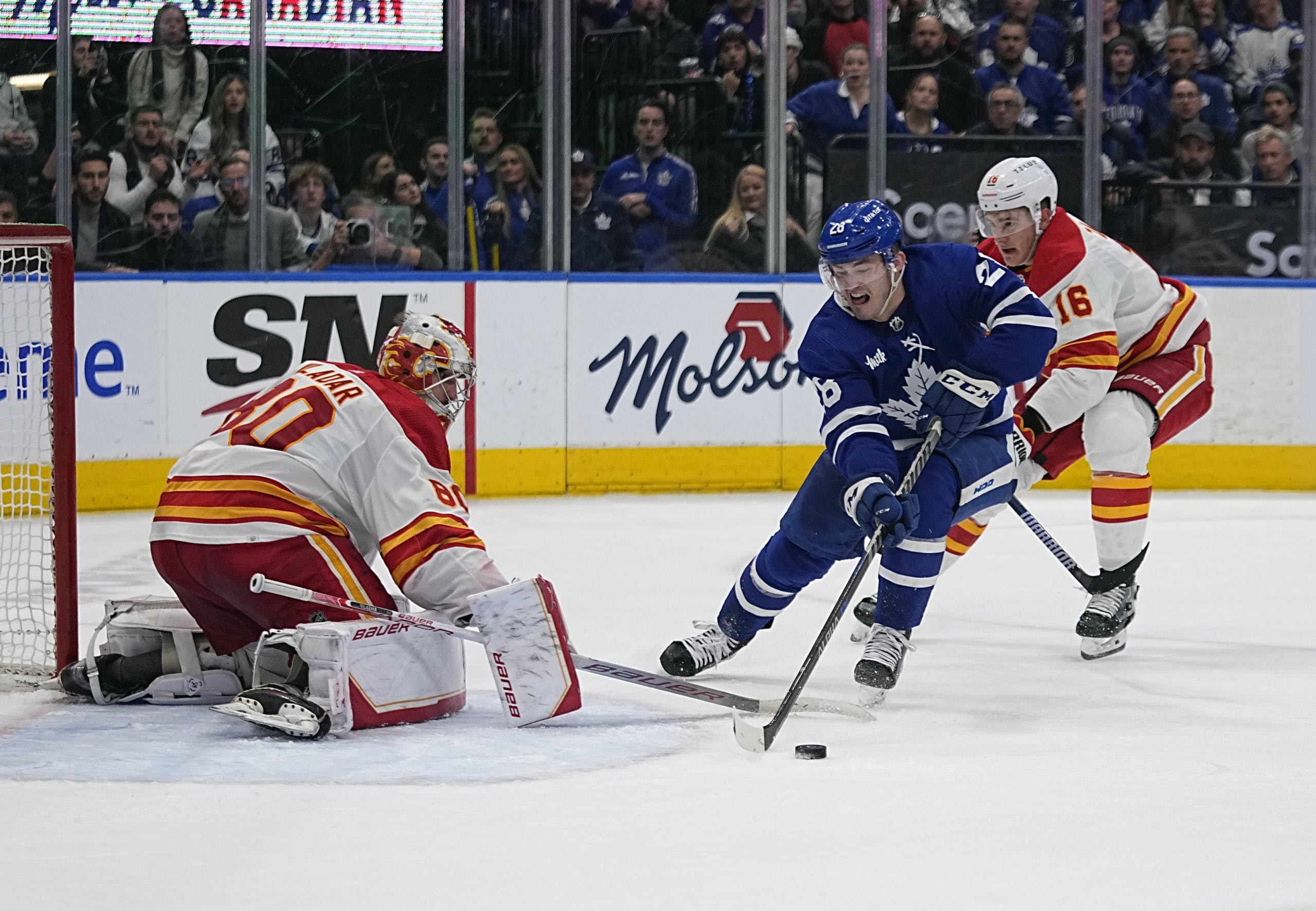 By Jon Steitzer
30 days ago
With the Leafs health situation improving of late and the rise of Dryden Hunt as a meaningful fourth line contributor, the Leafs have re-assigned Joey Anderson to the American Hockey League today.
Anderson has picked up one goal in his seven games with the Leafs, although that area of the ice wasn’t really what the Leafs were looking at Anderson to excel in. Anderson was averaging 9 minutes a night in his fourth line role, and his on ice numbers show the play primarily going in the direction you’d want to see it heading in. The catch was Anderson’s 25% goals for that was less encouraging. Anderson’s CA/60 and xGA/60 are impressive in his sheltered role. He hasn’t particularly stood out, but Anderson isn’t a player you want to stand out.
The Anderson story is likely that he’s perfectly fine and was nearing where he’d require waivers. It makes sense for the Leafs to see what they have with other players as they make their roster decisions heading into both the trade deadline and ultimately the playoffs.
News
Recent articles from Jon Steitzer