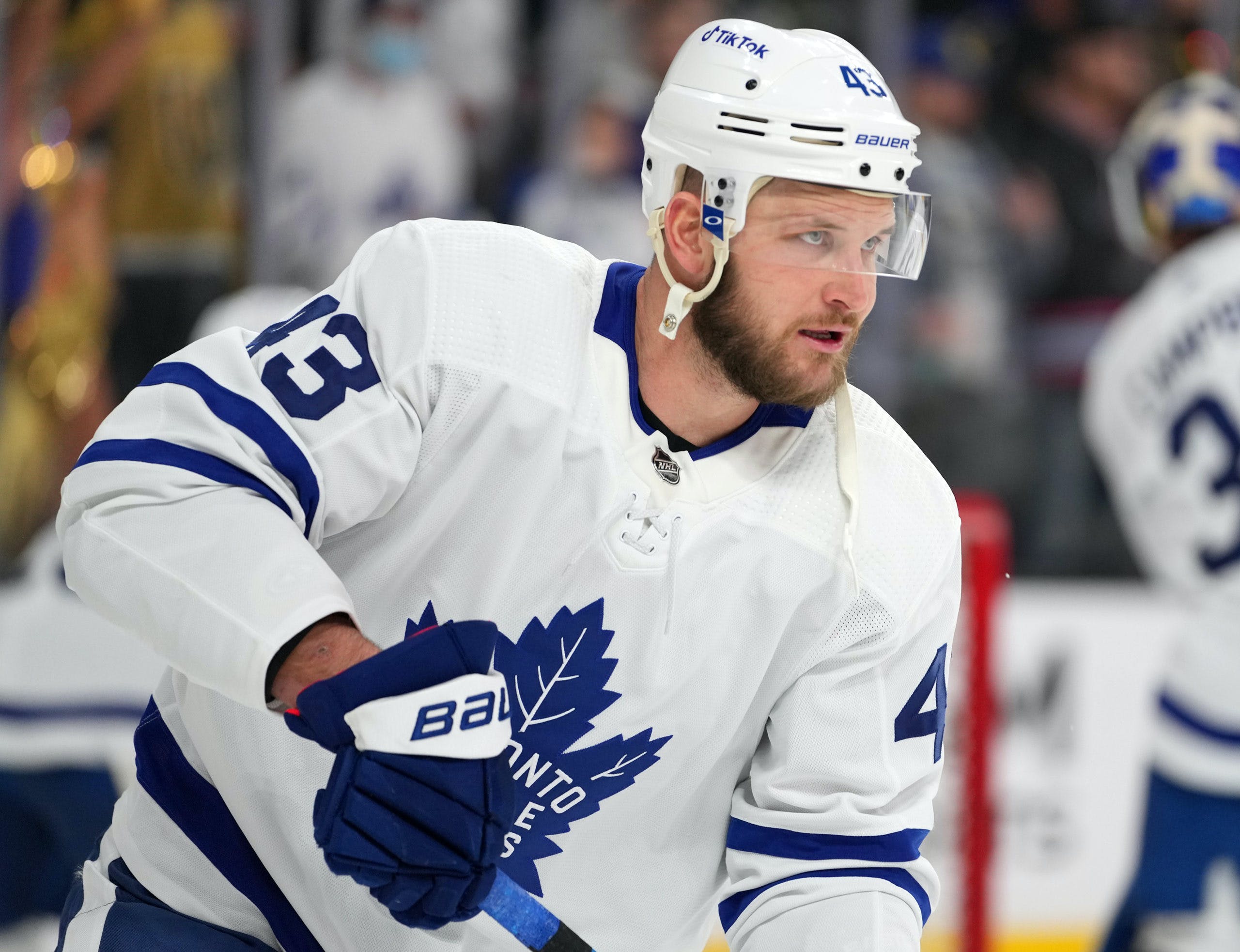 By Jon Steitzer
2 months ago
Nothing like a nice obvious title for a Saturday morning. The past few years have certainly made the Leafs used to every waivers trip being a 50/50 possibility that the player actually finds their way to the Marlies. Jimmy Vesey, Adam Brooks, Mika Amadio, and even years before those the Curtis McElihenney and Calvin Pickard waivers claims decimated the Leafs goaltending depth. Waivers claims are a part of life when you are the big dog team with deep pockets and the young GM who is trying to do something different.
That brings us to this year, and heading into camp it’s probably easiest to start with who can’t be claimed off of waivers. That list includes all players that are still on entry level contracts, the notables being Nick Robertson, Nick Abruzzese, Alex Steeves, and Pontus Holmberg. In addition to the entry level players, the Leafs goaltending seems to be safe this go around as both Joseph Woll and Erik Kallgren can still clear waivers. So that’s at least a bit of a load off the mind.
As for who can be claimed and has a chance of being exposed to waivers, the list is somewhat long and we’ll break it down into a few different groups based on their likelihood of getting waived, and their likelihood of getting claimed.

Likely to be waived, possibly could be claimed

Unlikely to be waived, possibly could be claimed

As for who is unlikely to be waived and unlikely to be claimed, we’ll call that the roster.
The Leafs are presently sitting at 48 standard player contracts out of the allotment of 50. If Toronto signs Sandin and Aston-Reese, they’ll be maxed out. Losing some players on waivers might not be the end of the world as it will free up some roster flexibility in season.
More From TheLeafsNation.com