Leafs sign a college player, just not the one you were expecting 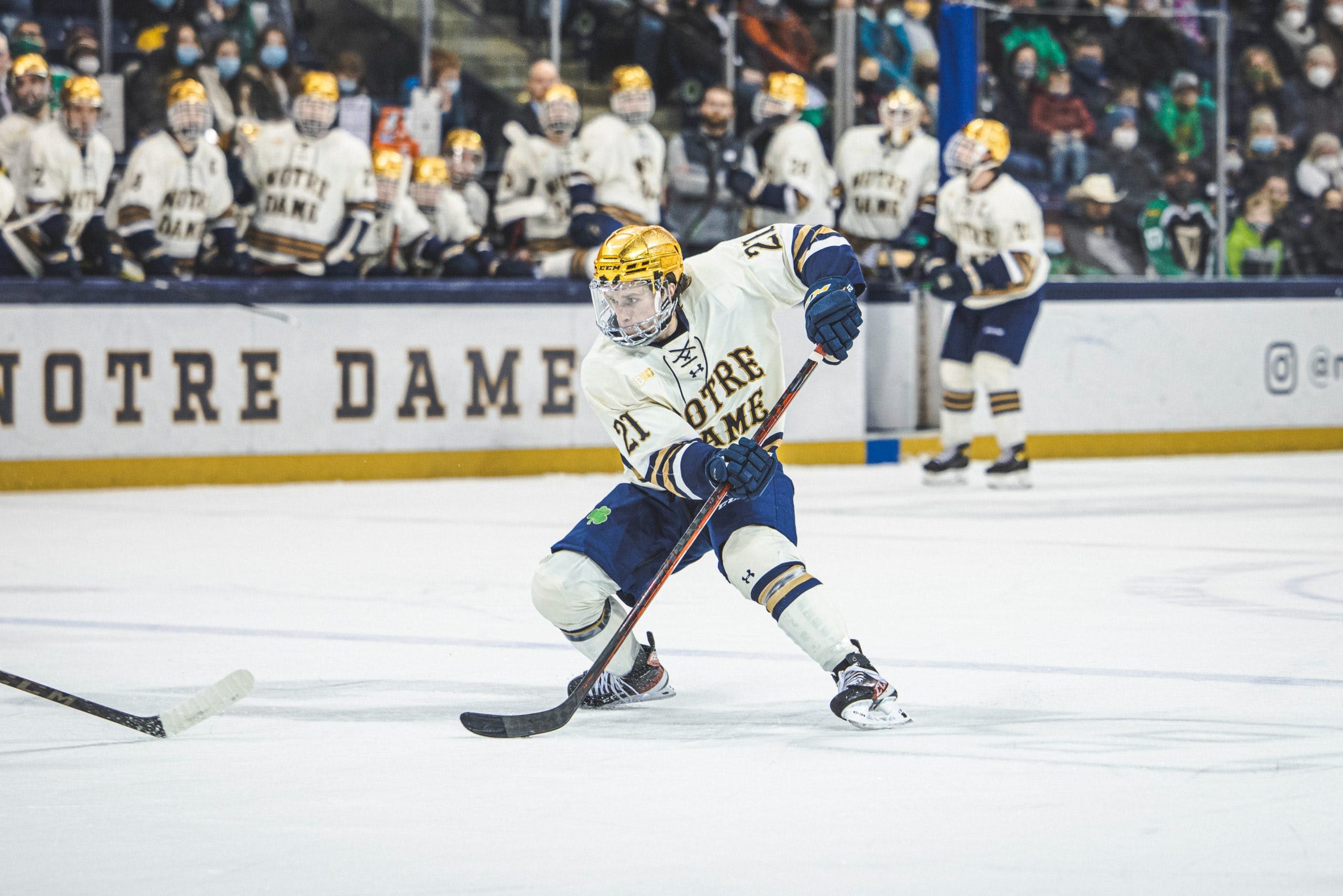 By Jon Steitzer
9 months ago
There’s been plenty of buzz about whether or not Matthew Knies’ college career has come to an end and if he’s ready to go pro with the Leafs. Similarly there has been plenty of buzz around Ben Meyers, the linemate of Knies. And while the Leafs did sign a college free agent and the college teammate of one of their players, it wasn’t Meyers.
The Leafs have signed the college teammate of Alex Steeves, Max Ellis to an entry level contract beginning next season with an $838k AAV. (Max was an honourable mention in Nick Richard’s free agent targets article.)
The Leafs press release:

The Toronto Maple Leafs announced today that the hockey club has signed forward Max Ellis to a two-year, entry-level contract beginning in the 2022-23 season. The average annual value of the contract is $838,750. Ellis will join the Toronto Marlies on a professional tryout for the remainder of the 2021-22 regular season and the Calder Cup playoffs.

Now I don’t have a whole lot more to add to that. He’s 5’9, so he’s definitely on the smaller side, and the 22 year old junior shoots right, and this season was largely his breakout year after a fairly average sophomore campaign. He was named to the Big Ten Second All-Star team this year.
Of Ellis’ 28 points, 12 of his goals and 18 of his points came at even strength, and he the other 4 goals were a split of two powerplay and 2 shorthanded goals. He had the 5th most shots in the NCAA this season.
From our own Nick Richard:

Undersized winger with good wheels and agility. Not an overly creative offensive player but he works into space well and battles hard. Doesn’t mind taking a hit to make a play but he can definitely be physically overmatched. Don’t think his shot is anything special.

If the Leafs are loaded with Harvard players, the Marlies are certainly loading up on Notre Dame players, assuming that is where Ellis winds up next year (most likely scenario.) His former teammate Alex Steeves is also under a NHL contract, but the Marlies also have Graham Slaggert and Matt Hellickson there on AHL deals.
In this season of found wallets, this isn’t a bad pickup for the Leafs as it is likely that Ellis will help make the Marlies better next season. With only 33 players under contract for next season and some of the existing depth group moving on, Ellis isn’t a bad fit and his penalty-killing acumen might be what makes him a potential fit for the Leafs somewhere down the line.
More from TheLeafsNation.com
POINTSBET IS LIVE IN ONTARIO