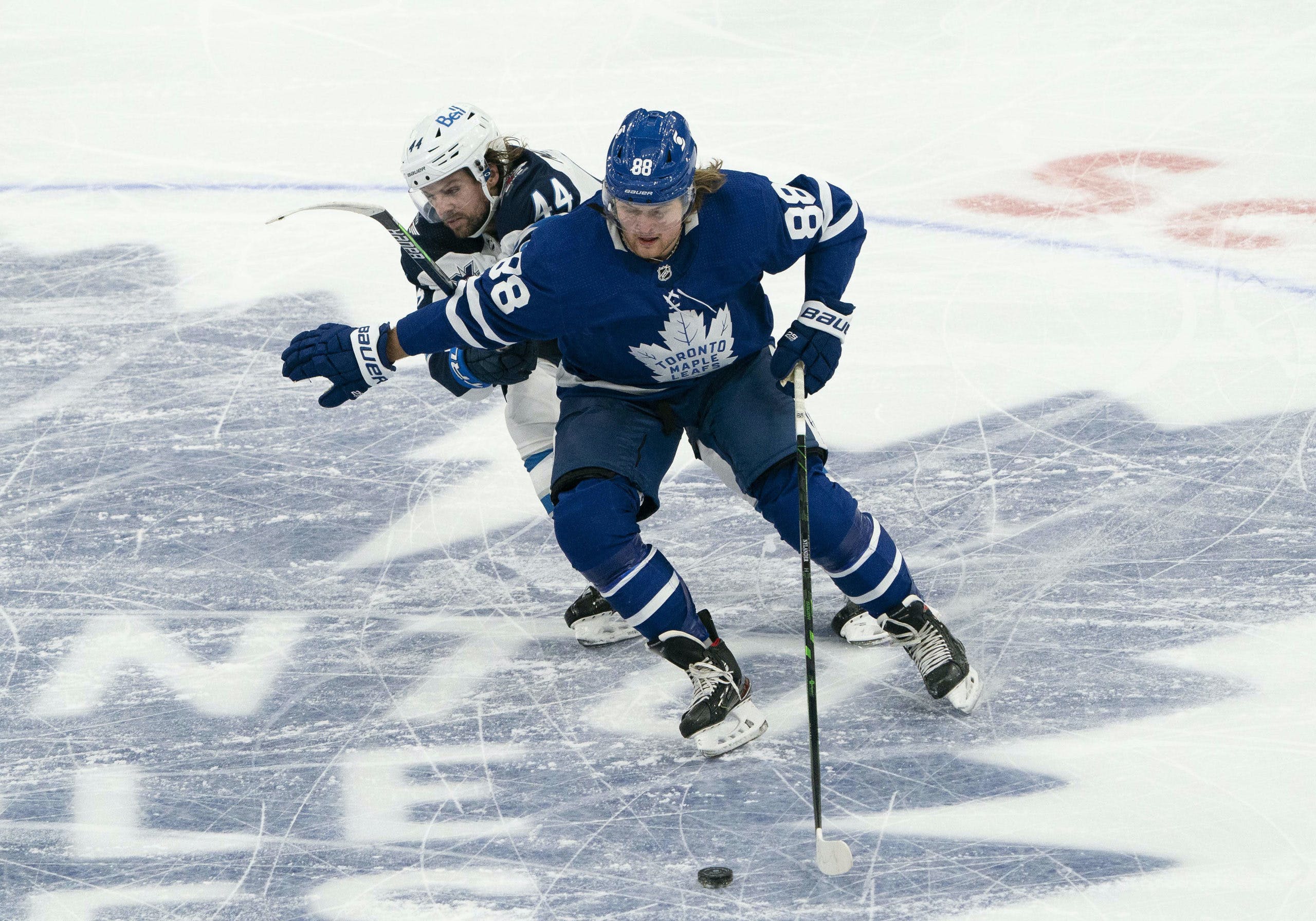 By Jon Steitzer
2 years ago
Is all right in the world again? The Leafs won, and they won on the strength of a Frederik Andersen performance in net. That’s something we haven’t seen this season, and it’s something that has been intermittent since November 2019. The Leafs looked good. We could point out that Patrik Laine was out of the lineup, as was Dylan DeMelo, but the Leafs needed the win and they got it.
The fact that it wasn’t a full Jets roster shouldn’t take away from the win, especially when you consider that the Leafs struggled to put together an honest effort against a lottery pick bound Ottawa team in their previous two games.
The game ended with Mitch Marner and John Tavares tied for the league lead with six points in their first four games. The fact that there is a balance between the top two lines is certainly encouraging as well.
The Leafs win brought Freddie Andersen’s save percentage up from .839 to .881. He could be one game away from not being considered the problem anymore.
We were even treated to Zach Bogosian jumping up into the rush, and looking to create offense. The game had something for everyone who was looking for hope.
Last night also marked the NHL debut of Mikko Lehtonen, who was limited to under 7 minutes of ice, largely because the Leafs dressed seven defensemen, and didn’t use that as an opportunity to reduce the ice time for Rielly or Brodie. Lehtonen’s debut gave us a small taste of the brilliance he may bring to the Leafs blueline, but the lingering question of who comes out so he can come in will carry forward, and isn’t helped by Bogosian putting together a solid outing, and Holl being one of the most consistent defenders for the Leafs. It appears Dermott would have to be the odd man out at this point, despite what you personally think of Zach Bogosian.
As for what comes next, the Leafs are blessed to be facing the Oilers for the next couple of games. The Edmonton blueline is a mess, even more than usual, and if there is one team that understands the limitations of Tyson Barrie, it’s the Leafs. Throw in the fact that the Oilers have no goaltending option other than Mikko Koskinen at this point, and this looks as ideal a situation as you’ll get for facing Connor McDavid. Of course, it’s when signs point to being able to take opposition lightly, that is when the Leafs are most likely to not show up at all.
Toronto has had two encouraging outings this year that point to this season being different. Opening night the Leafs came back with a strong effort to tie the game and beat Montreal in overtime. Last night the Leafs chose to dominate a weakened opponent, and not let up. If we see more of these performances, and less of what we saw in Ottawa, the Leafs might be ready to be top team in the NHL for real.
Uncategorized
Recent articles from Jon Steitzer