Lukkonnen re-signed, Sabres bring back the black and red, a third Staal joins the Panthers organization: Around the Atlantic 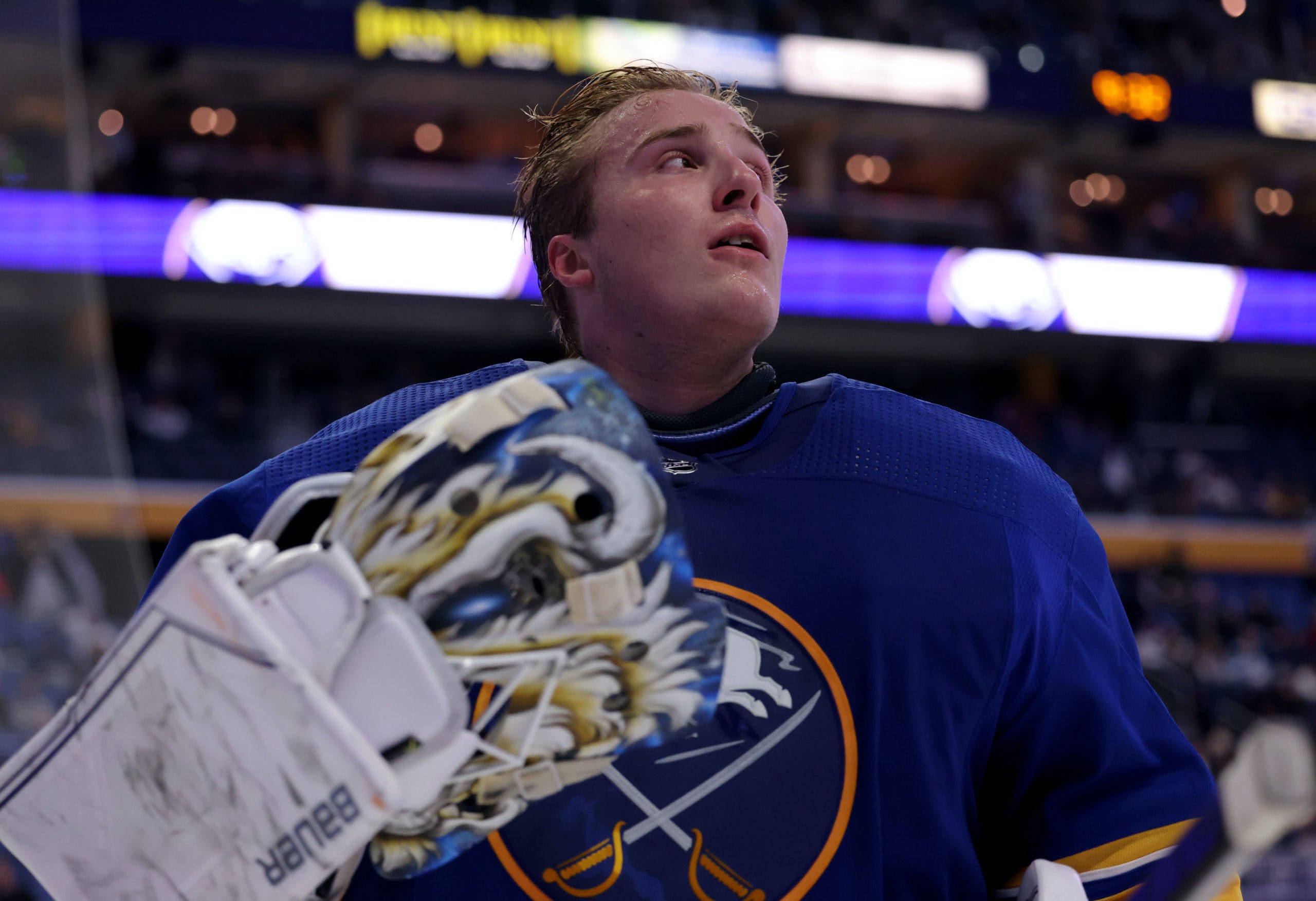 By Scott Ony
2 months ago
The Buffalo Sabres dominated the Atlantic division headlines this week by signing Tage Thompson to a 50-million-dollar contract and they weren’t finished there. They also re-signed an up-and-coming goaltender and announced the return of a fan favourite jersey. Other news in the division over the last seven days includes a third Staal brother joining the Panthers organization and the Bruins signing a player to a professional try out.
Luukkonen re-signed
Buffalo signed their only remaining restricted free agent Ukko-Pekka Luukkonen to a two-year contract worth $837 500 annually. He is expected to spend most of the season in Rochester of the American Hockey League. Earlier this summer the Sabres re-signed Craig Anderson to a one-year deal and brought in free agent Eric Comrie on a two-year contract. They will likely be the tandem in Buffalo.
A second-round pick in 2017 Luukkonnen was once considered the top goaltending prospect in the Sabres organization, but he has since been surpassed by Devon Levi. In nine NHL games last season he posted a .917 SV% and a record of 2-5-2.
Return of the black and red
The Sabres new third jersey this season will be modelled after the look they wore from 1996-2006.
They will wear the new uniforms twelve times in 2022-23, first debuting on ‘90s night, November 23rd.
Jared Stall joining Checkers
Jared joins his brothers Marc and Eric as members of the Florida Panthers’ organization. Staal will be coming on as an assistant coach of the Charlotte Checkers of the AHL. He spent the last three seasons as an assistant for Orlando in the ECHL. Bobby Sanguinetti has been signed as an assistant in Charlotte as well.
Brother Marc signed a one-year 750k contract with Florida over the summer and Eric is entering training camp on a PTO. Eric last played in the NHL during the 2020-21 season for the Montreal Canadiens. He played four games in the AHL last year before leaving to prepare to captain team Canada at the 2022 Olympics.
Jeri-Leon added to Bruins’ camp on PTO
22-year-old forward Keltie Jeri-Leon will be attending Boston Bruins camp on a PTO. The product of Kelowna, BC spent five seasons in the WHL before turning pro last year. He scored 35 points in 57 games for Maine of the ECHL and one goal in six AHL games split between two clubs.
More From TheLeafsNation.com