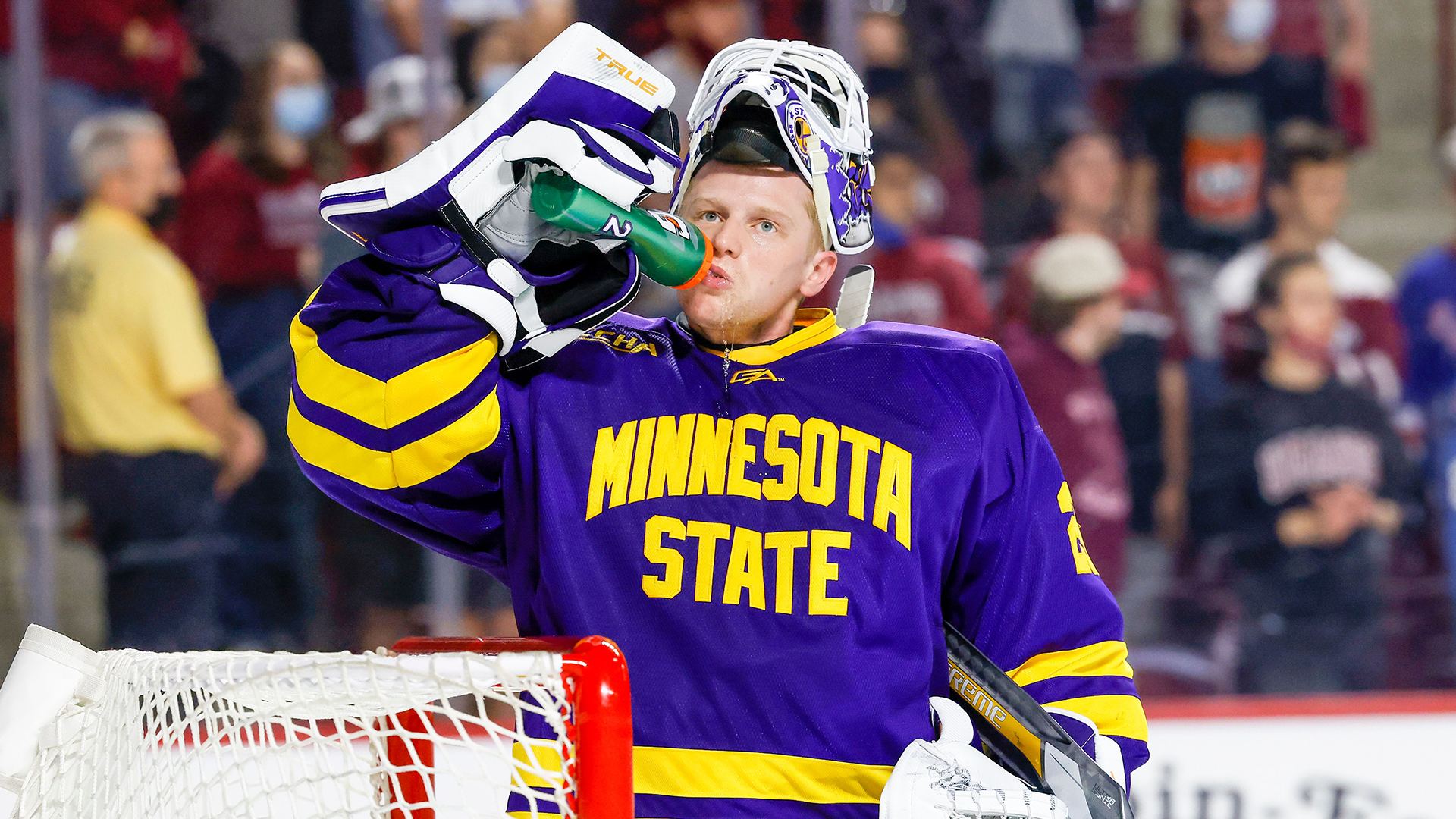 By Nick Barden
7 months ago
It appears the Maple Leafs have won the sweepstakes and signed Hobey Baker winner Dryden McKay to a two-year AHL contract.
There was likely a number of NHL teams trying to sign one of the best goaltenders available at the college level. In 43 games this season with Minnesota State U, McKay had a 38-5-0 record, shutting out teams ten times this year. His save percentage at the conclusion of the 2022 season was a .931. Just nutty.
His career at Minnesota State U gets even crazier.
Over the span of his four-year career at Minnesota State University, McKay holds a record of 113-20-4 with a save percentage of .931. He also had 34 shutouts in those four seasons — McKay had ten more shutouts than losses in his career at Minnesota State U.
McKay recently received a six-month period of ineligibility after he tested positive for a banned substance called Ostarine. In an article speaking with Elliotte Friedman, the 24-year-old said he was staring down the face of a four-year ban from the United States Anti-Doping Agency.

An excerpt from Friedman’s article with McKay on Sportsnet:
“Shock. Four years was staring me in the face. My career might be over,” he said, during an interview last Friday.  “A 30-second phone call. ‘Hey, you tested positive, and it’s a four-year ban, potentially.’”
McKay did not get a four-year penalty. On Monday, the United States Anti-Doping Agency announced a six-month suspension for a positive test of the banned substance Ostarine. The Minnesota State goalie and Hobey Baker winner as NCAA men’s hockey’s top player received a much-smaller punishment because he proved the source was a wrongly-marked supplement.
“If we didn’t figure out where (the Ostarine) came from, he was going to get four years,” said lawyer Paul Greene, an expert in the field hired to represent McKay. “The only reason we got the reduction is because we figured out where it came from, and his degree of fault was very low. He’d been very careful about looking at the label.”

Here’s more from McKay in a social media post back on April 18th, discussing the entire matter:
According to Friedman, McKay will be eligible to join the Marlies for training camp next season while also being able to participate in the entire season. This is a great signing for Toronto.
POINTSBET IS LIVE IN ONTARIO