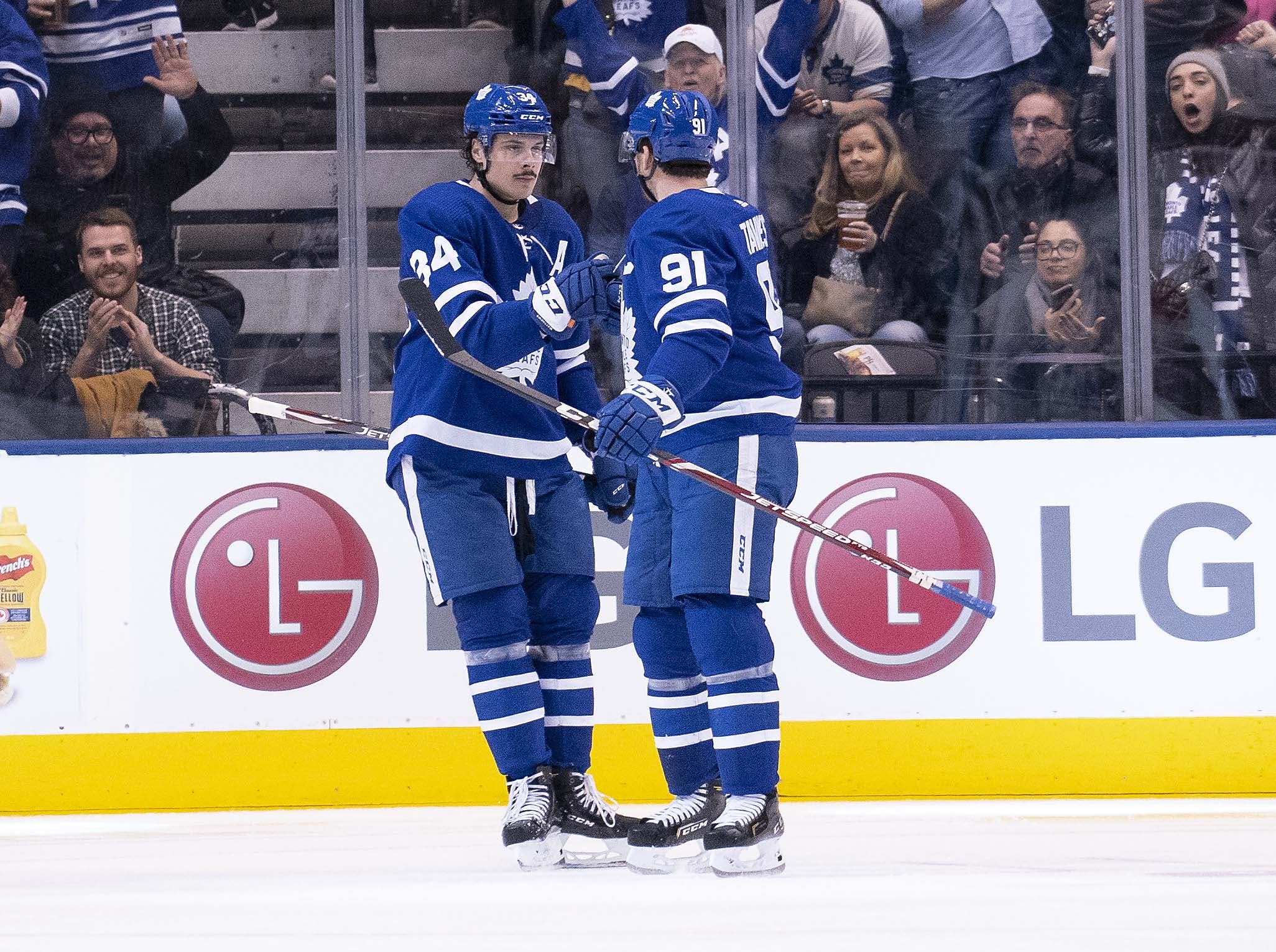 By Nation World HQ
1 year ago
by OddsShark (@OddsShark) – Sponsored Post
The Toronto Maple Leafs have had trouble winning on the road against the Montreal Canadiens, who have become one of the best-structured teams in hockey. The Maple Leafs are -105 underdogs and the Canadiens are -115 favourites with a 6.5-goal total on the NHL odds for Wednesday at sportsbooks monitored by OddsShark.com.
Toronto is 3-11 in its last 14 away games against Montreal, including 0-3 in the three most recent meetings between the North Division archrivals. The Maple Leafs are also 4-8 in their last 12 games as an underdog at betting sites on the road, with the total going OVER eight times. The Canadiens are 6-2 in their last eight home games as a favourite of -110 to -125. Six of the last seven Montreal-Toronto matchups have finished OVER, as one might expect in a showdown of the NHL’s two highest-scoring teams.
Maple Leafs vs Canadiens | OddsShark Matchup Report
On Monday, the Maple Leafs beat the Vancouver Canucks 3-1 while being on the short end in shots on goal, scoring chances and expected goals while playing five-on-five, according to Natural Stat Trick.
The Maple Leafs are 10-2-1 and their first line with Auston Matthews (10 goals in his last eight games) and Mitch Marner (15 points in his last eight) has been elite. The potential for depth scoring is tough to account for, since Ilya Mikheyev has been moved up to right wing on the John Tavares-William Nylander second line in the wake of an injury to Wayne Simmonds.
The Maple Leafs are 12th in the 31-team NHL in share of shot attempts (51.5 percent), as well as 13th in shots for (50.5) and 17th (50.0) in high-danger chances (five-on-five only). They are fourth in goal scoring (3.69 per game) and eighth in goals against (2.62). On special teams, Toronto has the third-ranked power play (36.6 percent) and 23rd-ranked penalty killing unit (75.5).
Frederik Andersen boasts an 8-2-1 record with a 2.65 goals-against average and .904 save percentage and has allowed only two goals in his last two starts. Andersen is 8-3-2 with a 2.67 GAA and .919 save percentage in 13 career games against Montreal.
The Canadiens, who are 8-2-2, also host the Edmonton Oilers on Thursday. Montreal is 1-4 in its last five games when it was also playing the next day. The Canadiens, however, have been proof that defense leads to offense, as Ben Chiarot and Shea Weber’s efficiency on the first pairing has gone a long way toward Montreal controlling the play and in turn creating chances for wings such as Brendan Gallagher, Tomas Tatar and Tyler Toffoli.
The Canadiens are respectively fifth in the NHL in their share of shot attempts (53.6 percent), third in shots for (55.5) and second (61.4) in high-danger chances (five-on-five only). They are first in goal scoring (4.00 per game) and seventh in goals against (2.50), while boasting the 14th-ranked power play (22.2 percent) and 17th-ranked penalty killing unit (79.6).
Carey Price, Montreal’s long-time No. 1 goaltender, has a 4-1-2 record with a 2.81 GAA and .899 save percentage. It is reasonable to expect Price will play while backup Jake Allen gets the assignment against Edmonton on Thursday. Since the 2016-17 season, Price has a 7-2-4 record with a 2.95 GAA and .905 save percentage in 13 games against Toronto.
The Maple Leafs have the next two days off to regroup for a rematch at home on Saturday against the Canadiens.
Check out OddsShark on Twitter and Instagram or head to YouTube for analysis on this week’s top games. As well, the OddsShark Computer serves up daily NHL picks for bettors.
Content
Odds News
Recent articles from Nation World HQ