Marner and Samsonov rescue the Leafs from a rough first period 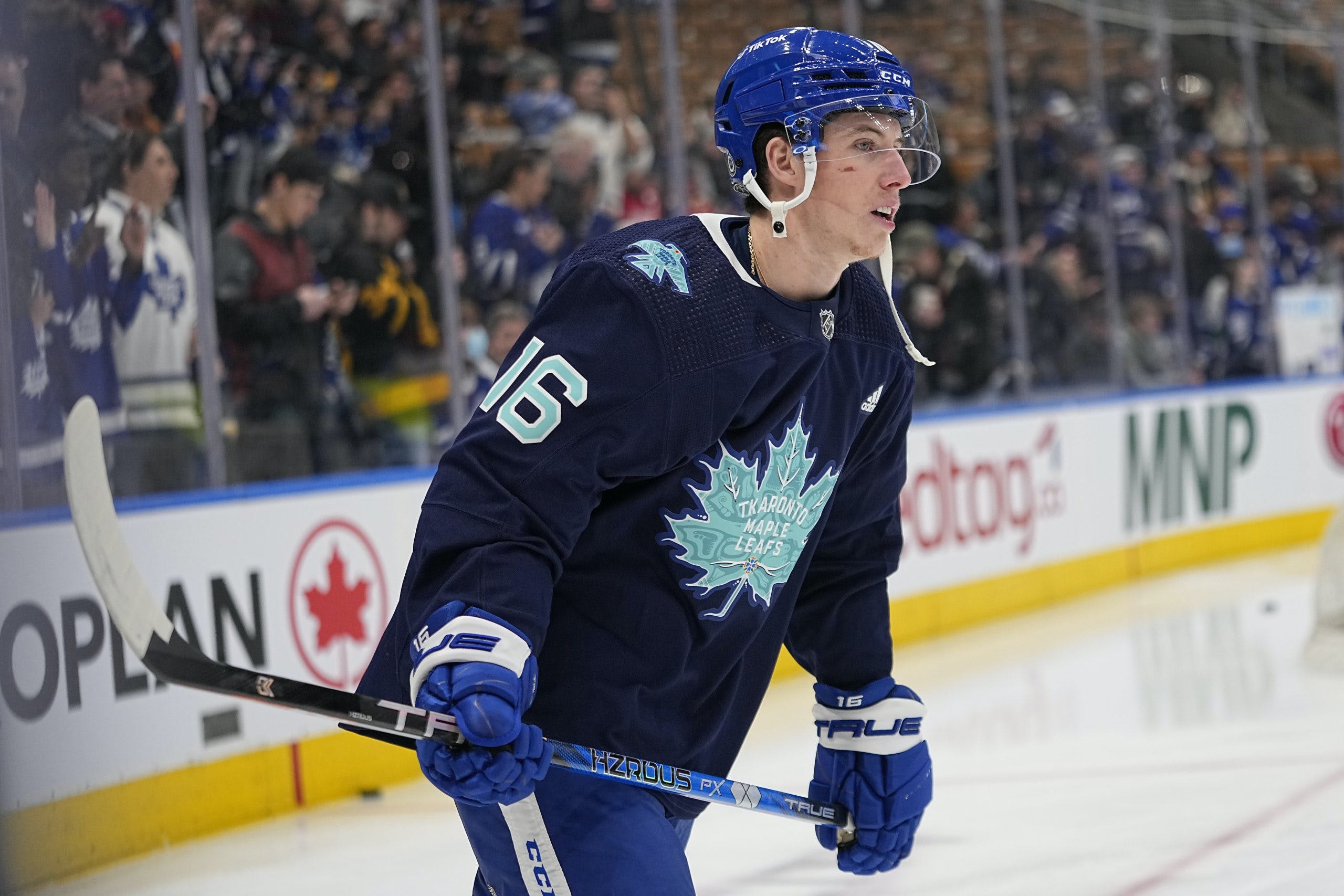 By Jon Steitzer
23 days ago
One of the first casualties of 2023 for the Leafs was the poor goaltending narrative. Ilya Samsonov killed it dead last night with the reminder that sometimes goaltenders have rough patches and generally an ever-changing blueline in front of them can contribute to that. Samsonov tossed up a .957 save percentage on a night the Leafs could truly use it, and maybe we can go back to talking about how more frequently the Leafs goaltender has been an asset this year.

To the point of Samsonov pulling the Leafs’ asses out of the fire, you can see the very rough first period for the Leafs in the chart above. Toronto finished the first with just two shots on goal, 30% Corsi For, 25.27% expected goals for, and down one goal courtesy of a stretch pass that put Walman in alone on Samsonov. It wasn’t an unstoppable shot by any means and Samsonov could have been set better, but when you it’s shooter vs. goaltender, anything can happen.
The Marner goal brought the Leafs woke the Leafs back up, but they didn’t fully take over until Tavares gave the Leafs the lead ith the second goal. Toronto controlled the game the rest of the way, and Hellberg was largely responsible for keeping the game from getting out of control after his rough start to the second period.

Defensively the Leafs did seem to up their game as well. The Red Wings chances were pushed to the outside far more than what the Leafs were able to achieve against the Red Wings defense, and outside the high danger areas, the Leafs pushed the Wings to the outside, which the Leafs controlled the high, medium, and low slot. Probably my favourite example of this was during an odd man rush with William Nylander was back defending and he effectively forced the shooter to weak wrist shot from the boards.

In praise of Pierre Engvall

It seems like it was just a month ago that people were trying to run Pierre Engvall out of town (again.) This is something that is going to happen from time to time as a disengaged Engvall can be a challenge, but his Sean Durzi moment seemed to get him back to where the Leafs want him to be.
Engvall was on for Holmberg’s goal, and I’m wondering if we possibly see the two of them together more frequently, but he’s also adding a lot of value to the Kampf line, and seems to be having a positive impact on Alex Kerfoot as well. When Engvall is on, he’s a forward version of TJ Brodie. When he’s off, well…we all know what happened to Denis Malgin.
Engvall’s game against Detroit featured a team leading 66.67% CF%, a team leading 78.09 xG%, and a 100% GF%. The fact that Engvall has been going strong for a while now is good news for the Leafs.

Seider really seems like he is the heir apparent to being the league’s next Hedman. He’s so good at everything. He had a 66.67% CF%, 75.55 xG%, and wasn’t out for a 5v5 goal against. Credit where credit is due, he did a great job of shutting down a quality Leafs offense.

A closer look at Samsonov’s night

One of the big contributing factors to Samsonov’s strong night was that he managed a .875 HDSV%. Pretty much anything over .800 seems like a positive night for a goaltender, and while the Leafs limited the opportunities against compared to the other night, Samsonov met expectations as well. He let in one goal compared to an expected goals against of 2.33, and that’s a great sign of him getting back on track as well.
The Leafs find themselves back in action Sunday against the Flyers and understandably despite Samsonov’s strong night, the Leafs will be going with Matt Murray in net. There also seems to be some interest in bringing Jordie Benn, Conor Timmins, and Wayne Simmonds into the lineup, based on some lightly banged up players needing some rest. The Leafs benefited from facing a tired Red Wings team Saturday, but the Flyers will be well rested Sunday and despite their record could be more challenging because of it. There’s also nothing to say that just because the narrative on Samsonov has come to an end that the same will be true for Matt Murray (who never had as steep a decline anyway.)
With a point for Matthews tonight, and two for Marner, they have lept past William Nylander for the team lead in points. It will be interesting to see if Nylander can continue to hold pace with the duo as he also looked strong against Detroit despite not being on the score sheet.
Editorials
Recent articles from Jon Steitzer