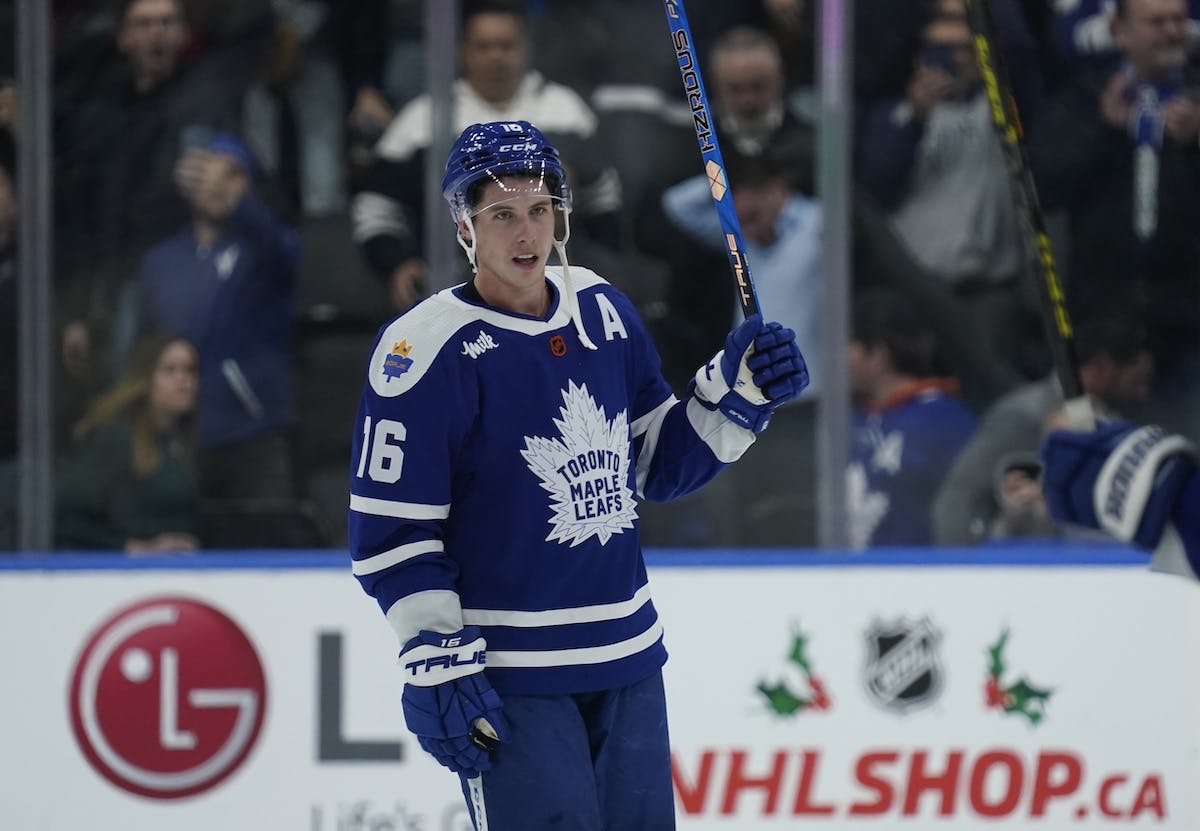 By Nick Alberga
1 month ago
For the first time since their battle in the opening round of last season’s Stanley Cup Playoffs, the Leafs (15-5-5) and Lightning (14-8-1) will get together tonight at Amalie Arena in Tampa.
At risk of burying the lede, there’s no question what the top storyline is. Spoiler: It’s not Anthony Cirelli’s season debut.
Mitch Marner is on the verge of Maple Leafs franchise history. With a point tonight, the 25-year-old would extend his streak to 19 games, which would move him ahead of Darryl Sittler and Eddie Olczyk into sole possession of the team record.
Additionally, lost in the shuffle of the Marner milestone hoopla is the fact that Toronto hasn’t lost in regulation in three weeks (Nov. 11). They’ve won five in a row and have notched at least a point in 10 straight outings (8-0-2).
Meantime, after an early season slumber, it looks like the Lightning are starting to find their way once again. They’ve won seven of nine. Of course, last May, Tampa ousted Toronto in seven games, so yes, there’s the whole revenge narrative surrounding tonight’s matchup, too.
The two teams split their four regular season meetings in 2021-22.
Time: 7 PM ET (CBC, Sportsnet)
Starting Goalies:
TOR Matt Murray – CONFIRMED (5-1-1, 2.44, 0.927)
@
TBL Andrei Vasilevskiy – CONFIRMED (9-7-1, 2.77, 0.908
Projected Lineups:

Three Storylines:
MILESTONE NIGHT FOR MARNER?
The stage is set, Mitch Marner has a chance to make history tonight. That said, it’s important for Toronto to stay within themselves. As expected, they were victim of overpassing on Wednesday night against San Jose trying to set up Marner and it nearly cost them two points. If they do it against a team like Tampa, they’ll get eaten alive —there’s no doubt about that. In a perfect world, Marner gets the job done early and then the Leafs can just focus on winning the game. It’s been a fun ride, I would like to see it continue.
PP SHOWDOWN
The Leafs and Lightning possess two of the more potent power plays in the entire league, so suffice it is to say, discipline will be a big-time storyline to watch tonight. On top of that, as mentioned, Tampa’s expected to get PK wizard Anthony Cirelli back in the mix, he’s widely regarded as one of the better two-way centres in the NHL. Examining the numbers further, Toronto enters the night with the ninth ranked PP, Tampa’s fourth. It goes without saying, but it’s fair to say that whoever wins this battle will likely win the game. Stay tuned.
HOW WILL TORONTO’S D HANDLE THE EXPERIENCE LIGHTNING?
This is another one of those measuring stick games that I’ve referred to a few times already this season. Additionally, it’ll be an interesting night in general for Toronto’s depleted blueline, especially the kids. With the utmost of respect to previous opponents, the Tampa Bay Lightning are a different animal, even if they’re off to a slow start by their standards. With Cirelli good to go, the Lightning are essentially back to full health, I’m curious to see what Toronto can do defensively against the gold standard of NHL franchises over the past decade. Can’t wait to see how it all unfolds, they’ll be in tough once again..
BETTING:
Courtesy our friends at PointsBet Canada, here’s tonight’s lines & odds:
(As of Noon EDT)
Prop Play:
Auston Matthews Anytime Goal (+120) | Mitch Marner Anytime Goal (+230)
Editorials
News
Recent articles from Nick Alberga