Marner hits 500; Leafs get back on track with win vs. Detroit: Muzzy’s Muzings 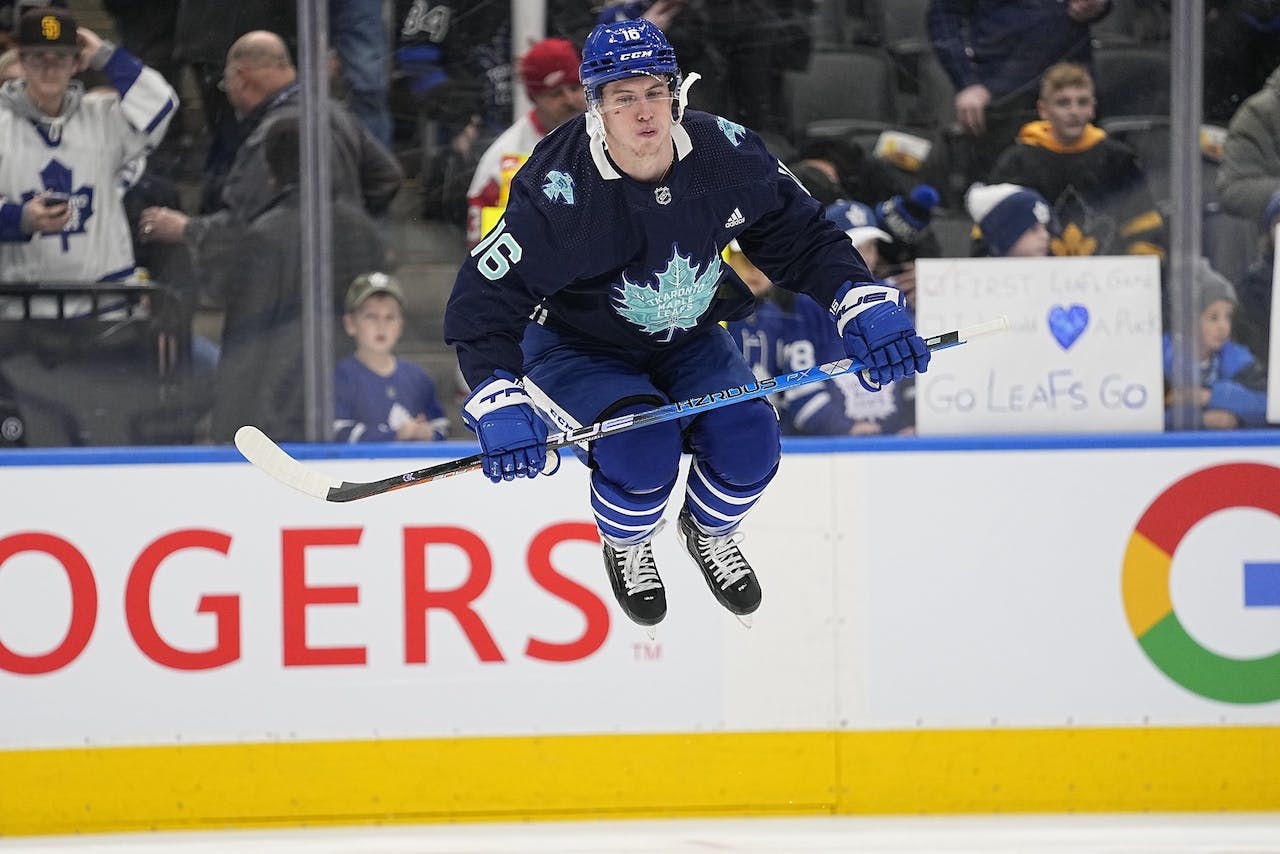 By Nick Alberga
24 days ago
The Toronto Maple Leafs (24-9-7) have now won nine consecutive games against the Detroit Red Wings (16-15-7).
Mitch Marner notched a goal and an assist while John Tavares potted two goals as the Leafs smothered the Red Wings 4-1 for their first victory of 2023.
With his 15th of the season, Marner tallied his 500th career point becoming second fastest player to do so in franchise history. Meantime, Ilya Samsonov made 22 stops to improve to a ridiculous 10-0-1 on home ice.
Additionally, Morgan Rielly picked up two helpers while Pontus Holmberg potted Toronto’s other goal.
The two teams combined to go 1-for-9 on the power play. 16 points now separate the Leafs and Red Wings in the Atlantic Division standings.
MUZZY’S MUZINGS:
THEY GOT A SAVE
He wasn’t overly tested, but when called upon, I thought Ilya Samsonov was steady making 22 saves for the victory. Considering the crease struggles lately, I’m sure this was a welcome sight for all parties involved. Furthermore, after Thursday night’s game, Sheldon Keefe was not shy at hinting at the fact that the Leafs needed more from their goalies, so it was great to see this kind of response. From a defensive standpoint – Samsonov included – I thought Toronto was dialled in all night long. You love to see it. Solid effort.
MUCH BETTER SECOND PERIOD
After a brutal second period last time out, Saturday night was a different story for the Maple Leafs. Mitch Marner’s power play goal 24 seconds in undoubtedly set the tone as the Leafs entered the second frame down 1-0 but left it leading 2-1. All things being equal, I’m sure it was exactly the response Sheldon Keefe was looking for after Thursday night’s abomination against Seattle when Toronto surrendered four second period goals on route to a lopsided 5-1 loss.
MORE MAGIC FOR MARNER
At this point, I’ve run out of superlatives to describe Mitch Marner’s play this season. With his second period tally, the 25-year-old notched his 500th career point becoming the second fastest player to that number in franchise history (467 games). Of course, he joined his buddy Auston Matthews (445 games), who accomplished that very same feat last Tuesday night against St. Louis. Additionally, Marner has now picked up at least a point in 17 straight home games. And that’s ridiculous. What’s with all these point streaks this season? Special player, that’s all you can say. Yes, that was a subtle Mike Babcock reference.
FIRST GOAL
For the third straight outing to kick off 2023, the Leafs surrendered the first goal of the game. As certainly evident during their October swoon, you don’t want to make a habit of chasing the game. The sample size is small, but it definitely should be a point of emphasis moving forward. Bottom line: The starts can be improved upon.
RIELLY BACK ON PP1
It took five games, but Rielly was promoted back to first power play duties about midway through the game. To be honest, I’m not sure if this was more about trying to get Rielly going than it was maybe a bit of message sending towards Michael Bunting, who seems to have entered Keefe’s doghouse once again. Probably somewhere in between. At any rate, I think it’s the right call for now, despite the promise that the five forward set has shown. Rielly’s been very quiet since returning from injury; he’s been fighting it. That said, it was great to see him pick up a couple of points (two assists).
HIGHLIGHT OF THE NIGHT:
WHAT’S NEXT?
No rest for the wicked. The Leafs will be back in action on Sunday night when they visit Philadelphia to wrap up their three game season series with the Flyers. Toronto won the first two meetings, both of which took place at Scotiabank Arena.
PSA: Don’t forget to check out ‘Leafs Morning Take’ with yours truly, Nick Alberga, and former Leaf Jay Rosehill every weekday morning LIVE at 11 a.m. ET on The Nation Network YouTube page.
Editorials
News
Recent articles from Nick Alberga