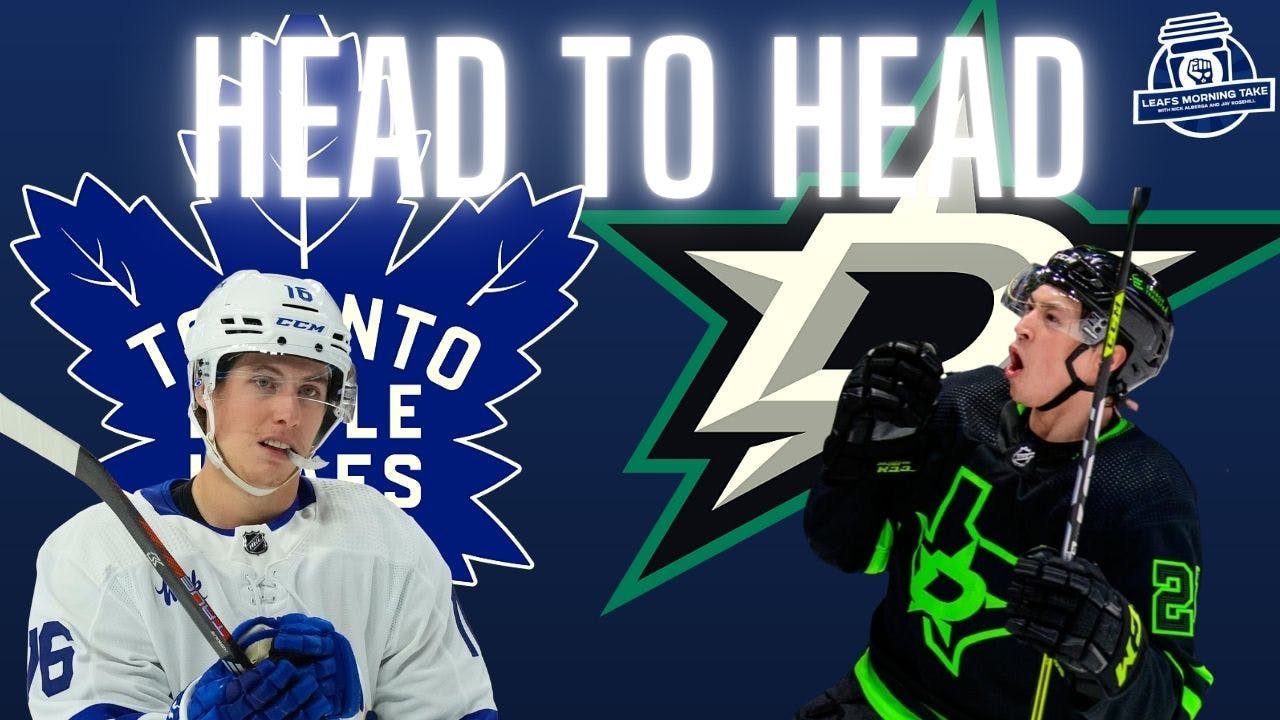 By Nick Alberga
1 month ago
Point streak versus point streak, Mitch Marner (19 games) versus Jason Robertson (18 games).
For the first time in NHL history tonight in Dallas, two players with active point streaks of 18 games or more will go head-to-head.
The preview writes itself.
The Tuesday edition of Leafs Morning Take got you set for that, plus Jay Rosehill dropped by for another instalment of 3 Hits With Rosie. Additionally, I broke down the pending Leafs debut of Conor Timmins as well as the NHL debut of Semyon Der-Arguchintsev. All in all, it’s great to see prospect development, something in my opinion that’s been lacking from this organization in recent memory.
Meantime, both teams are red-hot coming into tonight’s game. Toronto’s riding an 11-game point streak (8-0-3) while the Stars have only lost once in regulation in the past 10 games (5-1-4). Funny enough, both teams have stunk up the joint this season in OT. In fact, the Leafs only win in overtime came against Dallas back on October 20th. Talk about a plot twist.
Lastly, keeping in line with tonight’s major storyline, my PointsBet Canada bet of the day featured a prop to play for both players.
Rosie’s back in the mix tomorrow to recap it all. Also, third time’s a charm? Assuming there are no more technical hiccups, Red Wings forward Matt Luff will join us.
Don’t forget to subscribe, like, and leave us a review wherever you’re checking us out!
Shows
Recent articles from Nick Alberga