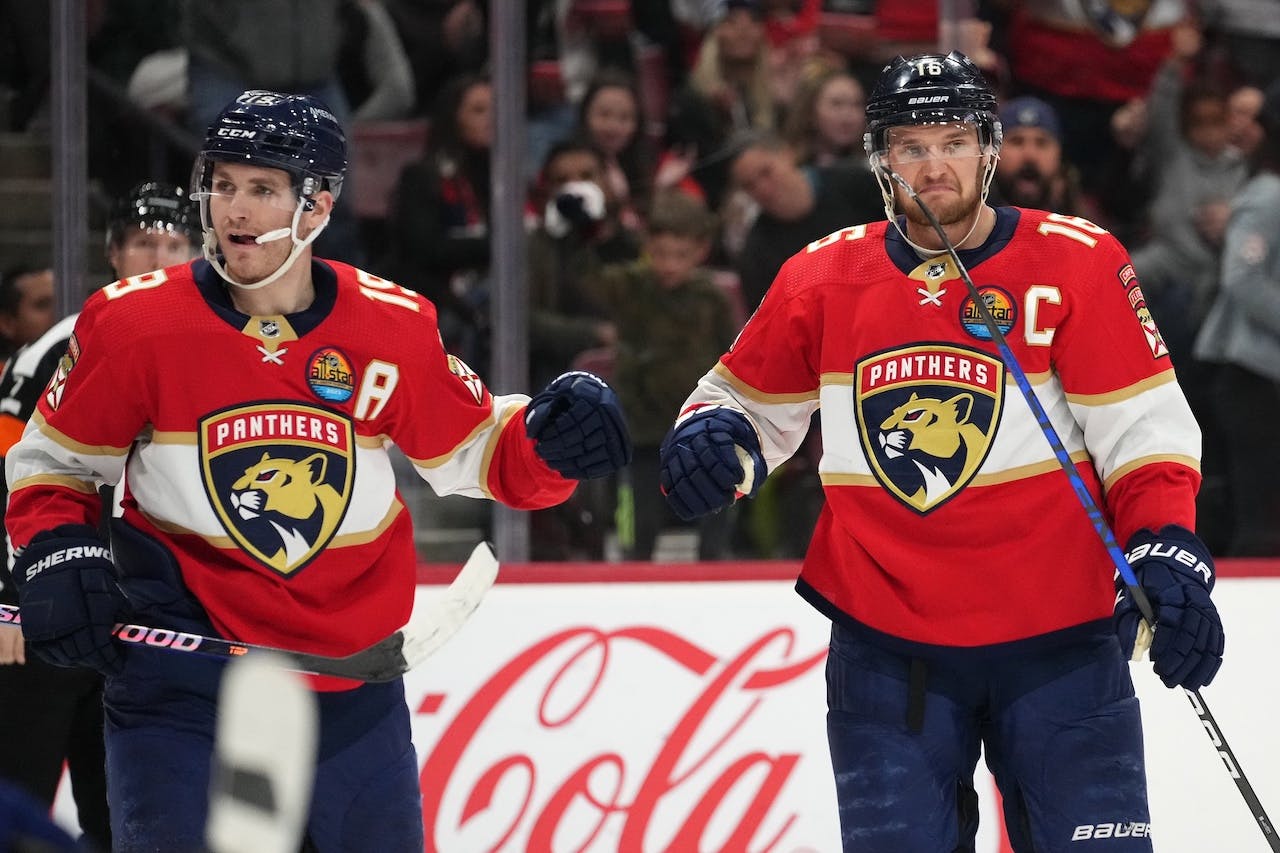 By Nick Alberga
14 days ago
It took three months, but finally the Leafs (26-11-7) and Panthers (21-20-4) will kick off their four game season series tonight at Scotiabank Arena in Toronto.
Suddenly, the Leafs, who are coming off a 4-3 regulation loss in Boston on Saturday night, have a lot to play for in terms of positioning in the standings. The Lightning won 4-1 in Seattle yesterday afternoon, which means they’re now just two points back of Toronto for second in the Atlantic Division with two games in hand.
Meantime, despite grabbing two points in Buffalo on Monday afternoon with a 4-1 victory, somewhat surprisingly, the Panthers still find themselves 11 points behind Tampa and 13 back of the Maple Leafs. Paul Maurice’s squad has won five of its past seven outings and currently sit four points out of a playoff spot.
In three meetings with the Cats in 2021-22, the Leafs went 1-0-2 grabbing four of a possible six points against them.
TIME: 7 PM ET (SNO)
STARTING GOALIES:
FLA Sergei Bobrovsky – LIKELY (12-13-1, 3.19, 0.899, 1 SO)
@
TOR Matt Murray – CONFIRMED (11-5-2, 2.56, 0.917, 1 SO)
PROJECTED LINEUPS:

THREE STORYLINES:
JUMP ON THEM
Theoretically, there’s no question the Leafs have the upper hand coming into tonight’s game. They’re on home ice, and on top of that, they’re the fresher team. That said, I fully expect a desperate and hungry Panthers squad. As referenced, they’re currently on the outside looking in when it comes to the Stanley Cup Playoffs in the Eastern Conference; they need to keep winning. To counteract that, it’s imperative for Toronto to have a good start. If they can get out to quick lead and establish a tone early, it’ll make life that much more difficult for Florida in the second game of a back-to-back.
PUCK MANAGEMENT
Without question, Saturday night in Boston was a very winnable hockey game. Unfortunately, inopportune turnovers ultimately did the Maple Leafs in. Having said that, I’m curious to see how they respond tonight. For the most part, especially since November 1st, the Leafs have kept the turnovers and giveaways to a minimum. Over the past month or so though, there’s no question those issues have been more prevalent. Furthermore, simply put, Toronto needs more out of Morgan Rielly. In nine games since returning from a knee injury, the 28-year-old has tallied just three measly assists to go along with a dash-5. At the very least, he needs to make better decisions with the puck. Keep it simple.
STAY OUT OF THE FUNNY BUSINESS
All in all, I thought the Leafs did a pretty good job of staying measured, reserved, and disciplined against Boston. Once again, they’ll be put to the test tonight with super pest Matthew Tkachuk in the building. The former Flame has had an incredible first season with Florida, all while continuing to be one of the league’s top agitators. If you’re the Leafs, the last thing you want to do is get sucked into any antics. Staying composed is a big key to victory.
BETTING:
Courtesy our friends at PointsBet Canada, here’s tonight’s lines & odds:
(As of Noon EDT)
Prop Play:
William Nylander Over 3.5 SOG (-115)
Editorials
News
Recent articles from Nick Alberga