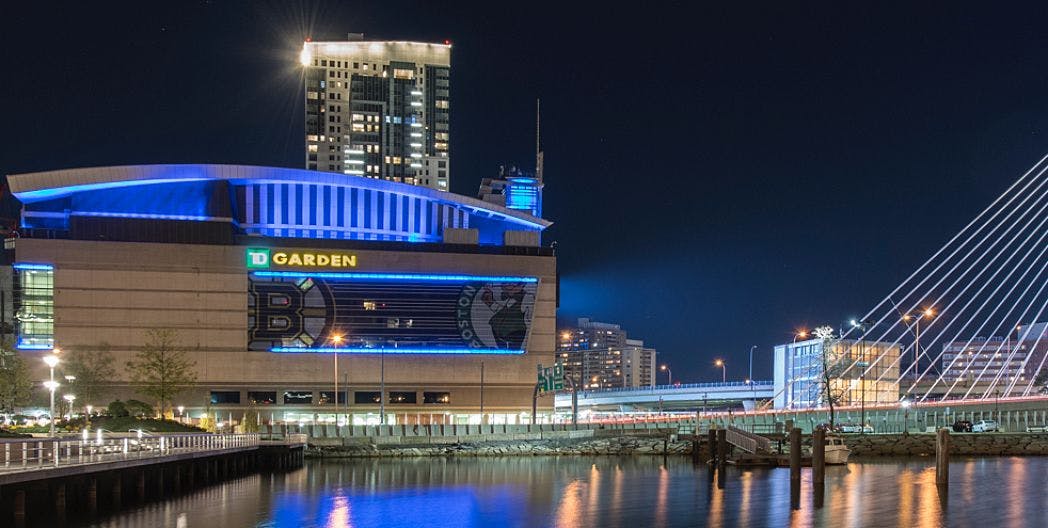 By Nick Alberga
17 days ago
We’ve only been waiting all week for this.
For the second time this season and the first time in over two months, the Leafs (26-10-7) and Bruins (32-5-4) will clash tonight at TD Garden in Boston.
In addition to that, Auston Matthews will make his return to the lineup.
The two squads last met on November 5th in Toronto where the Leafs – despite a second period injury to Ilya Samsonov – squeaked out a 2-1 victory in front of third-stringer Erik Kallgren. Remember..Samsonov got injured on a Brad Marchand shootout attempt? Yeah, it’s been that long.
Meantime, since then, all either team’s pretty much done is win. That said, weirdly, both squads are coming off rare regulation losses. Toronto fell 4-1 in Detroit while the Bruins were blanked 3-0 at home to the red-hot Seattle Kraken. In fact, that was Boston’s first regulation loss on home ice this season. Period. Full stop. Crazy, right? Furthermore, nine points currently separate the Bruins (69) and Leafs (58) in the standings; they’re ranked No. 1 and 3, respectfully, in the NHL right now. It goes without saying, but if the Leafs have any aspiration of catching Boston, they need this one badly.
Buckle up!
TIME: 7 PM ET (CBC, SN)
STARTING GOALIES:
BOS Linus Ullmark – LIKELY (22-2-1, 1.88, 0.938, 2 SO)
@
TOR Matt Murray – CONFIRMED (11-4-2, 2.48, 0.919, 1 SO)
PROJECTED LINEUPS:

THREE STORYLINES:
WELCOME BACK, PAPI
After missing two games, thankfully, it looks like Auston Matthews will be back in the lineup tonight. He was a full participant for the morning skate, and on top of that, he was in his regular spot between Michael Bunting and William Nylander. You love to see it, especially after watching the past two games. Time to put on a show to finish off the Dads’ Trip!
SPECIAL TEAMS
Any time two powerhouses like this get together, you know there will be an emphasis on staying out of the box. From a Toronto perspective, the last thing you want to do is give The Perfection Line more time and space than they already have. Unsurprisingly, the Bruins boast a top-3 power play in the league (28%) once again. Yeah, they’re pretty good. Not to be outdone however, although they’ve struggled lately, Toronto’s power play is nothing to sneeze at either. Having said that, that Auston Matthews guy is a big reason why, and he’s missed the past few games.
GOOD START
I know it’s cliché to say (because who wants to get off to a poor start) but it’s imperative that the Leafs come out strong tonight. For starters, they had a brutal first period in Detroit. On top of that, they’re playing the top team in the league. If they waltz out like they did on Thursday night, the B’s will bury them —rest assured. Without question, this is another one of those measuring stick games. In 41 outings, Boston’s lost just nine times. Additionally, they’ve yet to lose back-to-back games this season. The start is everything.
BETTING:
Courtesy our friends at PointsBet Canada, here’s tonight’s lines & odds:
(As of Noon EDT)
Prop Play:
William Nylander Over 3.5 SOG
Editorials
News
Recent articles from Nick Alberga