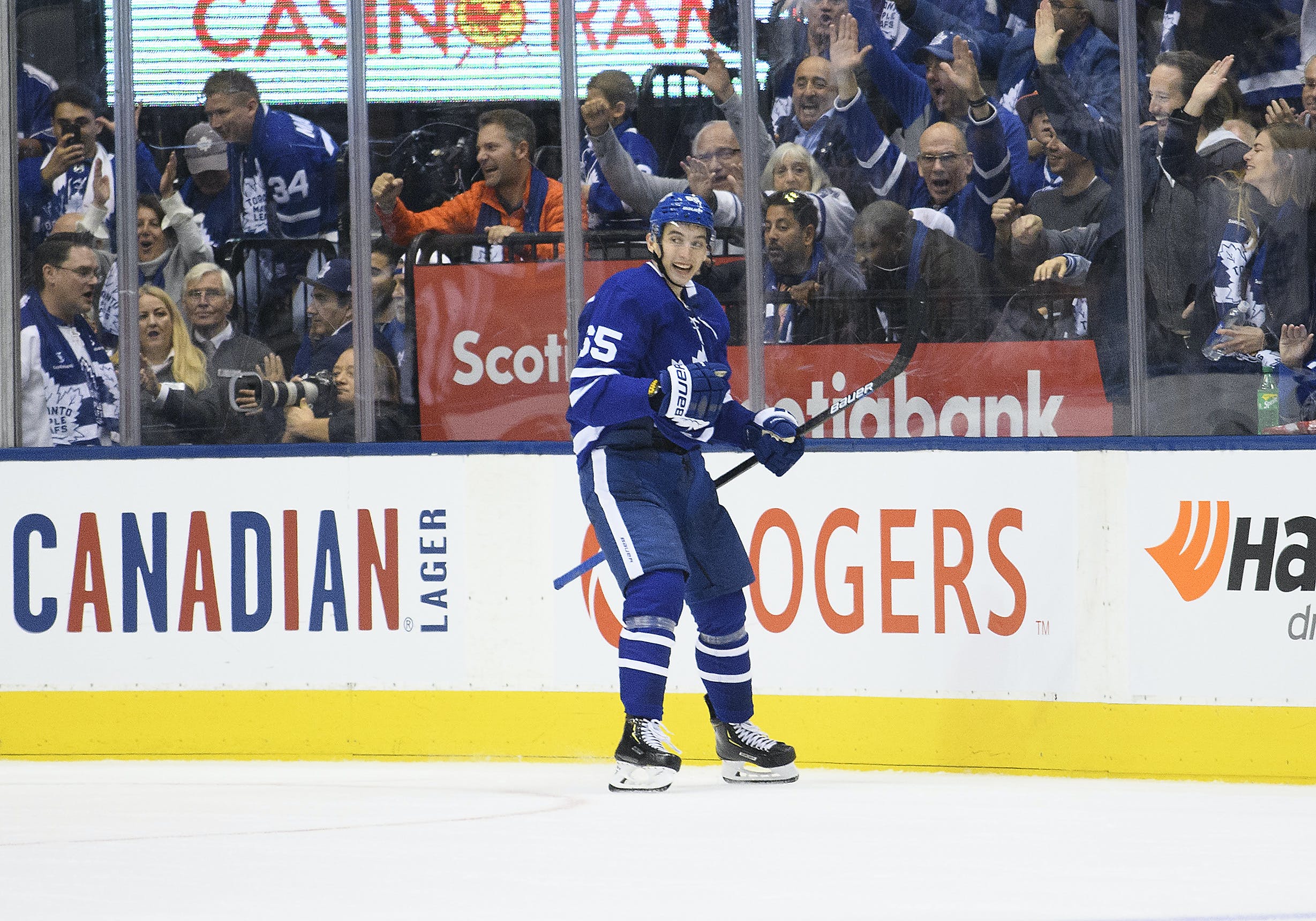 By Jon Steitzer
1 year ago
Kyle Dubas believes in this group, even the players that don’t have any interest in being part of the group anymore.
Earlier this evening Elliotte Friedman came out of hibernation and gave us a few insider tidbits, including this nugget about @Ilya Mikheyev:

According to several sources, Toronto winger Ilya Mikheyev asked for a trade following the 2020-21 season. But, what is important to the story is that the Maple Leafs made it clear they do not want to accommodate this request. With Zach Hyman and Joe Thornton gone from the left wing, the organization told Mikheyev it considers him a key part of their team and are counting on him to have a big year.

This issue from Mikheyev’s point of view is ice time, and that’s kind of a bizarre stance to take when he struggled to produce offensively last season. His opportunities to produce were somewhat limited as he was tethered players like @Alexander Kerfoot and @Pierre Engvall, who like himself aren’t likely to generate offence without a proper catalyst. And while Friedman cites Hyman (who should have always been ahead of Mikheyev in the lineup), and Thornton (who Mikheyev should rightly be upset about playing less than), it was probably the addition of Galchenyuk that cut into Mikheyev’s potential for top six icetime. And the fact that Kerfoot moved up to top six wing at times instead of Mikheyev seemed to firmly establish Mikheyev as a bottom six or bust player.
As for Dubas alluding to the thinner left side of the forward group, it’s still hard to view Mikheyev as a lock for top six icetime over Ritchie, Bunting, or possibly even Nick Robertson. And if @David Kampf establishes himself as a capable third line center (or Engvall for that matter) then Kerfoot might find himself taking some top six left wing minutes from someone like Mikheyev as well, and his not excessive, but significantly higher contract by Leafs bottom six standards might make Mikheyev more expendable.
The reality is Mikheyev is a safe player and that’s why Dubas is reluctant to part with him. Bunting, Ritchie or Robertson might get the offensive zone starts with Matthews or Tavares, but Mikheyev could see himself being utilized in the tougher situations a bit more frequently. At times Mikheyev has played with Tavares and it wasn’t terrible. As for Matthews, I think they’ve possibly said “hi” to each other in passing over the past couple of years. Basically Mikheyev has been with Kerfoot, and if Mikheyev is going to get more icetime it’s probably going to come via increased third line usage.
Keeping Mikheyev around seems like a safety net more than a true need for the Leafs. Kerfoot, Bunting, Ritchie, Robertson, Engvall, and Simmonds seems like suitable left wing depth. Nylander, Marner, Spezza, and Kase seem to have the right side figured out too. While Mikheyev can reasonably be a better option than a couple of these players, it is also worth wondering if it’s worth not fulfilling his request at the expense of having an uphappy player to start off the season, and an upset agent who represents a number of other Leafs players as well.
On the other hand this may also be a shift in Kyle Dubas’ philosophy which seemed like an attempt to do right by everybody. Dubas went out of his way to find places for players like Mikko Lehtonen and Alex Barabanov to get a chance to play, basically at the expense of the Leafs receiving little return on the player. That might not be the case any more, and now there might be an emphasis on finding a worthwhile return.
There is also the looming speculation that Alex Kerfoot could in fact be the odd man out on the Leafs roster. His $3.5M contract being cleared gives Toronto a lot more flexibility than sending out Mikheyev. If that’s the case it seems likely that the Leafs will find the minutes Mikheyev is looking for.
While it’s nice to be back into the swing of Leafs news from insiders, it also seems like a year that is supposed to be different starting off with a trade request might be a bad omen. Pretty sure that means Leafs hockey is officially back.
Uncategorized
Recent articles from Jon Steitzer