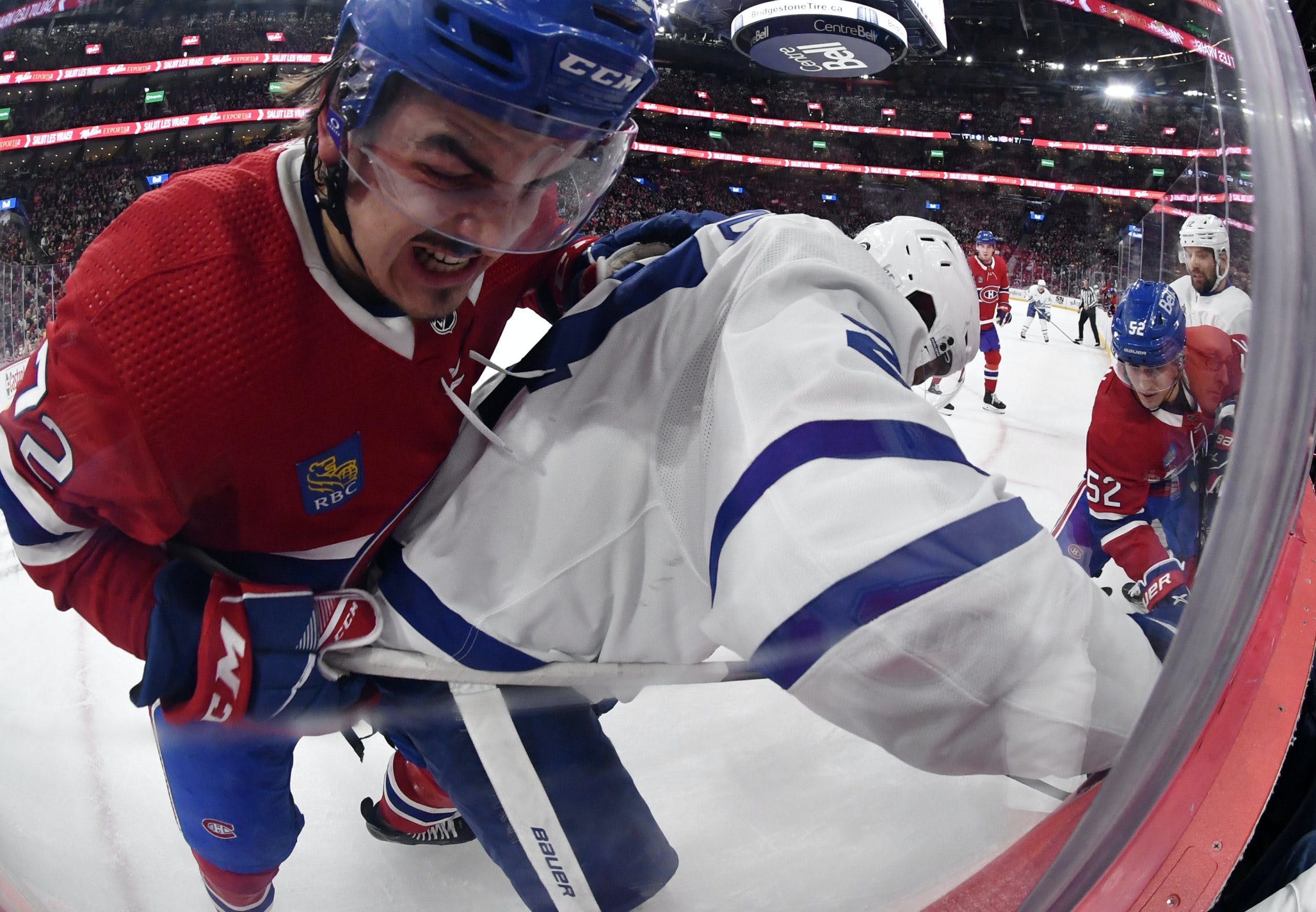 By Jon Steitzer
11 days ago

We’ll spend a lot more time with the always popular Corsi chart than we normally do because it sums up the game oh so nicely. The first period shows a Leafs team that absolutely had this. The Leafs were coming in and playing against a team that early in the day shut down their top goal scorer for the year, in a week where they had shut down their 1st overall draft pick for the year, and if Montreal didn’t have a defeatist attitude before the game, the Leafs made sure they had one heading into the first intermission.
That’s where one of two things happened. The first is that Martin St. Louis simultaneously acted out the entirety of the Miracle speech, the Any Given Sunday speech, and ran around the locker room sacking people like he was Rudy, or the other thing happened. The Leafs felt pretty good about themselves after getting a 2-0 lead and decided to lay one of their biggest turds of the season in the second period. Based on my eyes, it was the second one.
You can absolutely say there was an effort in the third period as well, but what can you say? If you don’t score it doesn’t matter so much and the Leafs didn’t score.
When it came to the Leafs offense, I think we can connect the dots to why the goals weren’t there when the chances were based on the players getting the opportunities. The Leafs were primarily led by Engvall, Kampf, and Bunting when it came to 5v5 chances. Nylander was up there, but when you have Matthews and Tavares at the same ixG as Zach Aston-Reese, you can certainly point some fingers.
It’s not often that we talk about Auston Matthews dragging down his line, so let’s accept that it is a rarity and this was one of those games.
In the spirit of not dragging this out too long, we’ll close by saying questionable overtime goal aside, it was passing grade night for Ilya Samsonov, and the fact that he didn’t quit on the team in the second period should buy him some credibility when it comes to letting in a stinker or two.
Samsonov finished the night with a .903 save percentage which isn’t great for him, but no one is going to call that a bad night. He had a .929 HDSV%, which speaks to the Leafs getting further and further away from the problems they had under both Jack Campbell and Freddie Andersen. And with expected goals against of 3.71, Samsonov wound up on the better side of what was expected of him in Montreal.
The Leafs fall to 9 wins and 8 losses against the bottom 10 teams in the league this season, so that’s a bit of an oddity to sort out at some point.
As for when Toronto plays next, they will be at it again on Monday against the New York Islanders who recently enjoyed their first night of “Fire Lou” chants. It should be fun.
Editorials
Recent articles from Jon Steitzer