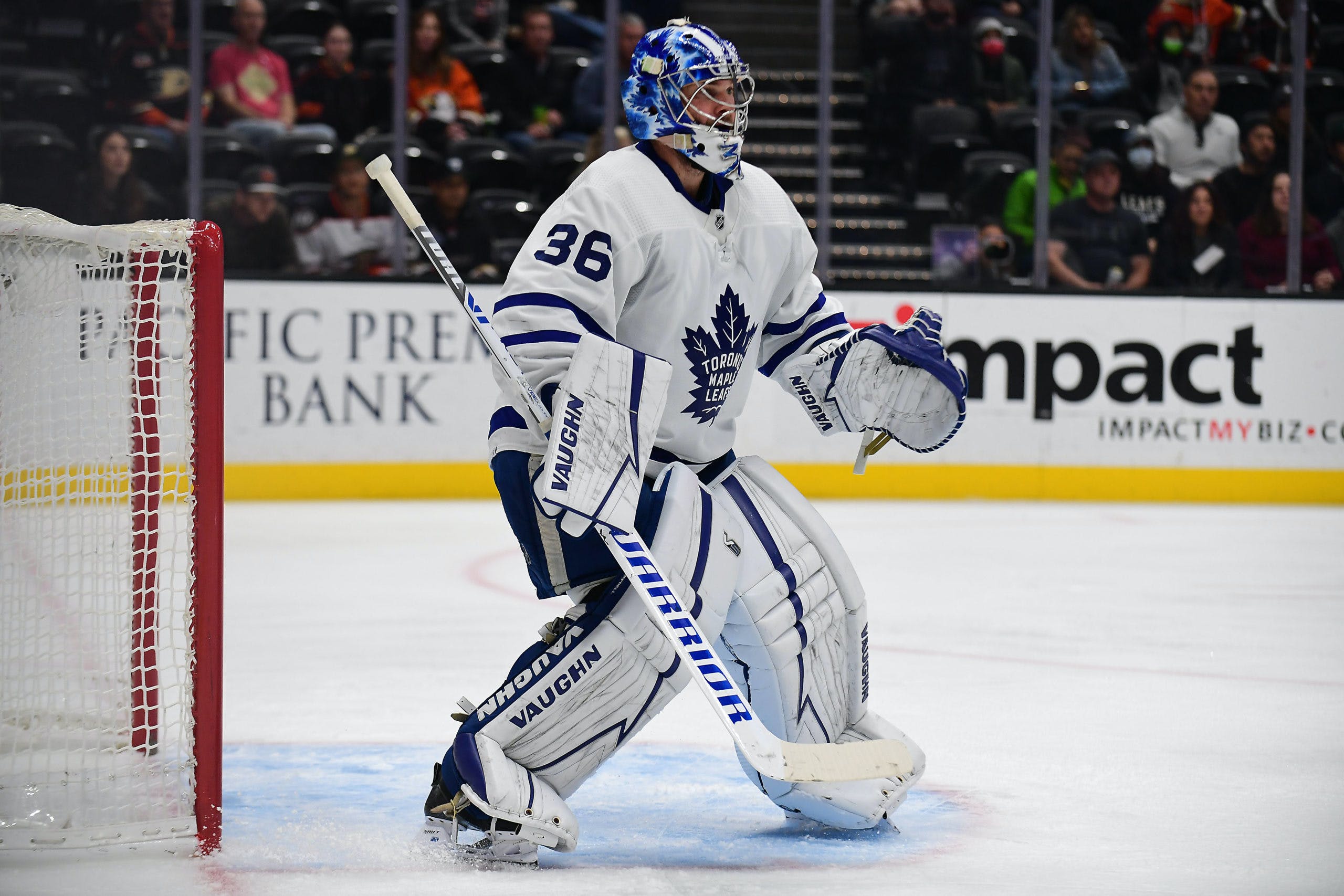 By Nick Barden
11 months ago
With four days remaining until the Leafs’ next game, more players have left COVID protocols and are back at practice.
Over the last few days, there have been plenty of transactions between the Leafs and Marlies. If I had to pick a day that had the most, I believe today would be that day.
Let’s start with the players who are at Leafs’ practice today.
There are a few players who’ve returned to practice today, and that list includes @Jack Campbell, @Travis Dermott, and TJ Brodie. Leafs head coach, Sheldon Keefe, and assistant coach, Spencer Carbery, also returned to practice today.
With three Leafs regulars returning, a few others have been sent back to the Marlies.
Those players include @Alex Steeves, @Brett Seney, and @Joseph Woll.
But wait, there’s more! As those three return to the Marlies, @Kristians Rubins gets the recall to the Leafs’ taxi squad. Toronto currently has @Kyle Clifford, @Alex Biega, @Filip Kral, @Carl Dahlstrom, @Joey Anderson and Rubins on the taxi squad.
“At the end of the day, I think my career so far was just, really, you control what you can control,” Biega said to the media on Monday. “I think for anyone on the taxi squad or the roster, you’re really one step closer to an opportunity to playing in a game. So, it’s just a matter of controlling what you can control, coming to the rink every day, and hopefully get that opportunity to play.”
Still in COVID protocols for the Leafs is @Morgan Rielly, @Jake Muzzin, @Rasmus Sandin, @Ilya Mikheyev, @David Kampf @William Nylander, and @Petr Mrazek. Leafs goalie coach, Steve Briere, is also still in COVID protocol.

With a few days remaining until the Leafs return to playing games, here’s how the lines shaped up today.
The forward group does not change after yesterday’s practice, but the defence pairings do.
As we saw before the shutdown, @Timothy Liljegren is getting more of an opportunity, this time with Brodie on the top pairing. @Justin Holl and Dermott, who have been together before as a pairing, are once beside each other. The final defence pairing consists of Dahlström and Biega, who’ve played a little bit together with the Marlies this season.
@Jack Campbell left practice early, which is part of his maintenance routine on most days.
The next few days will be interesting because we’ll get to see who comes out of COVID protocols before Saturday’s game. After Tuesday’s practice, Campbell said Marlies goaltending coach, Hannu Toivonen, will help out until Briere returns.
In terms of any other news from Leafs practice, Keefe and a few players spoke about their COVID symptoms. @Alexander Kerfoot said he stayed back in Vancouver, which is where he’s from and quarantined. The 27-year-old said he had symptoms early, but nothing else.
Dermott said that he had a few night sweats and a headache the day before he tested positive. The next day, when he confirmed positive, he said he felt fine.
Keefe returned home and quarantined with his family. He said one of his children tested positive, but the family was able to spend the holidays together.
After three-straight practice days, Toronto will take tomorrow off before being on the ice Thursday and Friday. On Saturday, the Leafs are scheduled to take on the Ottawa Senators at 7 PM ET.
Uncategorized
Recent articles from Nick Barden