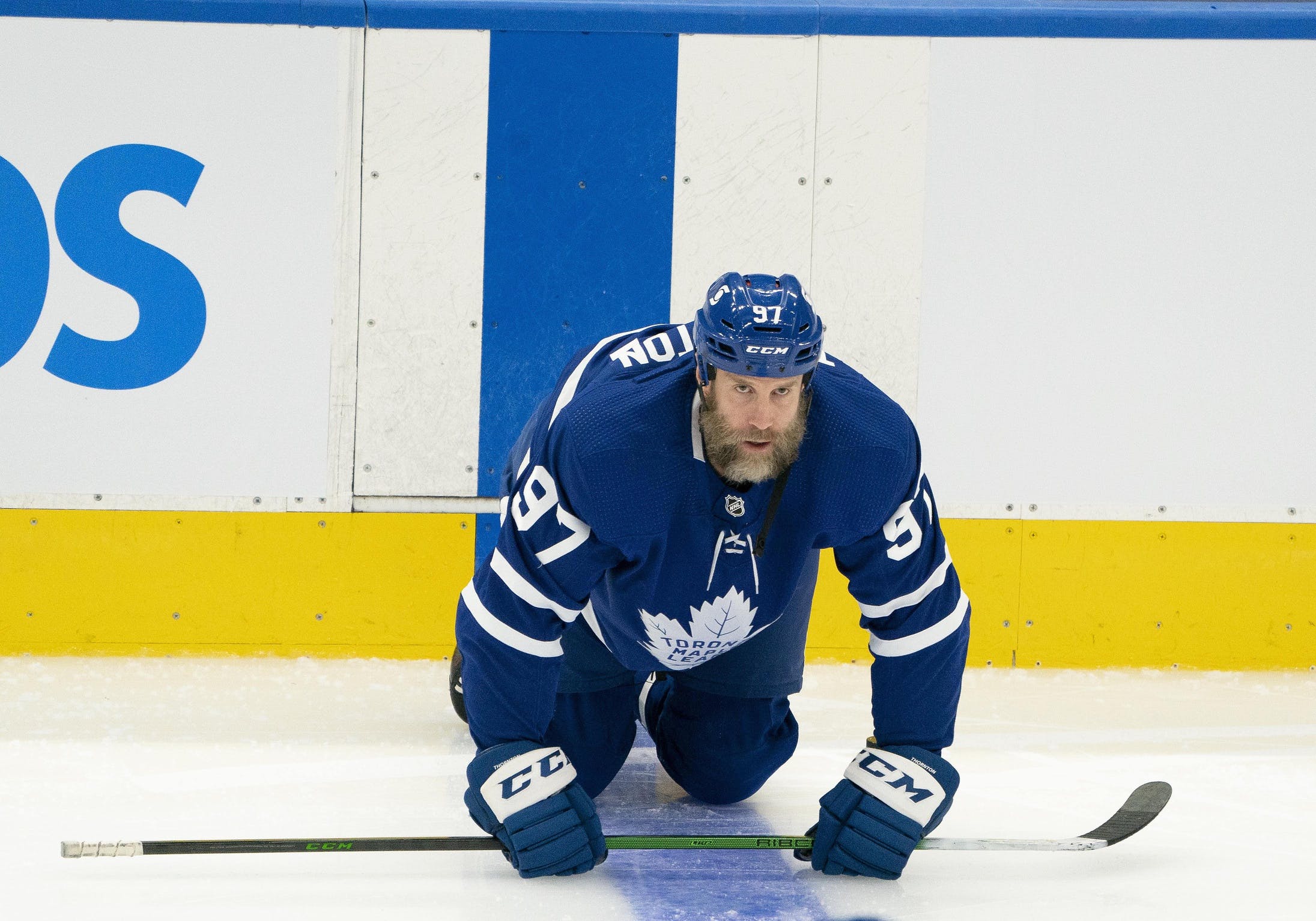 By Jon Steitzer
1 year ago
Today didn’t seem like a particularly lazy Sunday for the Leafs today, as they have made some significant changes to their lineup following their disappointing collapse against Montreal, and heading into a three game series with the Sens, who on paper are terrible, but on ice somehow manage to step up against the Leafs.
So that’s different. We see Thornton back on the ice, and with his opening night linemates in Matthews and Marner. The three of them were beginning to click at the time of Thornton’s departure, and seeing what they can do together again seems like a decent idea.
Hyman joining the Tavares and Nylander line is pretty great as well, given that neither Vesey or Mikheyev had anything to offer in their limited time with the second line.
The third line reabsorbs Mikheyev, but remains an uninspired collection of players who serve to remind us that forwards don’t always equal offence.
And the fourth line features Jimmy Vesey who should be in danger of falling out of the lineup following another performance like the ones he’s been putting out there this year. His requirement of waivers seems to be the only thing keeping him in the lineup at this point, but we should be at the point where losing Vesey on waivers won’t bother anyone. We also see the potential debut of Scott Sabourin, which could be an attempt at making the Leafs forward group tougher, but it could also be the Leafs doing him a solid and letting him face his old teammates.
The Thornton return is exactly what the Leafs need after a night where effort seemed to have disappeared. Having Thornton back in the lineup and in the top six gives the Leafs a bit more consistency between the top two units, and hopefully he’ll help get Matthews back on the scoresheet after a rare night without a goal.
A pretty interesting day when it comes to waivers, and perhaps something worth exploring when you consider the Leafs have a lineup that presently features Pierre Engvall, Jimmy Vesey, and Scott Sabourin. The Leafs can consider so offensive help, and Galchenyuk is a bit noteworthy in that regard.
Most recent evidence, including the fact that the Senators quickly bounced him and the Canes waived him before he could even get on a plane to join them, points to Galchenyuk being washed. If you look at his last 82 games, he has been with 5 teams over that span of time. He’s been with six teams in his career, and his bouncing around began in 2018, though really it was only last season and this one where you can say he hasn’t been good. At $1.05M he could be worth finding out for ourselves where he’s at and potentially having another Russian speaking player could make for a potential depth line fit of Mikheyev-Galchenyuk-Barabanov, though I suspect all three have struggles that go beyond language barriers, and obviously there isn’t actual a language barrier for the American born Galchenyuk.
Nevertheless, I think he’s worth a shot. He’s low risk, low cost, and it comes down to having faith in the Leafs development coaches being better than the Senators, Coyotes, Penguins, or WIld.
It also seems like a good point to acknowledge that Gabriel Carlsson is on waivers, and 6’5 former first round pick defensemen are always worth acknowledging, even if he’s 24 and hasn’t been able to stick in the NHL at all. He’d be an interesting player to take a look at, as it’s entirely possible he’s capable but just not a fit with John Tortorella, but given the Leafs current defensive depth situation, I can’t imagine anything will happen here.
If I may be so bold, my prediction for waivers is the same thing that happens every waivers, and all of these players will clear. The one that may prove me wrong might be former Leaf Par Lindhom, because it’s the NHL and everyone wants to believe that forwards that are constantly chasing the puck are in fact defensive specialists.
We’ll know what’s happening with waivers by noon ET tomorrow, and the new Leafs lines will make their debut against the Senators tomorrow night at 7pm ET.
Uncategorized
Recent articles from Jon Steitzer