Oilers have needs that the Maple Leafs’ roster can address 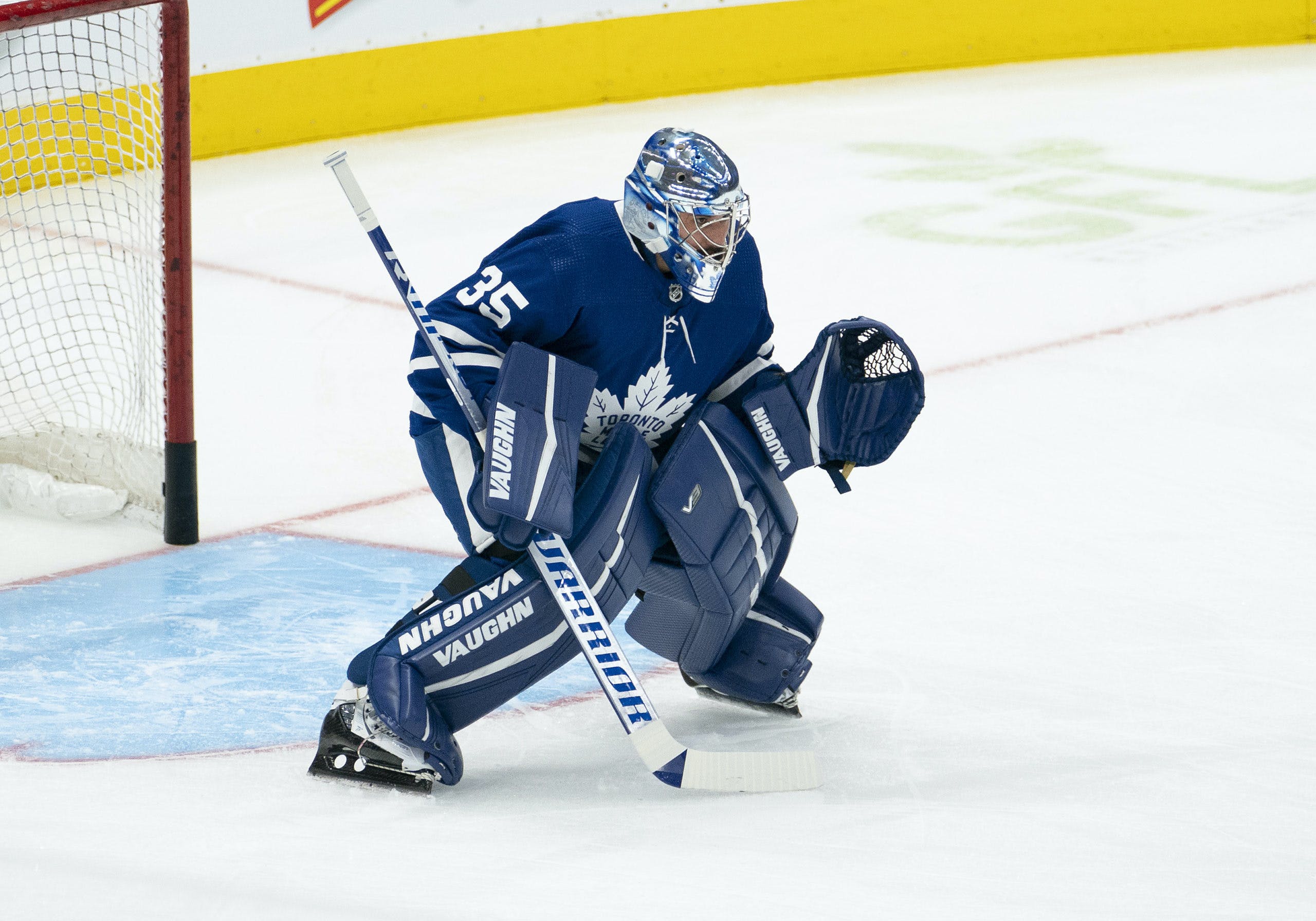 By Jon Steitzer
1 year ago
The Oilers are a quickly sinking ship and no matter how amazing Connor McDavid is, he seems incapable of saving the team from themselves. While it seems that Dave Tippett will end up being the fall guy for their struggles, it’s quite clearly Ken Holland that has held the team back, with a goaltending duo that is astonishingly a step back from the Chiarelli years, and blueline that has been “upgraded” to include Cody Ceci, Tyson Barrie, and Duncan Keith. Somehow a seven year contract for Zach Hyman is one of the moves that Holland can hang his hat on, and other than that his best personnel have been inherited from the Chiarelli years. That’s not a good look.
The Oilers find themselves looking for upgrades in a few areas. You’ll know them as the areas that the Oilers have been looking to fill since the McDavid era began. They need to upgrade in goal, they need to upgrade on the blueline, and they want a physical bottom six player who can potentially chip in some offense. That’s where the Leafs come in.
Looking at the areas the Oilers need to address, they sound an awful lot like the areas that the Leafs are currently or will be shopping in the future. Once the ink is dry on the Jack Campbell contract, there certainly isn’t much reason to keep Petr Mrazek’s contract around. There will be a need for the Leafs to still have a capable backup option, but Mrazek is going to be too expensive, especially if there is hope that the Leafs are just a season and a half away from Joseph Woll being a capable backup option. Short term, and lower cost will be the name of the game now that the Leafs want a backup, not a partner.
As for the Oilers, well, Petr Mrazek will likely be one of the more capable options available even if this season doesn’t showcase it well. With only three games played, there isn’t a shortage of question marks around him and the fact that Mrazek had just 12 games last season as well, he’s not the poster child of reliability. So Oilers fans reading this, I see you, he’s not your first choice, but there is a saying about beggars being choosers, and the Oilers are certainly in the position of being beggars when it comes to goaltenders. Toss in the familiarity that Holland has with Mrazek, and that’s why I’m floating this whether Oilers or Leafs fans like it or not.
Looking at the next item on Holland’s shopping list and there is no doubt that Travis Dermott or Justin Holl might be options for the Oilers blueline. With all due offence meant for the Oilers, Holl has already proven himself capable of establishing himself ahead of Barrie and Ceci in a lineup, and Dermott, well, with Dermott he’d be a fit because outside of Darnell Nurse the Oilers have nothing resembling a NHL caliber left side defenseman on their roster, unless you count William Lagesson, who they are reluctant to play.
Whether or not the Leafs should be shopping defensive depth remains an important question that Toronto needs to answer, but if the plan is still to roll the dice in order to get Sandin and Liljegren in the lineup full time, yeah, one of Dermott or Holl could be gone.
That brings us to the recent comment from Ken Holland about wanting someone physically tough to play against, and while I’m confident that there isn’t an Oilers fan out there who approves of the idea, I’m sure most Leafs fans immediately were ready to offer up Nick Ritchie, no strings attached. I’ll give Oilers fans the benefit of the doubt that I won’t give their GM, and assume they aren’t particularly interested in a 4th liner making $2.5M for this year and next, especially when they already have $3.2M for each of the next three seasons committed to Zach Kassian to do the exact same thing.
Still, there’s a finite number of players that will be available, and if Ritchie is viewed as one of the better alternatives, maybe he too fill a need for the Oilers, and free the Leafs up to get essentially the same thing out of Kyle Clifford at 40% the price and no commitment beyond this year.

Now for the catches…

The reality of these two teams coming together on a trade seems much more destined for the offseason. If the Oilers go through another year without upgrading their goaltending in free agency, Mrazek will still be there as an option. Likely Ritchie, Holl and/or Dermott could all be options too.
If there isn’t bad blood existing between Holland and Dubas over the Hyman contract, it makes sense that these teams will talk. If not, hopefully the next Oilers GM will be a bit more interested in what the Leafs have to sell in the summer.
Uncategorized
Recent articles from Jon Steitzer