Player Valuation and bargain hunting in the offseason 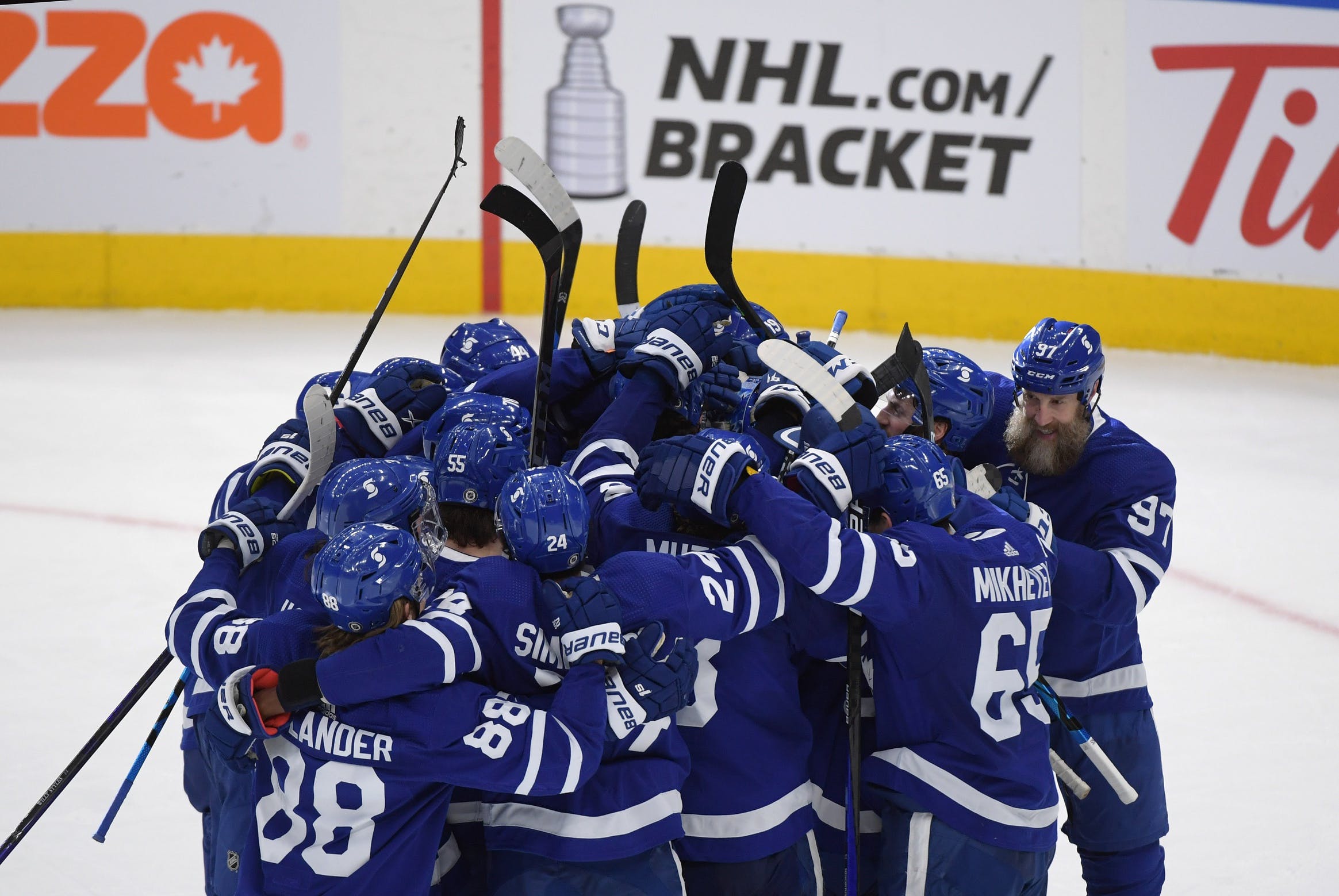 By Jon Steitzer
1 year ago
It’s probably no secret at this point that the Leafs don’t have a lot of cap space. I mean, they have the cap space to bring in maybe one significant player, but after that it’s going to be about bargain hunting some of the better, cheaper options in free agency. While the lesser known signings certainly aren’t as fun as big game hunting players like @Dougie Hamilton or @Taylor Hall, teams like Tampa Bay and Montreal certainly point to the importance of having a depth that contribute beyond their contract.
To some extent the Leafs did have that though. @Jason Spezza and @Joe Thornton certainly provided value beyond their contracts, it just may come down to utilization, miscasting of roles, or you could argue in Thornton’s case, that his opportunity to play a significant part of the year within the top six forward group propped up his numbers beyond his personal contributions, which is both a fair criticism, but also ignores the fact that a capable top six complimentary player at that price isn’t anything to scoff at and the Leafs failing to consider style of play into the roster construction isn’t his shortcoming.
That’s me getting sidetracked. The point there is that the Leafs have been effective at finding value in cheap free agents, and that’s a practice that needs to continue.
For my purposes today, I want to revisit my own form of player valuation, the total player score. I wrote about it on the site once before, and it basically is a modified game score including a few additional individual outputs as well as considering what happens in on ice play. Some of the key things to know about it are as follows:

Individual Outputs
So the calculation breakdown is fairly simple:
Goals * 0.8
Primary Assists * 0.7
Secondary Assists * 0.5
Penalties Drawn – Penalties Taken * 0.2
Blocked Shots * 0.1
Hits * 0.02
Those results would be added together and divided by games played to produced the individual output component.
Aspects that were in Game Score like individual shots, and face off win/loss would lend itself more to forwards than defensemen so they have been removed. There has been slight adjustment’s compared to Dom’s approach on when it comes to goal valuation, blocked shot valuation, and secondary assists as well, and a modest bump up to penalties drawn/taken as well.
Most notably, the CF-CA part of Game Score has been excluded from the individual output, and that’s because it’s been given separate consideration as part of the Total Player Score below…
On Ice Play
So trying to balance the individual outputs with the on ice outputs is equally important, especially when trying to quantify the impact of defensemen. Rather than a straight forward CF to CA, I made the decision to put some additional emphasis on high danger shot attempts, and significantly less on the low danger chances. The multiplier for High Danger was based on the league total high danger shot attempts related to medium danger ones. The same is true of low danger in relation to medium danger. Arguably the same could have been achieved by using an existing expected goals value, but the purpose of this stat is to be for simple people like myself to be able to see how the sausage is made, and to do that, I relied on my less nuanced values.
Here’s the calculation:
High Danger Corsi For divided by High Danger Corsi For and Against * 2.89
Medium Danger Corsi For divided by Medium Danger Corsi For and Against
Low Danger Corsi For divided by Low Danger Corsi For and Against * 0.24

The sum of these three values is multiplied by time on ice.
The outputs give an exaggerated version of Corsi, and that’s essentially what I was hoping for out of this. I considered using HDCF exclusively, but decided the weighting approach captured the idea of “the full 60 minutes” better.

That’s the short refresher on it. You can also find my Tableau Dashboard which looks at each player’s scores.

So now that you can see what I’m working with, there are some key numbers worth focusing on here. The first one is the TPS percentile which shows where the player is comparison to the rest of the skaters around the league. The second is the cap hit percentile which does the same, but obvious for the cap hit. For our purpose of finding the best value free agents, it’s going to be a matter of finding players that have the best weighted contract value possible. Given that we’re talking about free agents we don’t know exactly what that number will be yet, but in a flat cap we start with how much they made last season.
When looking at some of the best weighted contract values from last season the first name that stands out is Michael Bunting.

While he only played 21 games last season Bunting was a bargain for the Coyotes in those games, and while he rode shotgun with @Conor Garland and @Nick Schmaltz to have that success, Bunting’s physical play and ability to finish seem like he has at least part of the skillset that was valuable in @Blake Coleman and what the Leafs are looking to replace with the likely departure of @Zach Hyman.
Another name that sticks out is the very briefly a Leaf, @Evan Rodrigues.

Rodrigues had the benefit of the “Mark Donk” effect in Pittsburgh, as he was a bargain forward given the opportunity to ride shotgun to some higher level players or be sheltered by the competition they’d draw. Still, Rodrigues exhibited his value and given that there is a similar need to find capable supporting cast members in Toronto, Rodrigues could be a fit if he’s now willing to venture north of the border.
In both the cases of Rodrigues and Bunting, there isn’t much likelihood they’ll be as cheap as they were last season, but both could be bargains in comparison to what they bring to their team.
As for the overall look at who are highest valuation unrestricted free agent skaters, the list is as follows:
Interestingly enough the list is rotten with former Leafs, and some soon to be former Leafs as @Cody Ceci and @Tyson Barrie are joined by Thornton, @Nick Foligno, and Hyman. When it comes to finding potential value on this list, it starts becoming more of a challenge, as @Jake McCabe’s injury might push him into that category, as well as age being a factor for players like @Nick Bonino and @Ryan Getzlaf. Michael Bunting appears on this list as well, which emphasizes my personal bias towards the Leafs adding him, but as for true difference makers that are likely to exceed what the Leafs would invest in them, I’d imagine @Taylor Hall and @Tomas Tatar would show the most promise.
You’ll probably notice the list is additionally rotten with a number of rumoured Leafs targets like the previously mentioned Hall. That’s not surprising given that free agency generally has limited offerings, but @Dougie Hamilton is a top tier option, while @Mikael Granlund appears to be a value add player assuming the Leafs can get him at around his current cap hit.
Looking at the Leafs as a point of comparison to the free agents, you can see where the bar for improvement is set and it’s probably around the 70% precentile for the Total Player Score. If the assumption is that Joe Thornton was underwhelming, the Leafs will need add players beyond that ability, but not far off from that price. What we can also see is the Leafs top five forwards and top four defense really lived up their billing in the regular season last year, but there was a noticeable drop off after that.
Assuming that the Leafs can successfully integrate Sandin and Liljegren into their blueline next year, defense is looking strong. There is probably a need for at least two higher caliber forwards before accepting a talent drop off and that should give the Leafs a bit of an idea about where it’s wisest to spend their money this off-season.
Uncategorized
Recent articles from Jon Steitzer