Playoff Preview: While it’s unlikely the Leafs will face the Jets, they might be the toughest North Division competition for Toronto 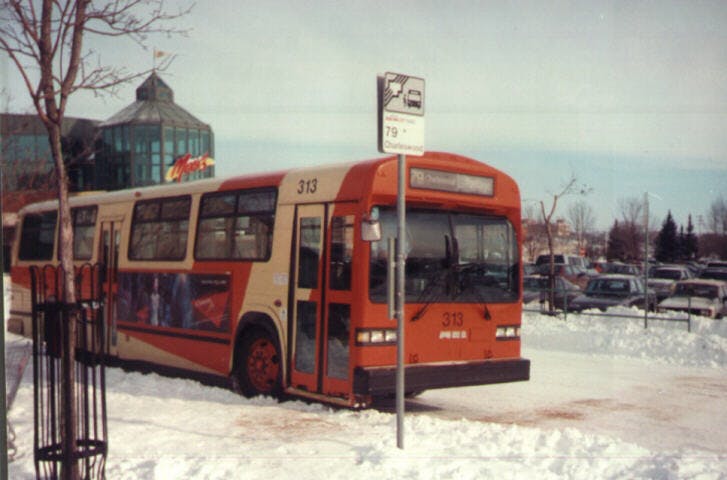 By Jon Steitzer
1 year ago
When we set out to do our playoff previews and look at the three other North Division playoff bound teams, the Jets were the interesting wild card in this. They were either going to continue to slide in the standings to the point where they would be facing the Leafs, or they would barely cling to the 3rd spot in the division and end up facing the Oilers and could fall victim to the Connor McDavid show, making this preview as useless as an air traffic controller in Winnipeg.
Still for the sake of thoroughness and recognizing that eventually Mike Smith will come back down to Earth and hard, it seems worthwhile looking at the Winnipeg Jets, a team I was crazy enough to pick to get past the Oilers despite things like this…
So that is an uphill battle. That doesn’t mean the Jets can’t pull it off, but they are the first test to see if Connor McDavid will continue scoring at a 1980s pace or whether having a Vezina caliber goaltender is enough to make up for the complete lack of a blueline.
We also learned from the Leafs ease of pushing around the Jets late in the season that they won’t exactly be imposing themselves on players like McDavid or Draisaitl, and giving players like that some room doesn’t do much for the likelihood of the Leafs having to buy bus tickets to Winnipeg in June.
Now, that said Winnipeg has a deep top six forward group. Nik Ehlers, Kyle Connor, Pierre Luc-Dubois, Mark Scheifele, Blake Wheeler, and Paul Stastny are probably enough to tit for tat with the Oilers, who are essentially a two trick pony.

More importantly, how would they match against the Leafs?

Really there aren’t any unfavourable opponents for the Leafs in the North Division, but if there was, it might be the Jets. Winnipeg had the best record against the Leafs, as they went 4-4-2 against Toronto. The Leafs scored their second lowest average goals per game total against Winnipeg (3.00) and Toronto had their second worst goals against average against Winnipeg with 2.80. Some of these numbers are helped by the Jets beating Toronto in the meaningless final game of the season, so if you want to a “they were actually 6-3-0 against Winnipeg in games that mattered somewhat” attitude, I’ll grant you that.
The fact that Jack Campbell had a 4-2-0 record with a .921 save percentage is also pretty darn encouraging. Campbell saw Winnipeg and Montreal the most of any opponents with six games against each this year, and with that all signs point to him faring quite well in a best of seven series.
In contrast, Connor Hellebucyk played 9 games against the Leafs, had a 3-3-2 record, and a nearly identical .920 save percentage.
Beyond Hellebucyk the story around the Jets is their top six forward group. Connor, Ehlers, and Scheifele were all point per game players against Toronto this season, with Connor having 7 goals in 10 games, and Ehlers with 9 in 6 games.
Connor had nearly identical numbers against each of the Leafs top pairings when looking at his CF/60, but the Leafs did slightly better on CF% with Rielly-Brodie, and they had significantly better results on GF% as well.
The numbers when facing Ehlers are a bit more divided. Muzzin and Holl did better at containing Ehlers and limiting his opportunities, but Ehlers only had a 20% GF% when playing against Rielly-Brodie.
As for the other side of the coin, the Jets defense is a gift to their opposition, but unfortunately, Connor Hellebucyk is not. Matthews had 5 goals, 10 points in 10 games against the Jets, interestingly enough this was the worst he did against any North Division opponent. Marner had 13 points, 6 goals in 9 games against Winnipeg. Tavares had 7 points in 10 games, and players like Nylander and Hyman had even less. While the scoring by committee approach seemed to work for the Leafs against the Jets, the second line having question marks against Winnipeg might be another worry if these two teams find each other in the second round.
It was Pionk and Forbort that saw the Matthews line the most this season, and while Pionk’s probably the best defensive option on the Jets, he is no match for Matthews, and Auston had 60% CF%.

It was against the Jets, late in the season that Toronto decided to demonstrate some ability to play physically and intimidate their opposition a little. The debut of Nick Foligno helped, but the resurgence of Wayne Simmonds, and Joe Thornton adapting to a role he’ll need to fill come playoff time also took shape. Throw in some surprising “whatever it takes” play from Rasmus Sandin and the Jets and their fans were ready to call the police on the Leafs.
I can’t think of anything more encouraging than this. Imagine the Leafs facing an opponent in the playoffs were they are the intimidating team that imposes its will. A lot of a difference a year can make. There is the small matter of facing Pierre Luc Dubois, who was solid against the Leafs during the summer play-in, but while Dubois got a lot of the credit, the Leafs seemed to add the two players who were the bigger thorns in their sides by acquiring Foligno and Nash.

If there is a reason to worry about a North Division opponent it might be the Jets, but it is also unlikely they will see each other given the success the Oilers had against them. So there’s that. In the event that the stars do align and we get a Toronto vs. Winnipeg series, the Leafs will need to exploit the Jets defense as much as possible, and set up camp in Winnipeg’s end. The Jets have enough offensive talent to make things difficult for Toronto, and if Connor Hellebucyk is going to be goalie-ing teams, they’ll need all the shots they can get on him to get through the series. Still, you have to love how this division favours the Leafs.
Uncategorized
Recent articles from Jon Steitzer