Rasmus Sandin has adjusted quickly to the season’s early challenges 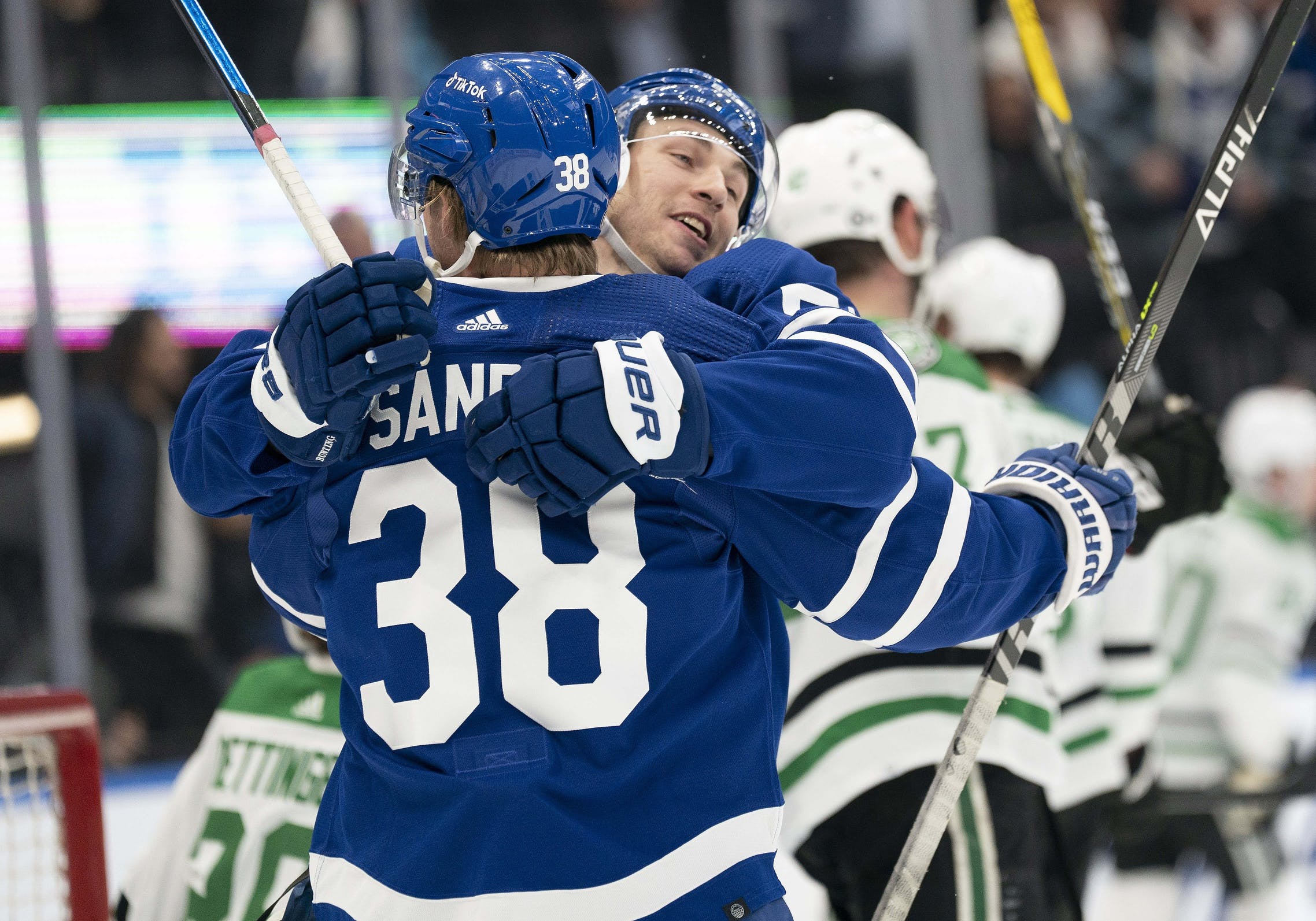 By Steven Ellis
3 months ago
How quickly do you think Rasmus Sandin’s agent, Lewis Gross, reached out to Toronto Maple Leafs GM Kyle Dubas after Jordie Benn and Carl Dahlstrom went down with injuries during the pre-season?
It had to be darn quick, because on Sept. 29 – after the announcement that Benn and Dahlstrom would be out for an extended period – the two sides ended the summer-long stalemate with a two-year deal to Stay in Toronto. But it also meant missing over a week and a half of training camp and he only got into the final two exhibition games with Detroit before starting for real.
And on top of the delayed start to the season, Sandin found himself in a new role, too – playing the right side.
It sounds stupid that just the side of the ice you play on can be seen as such a drastic change, but it’s all about comfort. Swapping that out can take some adjustments when you’ve spent your whole career doing one thing. Sandin played one game on the right side against Buffalo last year, and it was a mess. But so far, he’s starting to figure things out as the Leafs can afford to be patient with him. Timothy Liljegren is still a while away, so the Leafs needed someone to fill the gap on the right side for the time being.
“It was different in the beginning, just playing with your stick on the inside the whole time,” Sandin said. “You want to cover the inside the area, the middle of the ice too. It’s been a little bit of an adjustment but (Mark Giordano) has been helping me a lot out there.”
Sandin said he chats often with the 39-year-old Giordano to get more comfortable with the adjustment. Giordano, a left-handed shooter, has experience playing on the off-side before. Having an experienced veteran by your side, especially as a young defender with no guarantee of more ice time, is enormous.
Giordano is a massive fan of what Sandin brings to the table.
“I think he’s been good, you can see he’s getting more and more comfortable every game,” Giordano said. “But I think the way he skates and the way he moves the puck, it’s obviously his strength and he’s been doing that here.”
And the pair has worked. According to Money Puck, the Gio-Sandin combo leads all Leafs defensive units with a 57.9 expected goals percentage with the fewest expected goals against at 1.6 At 5-on-5, neither defender has been on the ice for a goal against. They aren’t flashy, and they’re playing more sheltered minutes, but they’re getting the job done. Sandin was also more physical on Saturday, landing five hits.
Many expected – understandably – for Sandin to struggle early on. He hasn’t looked too frazzled, and having a veteran presence along for the ride has given Sandin the ability to try and learn from mistakes without feeling punished. And with three defensemen on the shelf, it’s not like the club has many other options, either. Whether Sandin stays on the right side or not when the back end is fully healthy is unclear, but the experiment is working for the most part right now.
It’s early days, but it’s so far, so good for Sandin.
Editorials
Recent articles from Steven Ellis