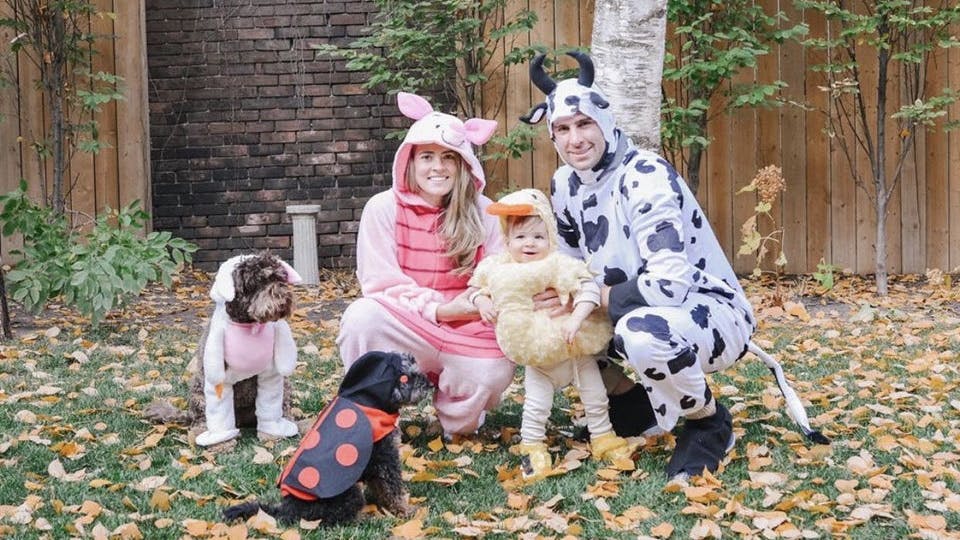 By Roxanne Khasow
1 year ago
If you keep up with the Toronto Maple Leafs on social media, you’d know that they love their pets and even bring them around the ice from time to time. I know the season is right around the corner, but we’re going to have some stress-free fun today and take a page out of WeRateDogs’, and rate the loveable Leafs dogs.
Auston Matthews and Felix
We’re starting off strong with Matthews’ pup, Felix. He seems like a cuddly and dapper fellow, 11/10.
Mitch Marner and Zeus
Marner has lots of Zeus content on his Instagram and I’m here for it. Zeus is a big fan of hockey sticks and gloves, and clearly meant to be a Leafs dog, 12/10.
John Tavares and Charlie and Bo
These costumes alone are a 10/10. Charlie and Bo look a little unimpressed, but they’re playing along with the rest of the Tavares gang, so they get a 14/10.
William Nylander and Pablo
Nylander and his pup both have magnificent hair. For being an affectionate boy and being the coolest dog at any given park, Pablo gets a 12/10.
Ilya Mikheyev and Stella
If this whole hockey thing doesn’t work out for Mikheyev, he and Stella can definitely be models, 11/10.
Morgan Rielly and Zoe
Two of the main reasons that Rielly needs to stay in Toronto are, because of his talent, and Zoe, the cutest pup to exist, 14/10.
Alexander Kerfoot and Coconut
Not only is Coconut (and this family photo) adorable, but she’s also quite the businessdog with a few sponsored posts. For her name, and business pizzazz, 12/10.
Justin Holl and Franklin
Just look at those puppy eyes, 14/10.
Travis Dermott and Niylah & Huxley
This is probably one of my favourite photos yet. Dermott’s pups are adorable and look like they have loads of fun, follow along for all the dog content, 12/10.
David Kämpf and Dobby
Kampf and Dobby are quite the adventurous pair, and icymi, Dobby even has his own page! Follow him for all his cuteness and Toronto fun, 13/10.
Uncategorized
Recent articles from Roxanne Khasow