Reading too much into what I saw on the ice today 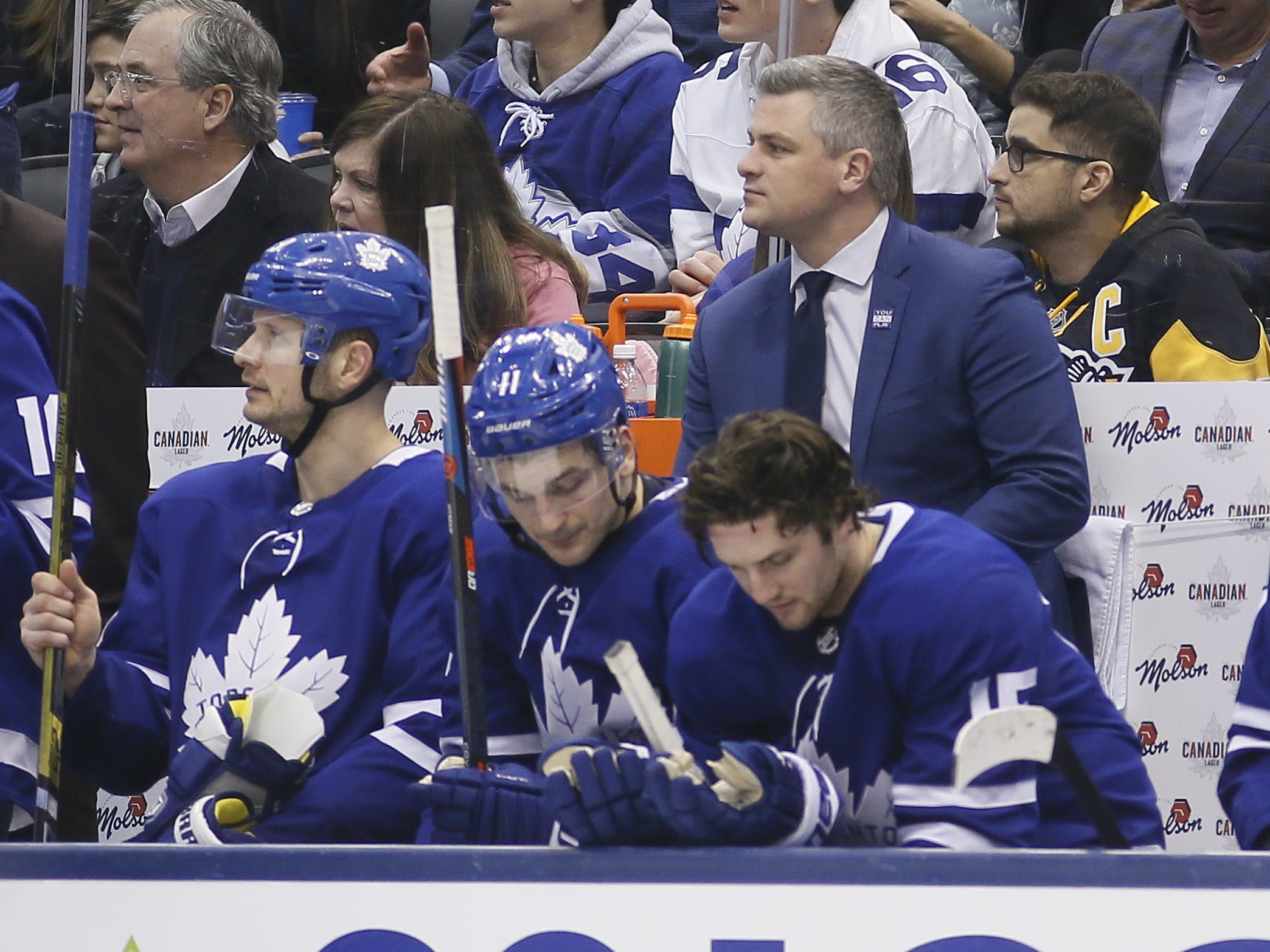 By Ryan Hobart
1 year ago
I’m not the kind of person who likes to be told what to do, so when Sheldon Keefe told reporters not to read to much into the lines at practice today, I knew exactly what I had to do: read too much into them.
There are several jarring changes from what the Leafs have been running recently to tear into. My beautiful editor Jon Steitzer already covered the change in net, with Frederik Andersen returning to the lineup after being out for a long time.
As such, I’ll just read too much into the forward lines and defense pairing that Sheldon Keefe chose to attack me with today.

How on earth does Alex Galchenyuk, our favourite redemption arc boy, end up sitting on this team, in favour of offensive black hole Riley Nash? That’s not to unfairly disparage Nash, he’s a capable hockey player, but nothing good can happen offensively while he’s out there.
Meanwhile, Gally has been a fountain of youth and spark of competitive spirit in John Tavares and William Nylander, respectively. He’s elevated the play of that line tremendously since he was put on it. While I understand that Zach Hyman and the big-splash-trade-deadline-acquisition Nick Foligno need their places in the top-9 forwards, I am incredulous at the idea that Galchneyuk doesn’t deserve one of those places too with how he’s played.
Ilya Mikheyev has had a quite poor season, Riley Nash can’t generate offense to save his life, and while I like Alex Kerfoot in the right role, Alex Galchenyuk has been the better player this year, by a significant margin.
Hopefully Keefe is just messing with me on this one, but I’m forced to be very concerned at this lineup change.

It’s not that surprising to see that Zach Hyman will find himself playing with two of the best players in the league on that top line; his role has been to complement those kinds of players for a long time. However, in the case of Foligno, his role has been more of a checking line one in Columbus. Knowing that, it’s confusing that his place on this Toronto team is with the big four (Matthews/Marner to start, and now Tavares/Nylander).
It’s ridiculous when the Leafs have so many good offensive weapons to pair with the the skill of their top forwards to see a checking forward jammed into that role instead. However, when you consider the success that Hyman has had in that role, you have to concede that the possibility of it working out well is there.
Ultimately, the Leafs are making a gamble that Foligno can elevate Nylander and Tavares the way that Hyman does, and the way that Galchenyuk already proved to be able to do, as mentioned above.

Hopefully you read the incredulous, frustrated tone in this article with the facetious undertone I had while writing it. While not satirical, I certainly exaggerated my feelings on these practice lines for the sake of a laugh. Underneath that exaggeration, though, are some real points on how good Alex Galchenyuk has been, and how the salary cap is shafting Rasmus Sandin. So, I hope you found those gems in this rough.
Of course I don’t think that Sheldon Keefe has concretely set the playoff lineup based on one practice lineup. So far this season, I’ve not been given much reason to distrust Keefe’s lineup choices, so I have to believe that he’ll make correct ones going into the playoffs when those decisions matter most.
Uncategorized
Recent articles from Ryan Hobart